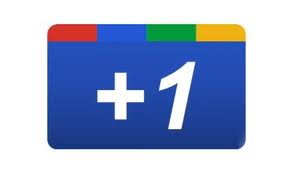 At its core, digital photography is a community activity. Family, friends, co-workers, other photographers and the whole wide world want to see the images you’ve shot and many of your fellow photographers want to know how you shot them. Without this community element, photography is virtually a useless hobby. Of course, professionals are also in the “sharing” business. People pay to see and obtain copies of the pictures professionals take. The Internet has become an almost perfect environment in which more photographers can expose more of the world to more of their work through Facebook, Twitter, Flickr, Tumblr, etc.

Now, the 800-lb. gorilla has entered the digital room, with its social media application, Google+. According to many reports, this is a gorilla you want to feed plenty of bananas and make your friend. Google+ will, no doubt, benefit from Facebook and Twitter being the original catalysts for the explosion of online social networking, but Google+ is already beating them. It took less than two weeks for Google+ to reach the 10-million-users mark and these people were by invitation only. Facebook and Twitter needed more than two years each to gather 10 million users. The actual reason Google+ has grown so fast may be that it has developed technology that provides users (especially digital photographers) with many advantages that challenge Facebook and Twitter directly.

A Stronger Feeling of Community

Internet and media reports indicate that Google+ does a better job of creating a more compelling atmosphere of community. Users are discovering that they receive many more times the contacts than they did on Facebook or Twitter. This is particularly significant for photographers because receiving more feedback quicker makes social-networking time more efficient, and effective for those photographers trying to make a living.

The Google+ function known as Circles is a prime example of an advantage over Facebook. Many Facebook users complain that there is no mechanism to share posts with specific groups of people. Everyone sees every post. As a photographer, that means some people see your images that have no interest in photography. Then, you must look through all your status updates to find those that are relevant. In addition, there is no function in Facebook to see the status of a specific group of people unless you visit each of their pages. These limitations make Facebook quite time-consuming.

Google+ Circles allows you to create groups, or circles, of people, according to common interests or connections. Your immediate family can be a circle, your close friends another, acquaintances in another and, most importantly, your photography buddies/contacts in a separate circle. Instead of all of your photos going to everyone, you can decide who sees which images. The same method works when viewing others’ posts: You select the criteria that only show the posts you want to see.

No doubt, the smart people at Google recognized that photography was a primary content component posted and shared on Facebook, Twitter, etc., although those sites didn’t seem to be designed to help photographers show their work at its best. Facebook has a maximum limit of approximately 700 pixels in width and many photographers find the quality of their images to be sub-par. Google+ has made it known from its introduction that the company was thinking of photographers when it developed its platform. Google+ accepts photos with a maximum width of 2,048 pixels. This is well beyond the requirements of most photographers to display images on the Internet.

Early photography users of Google+ are also reporting that there is a noticeable improvement in the overall quality of their photos when viewed on Google+. They also comment about how much they like exploring other photographers’ galleries because of their ease of use. The thumbnails indicate how many comments have been left. Then, a simple click on the image reveals a light box of the photo and a place to write a comment.

Read Part 2 of this PhotographyTalk.com article for additional advantages of Google+ for digital photographers.