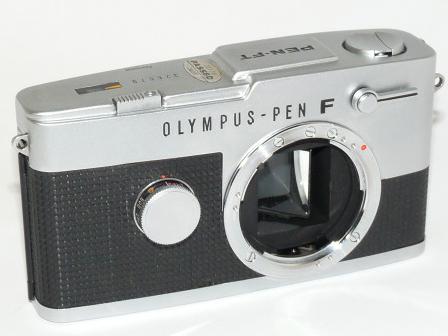 Olympus was born from a dream shared by two men to design and manufacture microscopes. Shintaro Terada was the first Japanese to build microscopes with industrial processes during the second decade of the 20th century. One of his microscopes won the bronze prize at the 1914 Taisho Expo. He previous experience was making thermometers.

Takeshi Yamashita studied to be an attorney and was graduated from Tokyo Imperial University Law School during 1915. He spent one year in the military before taking a job at Tokiwa Shokai, a trading company. He was quite successful at sugar trading, and generated significant profits for the company. Yamashita’s employer was so pleased with his work that he was permitted to start a separate business called Takachiho Seisakusho. His partner in that venture was Shintaro Terada, who Yamashita knew since he became an attorney. The two friends wanted their company to produce microscopes, domestically.

When Terada won the bronze prize for his microscope, he caught the attention of a long-established medical equipment firm, which provided the financing, so Terada could develop M&KATERA microscopes for the firm. That experience made him the perfect partner for Yamashita, so Terada went to work for Takachiho Seisakusho, becoming its chief engineer. The company was founded October 12, 1919, with the name “Olympus” first being registered as a trademark in 1921. By 1923, Yamashita and Terada sold the thermometer portion of their business and concentrated on building microscopes.

The partners continued to design and manufacture many types of microscopes during the 1920s and 1930s, with the first Olympus camera, the Semi-Olympus I, introduced during 1936. During World War II (1942), Takachiho Seisakusho became Takachiho Optical Co., Ltd. Following the war, the company continued to grow as the world economy stabilized and new markets were opened. During 1948, Takachiho Optical Co., Ltd. brought the first Japanese 35mm camera with a lens shutter system to the market. It was called the Olympus 35 I. The next year, the company changed its name again, this time to Olympus Optical Co., Ltd.

Throughout the 1950s, the company pursued various opportunities, designing the first gastrocamera, the GT-I, which was introduced during 1952. The company also made biological microscopes and added measuring equipment to its growing list of products. Then, during 1959, the Olympus Pen half-frame camera was unveiled. Into the next decade, Olympus Optical Co. established divisions in Europe and the United States. By 1969, Olympus added to its reputation for innovation by announcing the Zuiko Pearlcorder, the world's first micro-cassette tape recorder.

The 1970s saw Olympus continue to expand its microscope and medical equipment business and compete in the photography market with the compact and lightweight Olympus M-1 (renamed OM-1 in 1973) SLR system (1972) and the Olympus XA, the world's first camera with a sliding lens barrier (1979). Further advancements in laser optics, the fiberscope, automated pre-transfusion blood testing system and other clinical equipment were the highlights of the 1980s, as well as another name change to Olympus Corporation. Photography was still an important part of the company’s overall business during this period, and beyond.