Photography Tip—How To Capture the Power and Glory of Trains, Part 1 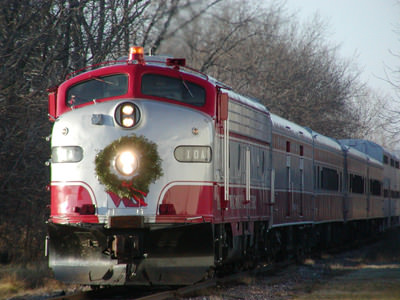 One of the greatest benefits of photography, and now digital photography, is that it can create, in some instances, the best record of human inventiveness and industriousness, although for only what has occurred during the last 150 years or so. One of the inventions that coincided with the dawn of photography, and has driven human industry since then, is the railroad. Sadly, the golden era of railroading has passed, but many of the famous engines and routes and the way humans traveled on trains have been preserved in photography. The good news is that there are still many trains on the tracks worth photographing and some of the relics of the past can still be found if you look carefully.

Some digital photographers are totally captivated with shooting trains, as much for the pictures they take as what they learn traveling throughout their country or around the world in pursuit of their hobby. Whether you’ve ever considered photographing trains, it can certainly be an interesting subject matter. It’s not just “beauty” shots of the powerful, massive engines on the move or even standing still. It’s also the opportunity to shoot close-ups of the amazing workings of an engine; the various signs, signals and equipment along the tracks; abandoned stations; old weather-worn signs; and other forgotten evidence of railroad’s past.

If you’re new to the idea of photographing railroads, then these tips should help you start, capture some wonderful images and enjoy yourself in the process.

Familiarize yourself with the subject matter before you start shooting.

Because the railroad is such a specific photographic subject matter, you’ll want to start with some research about trains in general, and then where in your area you are likely to find locations to photograph them. You may also want to view a number of photographers’ train pictures online to know the classic compositions as well as see more unusual images.

Since there are far fewer trains running than 50 or 60 years ago, you need to target specific tracks in your area and note when the train runs. It’s unlikely that this is public information, so you have to do some scouting. Otherwise, if you randomly pick a section of track that is easily accessible, then it could be 12 hours before a train is scheduled to pass. Be aware that in some locales, track right-of-ways are considered private property or municipal property that is off-limits to non-railroad personnel. This is another reason to scout your locations, so you don’t receive a citation or are arrested.

Of course, if you are traveling locally or far from your home and suddenly there is an opportunity to shoot a passing train, then, by all means, find yourself a good position ahead of the train to capture it. Keep the other tips in mind, if this occurs, especially safety first.

Make nice with the railroads.

One of the ways you can find the best places to shoot and not run afoul of the law is to contact the railroad line that you would like to shoot. Don’t start your conversation by revealing your ultimate goal. Instead, act like an interested citizen who wants to know if there any public tours of the trains and the yard. If so, then ask if you would be permitted to shoot pictures. Take advantage of a tour if it is available, since it might be your best, or only, opportunity to photograph trains very close.

You may be able to convince the engineer to allow you into the cab to shoot the interior with a wide-angle lens. The goal is to establish as much of a relationship as possible with the railroad, so eventually you’re given access to the yard, repair facilities, etc.

Read Part 2 of this PhotographyTalk.com article for more tips about photographing trains.