16 Reasons To Photograph The Exotic Yucatán 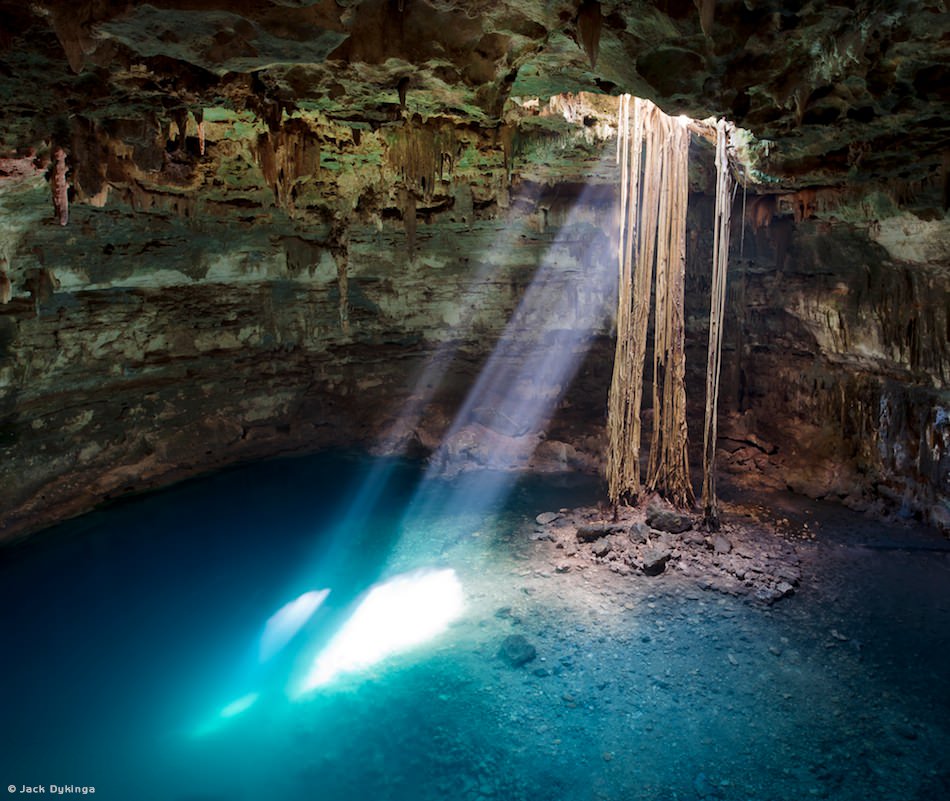 This is where an asteroid struck the Earth approximately 65 million years ago, which many scientists theorize destroyed the dinosaurs’ habitats and, thus, every species.

The Mayan Pyramids at Chichén-Itzá

The most famous Mayan site in all of Central America, Chichén-Itzá is more than 1,500 years old and consists of three settings of structures from different periods. El Castillo is the most spectacular pyramid on the site and was named one of the Seven New Wonders of the World during 2007.

During the summer months, local fishermen take adventurous photographers to where whale sharks are feeding. Although, they are the largest fish on earth, at as much as 50 feet in length and weighing 10 tons, whale sharks are gentle animals.

The Mayan City of Dzibilchaltún

Known as the "place where there is writing on the stones," Dzibilchaltún’s 8,400 structures are scattered across 19 square kilometers, where as many as 40,000 people may have lived.

Calcehtok Caves and the ruins at Oxkintoc not only provide a restful, secure camping experience, but also offer three different caving adventures: a one-hour, easy family trip; two hours of crawling through narrow passages and climbing to various levels; and a five-hour extreme journey for fit and very brave spelunkers.

Scorpion Reef, or Arrecife Alacranes in Spanish, is a group of five small coralline islands and atolls and designated by the United Nations as a part of the Reserve of the Biosphere. This is an isolated location that requires you bring any equipment or supplies needed, including water, food, etc.

From Punta Laguna, take your camera on guided tours through Ma'ax Yetel Kooh Nature Reserve, which is Mayan for "House of the spider monkey and the jaguar." The area is alive with many animal and bird species.

The Ria Lagartos is one of many natural canals in the Yucatán that connect the sea with the coastal interior. Coastal lagoons and mangroves border the Ria Lagartos, creating the perfect habitat for migrating and local birds (as many as 388 different species) and nesting sites for Carey and white marine turtles.

A cenote is an opening into caves and sinkholes throughout the Yucatán, which were formed as water eroded the limestone underground for millions of years. The Kankirixché cenote is named for the yellow-fruited kankirixche tree. This cenote leads to an amazing cavern with crystal clear water for snorkeling or scuba diving.

The Magical City of Izamal

Some Mexican cities are officially designated as “magical”; and Izamal is one of them on the Yucatán Peninsula. The entire town is painted yellow and life there reflects three different cultures: ancient Mayan, the colonial period and a modern city.

Many people became millionaires because of the henequen, or sisal, plant trade during the early 20th century. They built luxurious mansions on the Paseo de Montejo in the Yucatán city of Mérida, many of which are restored.

The Mayan City of Uxmal

As one of the most-well-preserved, pre-Columbian Mayan city, Uxmal offers visitors an incredible experience in the central ceremonial district, which looks very much as it did more than 1,000 years ago.

During January every year, the largest colony of pink flamingos (approximately 30,000) in the world roost in the estuary of the Celestún Biosphere Reserve. Another 300 species of birds also gather here as well as many species of reptiles, including Morelet's and American crocodiles, four sea turtle species, iguanas, land turtles and boa constrictors.

Hacienda Itzincab-Cámara is an excellent accommodation for photographers coming to the Yucatán, with its recently restored 19th-century architecture, lush tropical gardens and excellent bird habitat.