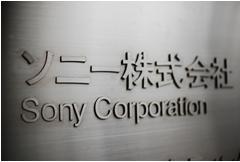 Sony Corporation has probably had more to do with the electronics and digital revolutions of the last 50 years than any other company. Part 1 of this PhotographyTalk.com article describes the company’s early years and its first success with a tape recorder. Part 2 continues the story with three of the company’s greatest successes: the transistor radio, the Trinitron TV and the videocassette recorder.

During the early 1950s, one of the most important inventions of the 20th century, and quite likely human history, occurred at Bell Laboratories: the transistor. It would also forever change the course of events at TTK, the future Sony. When Ibuka first read about the transistor during 1952, and realized it could replace larger, less-durable vacuum tubes, he negotiated with Western Electric (the parent company of Bell Labs) for a patent license for $25,000. Ibuka had a vision to create a small tubeless radio that everyone in the world, and especially teenagers, would come to call a transistor radio.

The first transistor radio was actually introduced by Regency Electronics, a small American company; however, TTK began mass production of the radio during 1954, only a few months later. For the first time, an electronics product would carry the name, Sony, as Morita and Ibuka gave the radio that name, as an interpretation of the Latin word for “sound,” sonus. With the popularity and sales success of the Sony transistor radio, Morita and Ibuka changed the name of their company to Sony Kabushiki Kaisha (Corporation) during January of 1958.

From this point in history, the transistor was like some golden seed that grew into many of the most successful consumer electronics products of the last 50 years. During 1959, Sony introduced a transistorized television. A few years later, the company developed more electronics products, such as an AM/FM radio and videotape recorder that could be made much smaller because of the tiny transistor. One of Sony’s greatest engineering feats was revealed during 1968. The Sony Trinitron TV was designed with one electron gun, for more-accurate beam alignment, and one lens, for better focus. When compared to the picture of a standard three-gun, three-lens sets, the Trinitron was absolutely amazing.

While all the hoopla was centered on the Trinitron, Sony was starting a joint venture with CBS to produce phonograph records. Seemingly insignificant at the time, it was one of Sony’s first steps to become involved in all phases of the recording/entertainment industry: from the artist to the medium to the equipment that plays it. Ohga had agreed to forget his opera career, and joined the company during 1959. Then, during 1968, Morita and Ibuka decided to put Ohga in charge of the venture with CBS. Under his leadership, CBS/Sony became the largest record manufacturer in Japan, and a major global label.

What was next for Sony? Only the first three-quarter-inch videocassette recorder (VCR), which was introduced to the world during 1971, and within another four years, would become the Betamax VCR. The original U-matic VCR was developed for television stations, while the Betamax, brought to market during 1975, was the consumer version. What would be an historical achievement for Sony would also result in a battle it would lose. Not only did American companies, such as RCA and Zenith, and the Japanese Toshiba and Victor Company of Japan (JVC), immediately began to improve upon Sony’s product, but also Matsushita Electric (which owned half of JVC) introduced VHS (video home system), a separate VCR format, during 1977. VHS offered as many as three additional hours of playing time, but the recorded tape was incompatible with Sony's Betamax.

Betamax only dominated the market for a short period of time. Many say it was Morita’s lack of formal management training that caused him to make a wrong decision. Because he didn’t persuade other companies to adopt the Betamax system for their videocassette recorders, VHS soon prevailed as the primary format, putting an end to Betamax. It wasn’t until the late 1980s that Sony had to admit defeat and market its own VHS model, even though Betamax was generally considered superior to the VHS format.

Read Part 3 of this PhotographyTalk.com article to learn the next chapter in the remarkable history of the Sony Corporation.