Photography Tip—Understanding the Workings of a DSLR Shutter 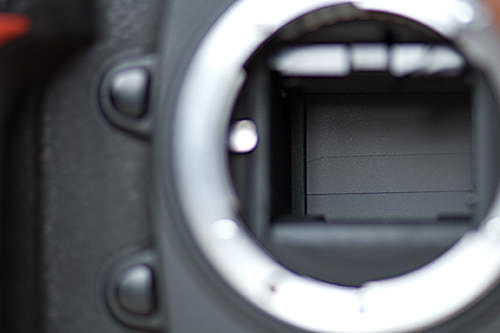 Digital photographers are like most people who are able to make their way through the modern world without being deeply technically or mechanically minded. Sure, everyone has to know just enough technical mumbo-jumbo about how to use a car, cell phone, computer, TV and/or digital camera to do a job and enjoy life, and reap the benefits of these technological wonders. It’s safe to say that if most users stuck their heads under the hood of these devices, then they wouldn’t know what they were seeing or exactly how any of it worked.

Some digital photographers, even many pros, would say they don’t actually care how it works, just so it does. If their cameras have a technical problem, then they rely on a technician to fix it. He or she is the person who needs to know how the camera works. This is not an incorrect point of view; after all, pros want to spend their time shooting for more clients, not learning the inner workings of their camera. Most photographers are not pros, however; and they could benefit greatly from understanding the operation of some of the parts and mechanisms inside a camera they never see. One of these is the shutter in a DSLR camera.

In the typical DSLR, the shutter is located behind the mirror (and the light meter on some cameras). It is purposely concealed there to protect its delicate parts. If you could peer deep inside your camera and flip the mirror, then you would probably see the first curtain of the shutter mechanism and the separate leaves of the curtain. The number of leaves varies with DSLR types, but the shutter works the same. A DSLR actually has two curtains.

The entire shutter-release process begins when you press the shutter button or trigger it remotely. The auto mode causes the lens to be set to the correct aperture, the mirror flips up and then the curtains travel in front of the sensor letting the appropriate amount of light strike it.

Typically, the only way you know the shutter mechanism works is that you hear it and, of course, it produces the images you expected. You can understand the process even better if you set the shutter time to one second or slower. When you press the shutter button you should hear the mirror flip and then very quickly the snapping sound of the first curtain. One second later (or whatever shutter time you selected), the second curtain clicks as it moves, and then the mirror returns to its original position. Compact, or point-and-shoot cameras, don’t have this kind of system; instead, they digitally read and scan the pixels of an image and transfer them to the sensor.

One of the benefits of knowing how the shutter mechanism in your DSLR operates is that you’ll also have a better understanding of “second shutter sync,” in relation to using a flash unit. A built-in or external flash can be set to fire simultaneously with the movement of either the first or second curtain. This synchronization works smoothly at fast shutter speeds, but at slower speeds, such as 1/20th second, the moment the flash fires is critical to the position of a moving object relative to the blur it creates.

For the blur to be behind the object (which helps to reinforce its movement), a flash unit must be in sync with the second curtain, so the scene is lit just before the end of the exposure cycle. Placing the blur in front of the object is achieved by syncing the flash to the movement of the first curtain. The object then continues to move across the frame before the second curtain is activated.

You don’t need to know how to disassemble and then reassemble your DSLR like a Marine and his rifle, but understanding how the major mechanisms in your camera operate will make you a better digital photographer.