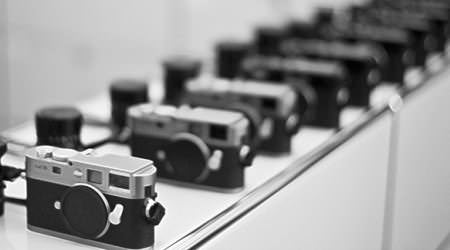 The story of the Leica brand of cameras and other optical instruments begins during 1849, when 23-year-old Carl Kellner, an optician and mathematician, opened the Optical Institute in Wetzlar, Germany to research and manufacture lenses and microscopes. He had already had an impact on the quality of field glasses and telescopes by developing a lens combination for a superior optical eyepiece. His invention was so well received in scientific circles that Kellner turned his attention to improving the microscope. The company’s first microscope was sent to Geneva, Switzerland, for testing during 1851.

Within two years, the company was selling twice as many microscopes as telescopes. As often happens at new, small businesses that experience initial success quickly, the Optical Institute did not have the personnel or manufacturing capacity to produce enough microscopes to equal the demand. In fact, only 130 were made during the first five years of the company. Then, the Optical Institute was faced with a much bigger challenge when Kellner died of tuberculosis during 1855 at the age of 29. When his widow remarried, her new husband acquired control of the Institute, but his poor health limited its growth, and even put the future of the company in jeopardy.

The man who would transform the Optical Institute into a firm with a worldwide reputation first began working there during 1864. His name was Ernst Leitz. He was already a highly skilled master craftsman of manufactured laboratory equipment and other precision instruments, such as electric clocks and telegraphs. His talents were quickly rewarded because, within a year, he had become a partner in the company. His leadership qualities were immediately evident, as the new partnership was able to produce its 1,000th microscope within just three years. Leitz’s partner, the husband of Kellner’s widow, died during 1869, giving Leitz complete control of the company, now named Optical Institute E. Leitz, Wetzlar.

One of Leitz’s most important changes was to discard the hand-assembly process to make microscopes, and introduce serial manufacturing. Not only did this save the company time and money, but also led to even better microscope products. This innovation coincided with the great revolution in science at the microscopic level during the late 19th century, which rapidly increased the demand for the Optical Institute’s products. By 1900, the company had a New York sales office, multiple facilities, hundreds of employees and bringing 4,000 microscopes to the market every year. By 1910, this number increased to 9,000 a year.

Following the accidental death of his first son, Leitz decided to bring his second son, Ernest Leitz II, into the business, starting as an apprentice. He became the owner of the company when Leitz, Sr. died during 1920. It was the son who would have the vision that led to the development of the world’s first 35mm camera. Although World War I delayed its introduction, the Leica camera was first seen at a 1925 German tradeshow.

Leitz may have had the entrepreneurial vision, but the insight that would make the 35mm camera possible came from the genius of Oskar Barnack, the company’s development director. As early as 1905, he conceptualized a different approach for photography. To this point, photographers used very large cameras that exposed heavy, glass plates from which prints were made of the same size as the plate. Barnack’s breakthrough was a system that recorded the image on a much smaller piece of film, and then enlarged the image optically to make a print much bigger than the frame of film. The 35mm format is actually 24 x 36mm, as Barnack doubled the size of motion-picture film, which was 18 x 24mm.

The first Leica model, A, had a lasting impact on photojournalism, as new photographers would be able to record historical events, large and small, quickly and without hauling literally a cartload of equipment with them. All photographers—casual, professional or artistic—benefited with the portability of the Leica A and the excellent quality of the images it made. Nine years after the camera was first introduced, there were 90,000 of them in use.

Read Part 2 of this PhotographyTalk.com article for more on the history of Leica.