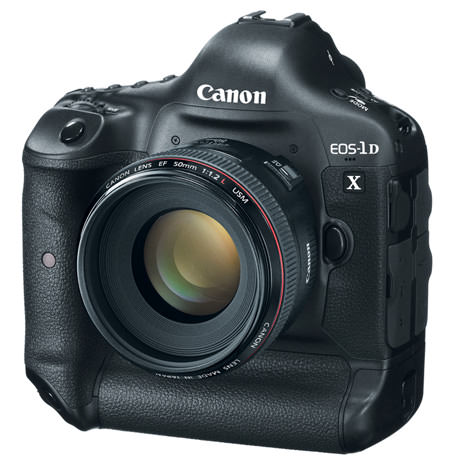 1. More compact, or point-and-shoot, cameras arrived in the marketplace with additional features and capabilities that had been previously the domain of DSLRs. Mega-zoom lenses and 1080p Full HD video were two that received much attention. An example is the Canon PowerShot S100 with its very fast f/2.0 lens, resulting in much better images in low light and more control of depth of field. The Canon PowerShot SX40 HS gave shooters a 35x zoom lens, which is the equivalent of 24 to 840mm in the 35mm format. The Nikon Coolpix P300 was equally impressive with its f/1.8 lens and 1080p Full HD video with stereo sound.

2. Fully featured and professional-grade DSLRs didn’t make quite as big a splash during 2011. Actually, they were literally splashed by massive floods in Thailand during the fall. The Nikon and Sony factories were completely submerged, interrupting the production and shipments of cameras for the holiday season.

3. The new Sony Alpha 77 DSLR was one of the major casualties of the floods. It still wasn’t available from retailers as of the end of 2011. The digital photography community will have to wait a bit more, but the a77 appears to worth the wait. It includes a new 24-megapixel APS-C CMOS sensor, Sony’s most-advanced processor, and a reported 12fps continuous shooting with auto-focus.

4. Another victim of Mother Nature was the highly anticipated Nikon D800 DSLR. An announcement was expected during spring 2011, which was then pushed into the fall. Various sources report that the Japanese earthquake then delayed production further. As of the end of 2011, there was no scheduled announcement, but with confirmation of a 36-megapixel sensor, 51-point auto-focus system and other high-end features, the Nikon D800 will be big news during 2012.

5. One of Canon’s printer-related factories was equally affected by the Thailand flooding. The company introduced its new PIXMA PRO-1 Printer with many professional-grade features; and although the Canon Web site and B&H Photo Video show the printer priced at $999.99, it still wasn’t available at the end of the year.

6. The Canon EOS 1DX was the company’s major DSLR entry for 2011. It was officially introduced during October 2011. As of the end of the year, it was displayed on the official Canon Web site, but no price appears with the description. Major highlights of this camera are three different processors and a 61-point auto-focus system.

7. Nikon entered the competition in the mirror-less camera/interchangeable lens market with the 1 Series of cameras, J1 and V1. Both offer 1080p Full HD video, 4 lens choices (with 7 more in development) and a host of highly comparable features for this segment of the digital photography market.

8. Nikon also introduced its new SB-910 Speedlight Flash, during November 2011, as the top unit in Nikon’s Creative Lighting System (CLS). It’s not just a pro-grade flash, as any photographer who needs its features will also appreciate its portability and big power for a wide range of shooting situations.

9. For veteran photographers, who were introduced to photography with a film camera, one of the sadder photography news items of 2011 was the sorry state of affairs at Kodak. It stopped manufacturing Kodachrome film and divested itself of various divisions and subsidiaries.

10. A more positive advancement in photography during 2011 was tilted-lens technology. Lensbaby Lenses symbolized this trend with its line of creative SLR lenses and their flexible barrel or a ball-and-socket configuration.

11. Late October of 2011 saw the most successful PhotoPlus Expo ever, as it proved once again to be the largest photography event in North America.

13. The digital photography community as well as the computer industry mourned the death of Steve Jobs.

14. When Google launched the invitation-only beta version of its Google+ social network during summer 2011, it attracted 10 million members within two weeks. It was obviously important to Google to make it a site digital photographers would prefer. For example, it accepts photos with a maximum width of 2,048 pixels, compared to Facebook’s 700 pixels.

15. With the launch of the Apple iPhone 4S, the line between a smartphone and a compact camera continued to blur. An 8-megapixel sensor may not seem like much, but it’s a big jump from the 4’s 5-MP sensor. Plus, the lens is quite fast with an f/2.4 aperture that significantly improves the quality of low-light images.