4 Wishes Granted to Every Photographer by the Wizard of ISO 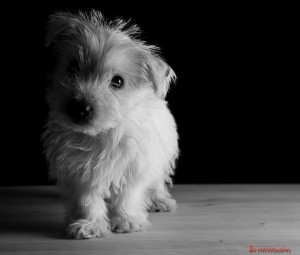 Many photographers, especially beginners, find it difficult to understand ISO. Unlike the other two components of the exposure equation, aperture and shutter speed, ISO isn’t represented by a physical, or mechanical, function in a camera. In fact, ISO is an acronym for International Organization for Standardization, which establishes the common numerical values for ISO settings.

To grasp the concept of ISO may require a journey on a yellow brick road similar to that famous group of four travelers (five if you include the dog) that went in search of a wizard that could grant their fondest wishes.

A low ISO setting, such as the “normal” setting of ISO 100, is the equivalent of controlled emotions. Photos shot at this setting produce a fine-grain look, rendering the image sharp and clear. Change to a high ISO setting, such as 800 or even higher (the new Nikon D4 DSLR camera has an incredible high-end ISO number of 204,800), and the grain becomes rougher, more pronounced. Higher ISO numbers are like uncontrollable emotions, impacting one’s life acutely and making one feel confused and seeing less clearly.

2.   “If I only had a brain.” Now, another of the intrepid companions of the little girl and her dog wanted the wizard to give him a brain. He wanted to acquire knowledge and use it. That’s your next step on the road to understanding ISO.

As one of the three parts of the exposure equation, ISO, in most cases, doesn’t require any of your attention. Many, if not most, photographers at all skill levels, set their cameras at ISO 100, and forget about it. Aperture and shutter speed, and using them in combination, is a much larger challenge for your brain. ISO, however, is not a dormant partner. It, too, can be one of a photographer’s most useful shooting tools.

Because ISO is the sensitivity of light on the camera’s sensor, it can be adjusted according to the level of light to help capture more of it and “sensitize” the sensor. Instead of using your flash indoors whenever the light is low, experiment with adjusting your ISO to higher numbers as an alternative. Shoot a series of images indoors without a flash at 200, 400, 800, 1,600 ISO, so you can compare the results. What you should find is that you were able to take acceptable pictures, although they were a bit grainer, at a higher ISO, and just with the available light in the room. The other benefit your brain may discover is that by increasing the ISO, the shutter speed changes to a faster setting, such as 1/125th instead of 1/15th of a second. This makes it easier to shoot handheld without having to use a tripod or bracing yourself against a wall or doorway to steady your camera.

3.   “If I only had courage.” The third companion traveling the yellow brick road wanted the wizard to give him the courage his size and appearance would suggest he already had, but he didn’t. Understanding and using ISO as a tool may not require the courage of a lion, but it means you must be willing to broaden your knowledge of the concept of light in photography. You must have the courage to look at and pay attention to the light in your photos more than the subject matter. This is one of the primary challenges for the beginner photographer. He or she simply wants to capture images of places and people without any consideration of the light, its source, intensity or direction. Discipline yourself to notice the light first, and adjust the ISO accordingly, before you frame the subject and take a picture.

4.   “My wish is to go home.” The final wish granted by the wizard of ISO to every photographer is to return home with better photos that everyone will want to see again and again.

Feel free to check out our Beginner Photography Forum to learn more about beginner photography.