Powering Down Your Flash 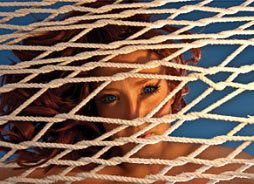 The sweat was pouring out of myself and my students as we pursued the many dragonflies at the Zilker Botanical Garden on a 95-degree August morning in Austin, Texas. The object of my desire was a small damselfly that had taken refuge on blade of grass in open shade, yet my point of view was such that the background was in full sun.

No doubt about it, this shot would require a large lens opening so I could isolate that lone damselfly from an otherwise busy background, plus it needed to be flashed. Lighting up the bug with my flash would allow me to eliminate a silhouetted shape and show the world what a colorful damselfly it was.

With my Nikon D300S and 70-300mm Nikkor Tele-Zoom lens and a small Kenko extension tube mounted on my tripod , I was quick to set the aperture to f/5.6 since I knew this very shallow depth of field would render the background as out of focus tones. The addition of the small extension tube also allowed me to focus much closer, and when combined with the focal length choice of 300mm, that little damselfly filled up my frame nicely. But as you can see in the first example (top left), and without benefit of any flash, a simple ambient light exposure of the overall scene (f/5.6 for 1/250 second) rendered my damselfly as a silhouette.

Calling upon my flash which is always set for Manual Flash Exposure Mode, I quickly dialed in the aperture of f/5.6. The distance scale on the back of my flash then responded and told me that the flash needed to be 27 feet from the subject. Yikes! I couldn't have placed that flash 27 feet away from the damselfly if I wanted to; about four feet behind me was nothing but a 'jungle'. No problem. I will just power down the flash. As I turned the power down on my portable electronic flash , the

computer on the flash told me that at 1/16 power, I could shoot at f/5.6 if the flash was four feet from the damselfly. So, just like that I had a correct flash exposure setting, f/5.6, based on the four foot flash to subject distance and at the same time, I had a correct exposure setting, f/5.6 @ 1/250 second for the brighter ambient light in the background. I pressed the shutter release and bingo, bango, bongo! The little damselfly lit-up like a neon sign (top right). Putting the "sun" where you want it to shine is one of the greatest joys of using electronic flash.

"Powering down" the flash seems to be a confusing area for a lot of shooters, but it doesn't have to be!

In the image to the right, I have stacked a series of photographs, all showing the back of a Nikon SB-900 flash. In the top of the upper left hand corner of each shot you will notice the letter M and next to that a fraction. The letter M signifies that I am in Manual Flash Exposure Mode which I feel is the only way to get consistently good results from using a flash by the way. Note also right next to the M a fraction which is indicated as a whole fraction, 1/1. As you look down to the next example, and continuing on to the bottom, you will see this whole fraction become 1/2, 1/4, 1/8, 1/16 and finally 1/32.

So, what exactly is going on when you mess with the power settings of your flash? If simple math tells you that we are cutting down the flash power, then simple math is right. Let's refer once again to the image at the top and see how that works. At full power, 1/1, and with an ISO of 200 and with my subject at a distance of 16 feet, the flash tells me, "Okay, Bryan, with the flash at full power, and with a subject that is 16 feet from the flash, you will need to use f/11 to record a correct flash exposure." If I reduce the power to 1/2, what happens? Refer to the second illustration. Assuming I stay at the aperture choice of f/11, the flash tells me that I have to make the flash-to-subject distance 11 feet. If I reduce the power from 1/2 to 1/4, the flash is quick to indicate that a correct exposure can only be achieved if my flash to subject distance is eight feet. And as we can see in the next illustration below at 1/8 power, a correct exposure can only be achieved at a 5.6 feet. And at 1/16 power, four feet and finally, at 1/32 power, a correct exposure requires a flash-to-subject distance of 2.8 feet.

It's pretty simple to see that is happening. The more you power down your flash, the closer you must get to your subject to maintain a correct exposure. Trust me, there are many subjects you will want to be closer to. With the flash at full power, many of those subjects will be way over-exposed unless you can move the flash way back from the subject, since the flash is putting out too much light based on the distance to the subject. Fortunately, you can power down, get in close, and by golly, still come away with a perfect flash exposure.

Assume for a moment that your flash at full power is a one-gallon bucket of water, and the subject you want to douse with this gallon of water is 15 feet away. Press the shutter on your camera, and whoosh! Your subject is now soaking wet from the gallon bucket of water. If you then set the flash to 1/2 power, but don't move in closer to the subject, it's like you're swinging the gallon bucket with only half the strength. The water will still come out, but it will only travel half as far. So, at half power, you must move in closer if you want your subject to be doused by that same full gallon of water. While your flash powers down, as long as your flash moves in to the closer distances indicated on the distance scale, your subject will still get the full flash intensity, that entire one-gallon dose of water!

Here is another example where powering down was the logical choice. During a stock photography workshop I taught in Tampa last February, on a beautifully sunny day at around 2:00 p.m., I caught sight of our model, Deana, lying in a hammock during a lull in the shooting. Lying underneath the hammock, I prepared to photograph upward as she looked down at me, framed by the many lines of the hammock (click here to see the setup photo). As you can see in this first image of Deana (above left), the available light exposure of f/11 at a 1/125 second is quite flat. The sun was still quite high in the sky, just to her left from this shooting angle, which explains why there was not any light on her face. I could have used a reflector , placing it right on top of me, and this would have reflected the sun from the sky up onto Deana's face. However, the intense light would surely have blinded her. A more favorable option was to call upon the portable electronic flash. I wanted to replicate the warmth and color of the low-angled light of a late-afternoon summer day, so I also placed an amber gel on the flash. I quickly realized that I would need to power down my flash because I was very close to Deana, about 18 inches in fact. I also wanted to use an aperture of f/11, the "critical aperture" where both sharpness and contrast reign supreme.

With f/11 set on my lens and on the back of the flash, I began to dial down the power until I saw that 1/128 power would give a correct flash exposure at my flash-to-subject distance of 18 inches. Because I wanted to replicate a low angled sun, I also chose to hold the flash about 20 inches to my left, creating low-angled side light. Since my flash would become the primary light source, I reduced the shutter speed a full stop, 1/125 second to a 1/250 second. This under-exposure of the ambient light meter reading assured me that the flash exposure would be the lead actor and the ambient exposure would play the supporting role. As you can see in the second image (above right), I achieved my goal in large part because I powered down the flash.