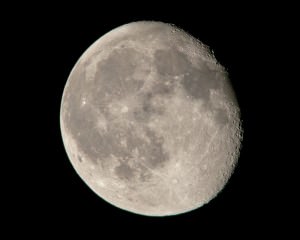 Space has fascinated us since the beginning of time. Capturing the stars, the moon, and the infinite possibilities of the unknown, has greatly advanced with technology. Now we are able to photograph craters on the moon, the rings of Saturn, and the moons of Jupiter. Whatever your fascination with space, here are a few simple tips to taking great astronomy photographs.

If you are a more experienced photographer, or have a SLR (single lens reflex) camera, you will be able to take some amazing photos of space. The first thing you will need is a tripod, to keep the camera stable. Attempting to hold the camera at low shutter speeds will result in a blurry mess. The next item needed is a shutter release, so you do not have to touch the camera with your hand when you are ready to take the photo. This will prevent blur as a result from touching the camera, no matter how slight a touch.

Knowing the proper exposure and shutter speed is the next step in astrophotography. Ideally, the camera needs to be set at a wide aperture, 2.8 will produce good results. Next, the shutter speed needs to be set very low to allow maximum exposure to the digital image. It is a good idea to snap a few shots to get the best results. Start with a shutter speed of 2 seconds (appears as 2” on the camera) and work your way to longer exposures. The darker the image you are shooting, the longer the shutter will need to remain open. You will be surprised to see the shutter does not have to stay open as long as you would think when photographing the moon. People do not realize how bright the moon actually can be. Experiment with a number of different exposures, until you get the results you desire.

Another simple adjustment to make for great astronomy photographs is to adjust the ISO speed on the camera to 1600 or higher. The higher the ISO or film speed (there are still ISO speeds on digital cameras), the better result for low lighting. The downside to high ISO speeds is the resulting graininess of the image. Starting with 1600 will provide a good foundation while learning astrophotography. After you become proficient, bump the ISO down to 400 for crystal clear images.

Experimenting is the best way to learn astrophotography. Many fun and interesting effects will result with the various changes in the camera settings. A popular effect is photographing star trails. A star trail is the result of leaving the shutter open for longer than necessary and the stars will actually move while the shutter is still open. This makes the stars look like streaks of light in the sky. For some great photos of star trails, go to the National Geographic web page.

If you desire to shoot photos of anything other than the stars or distant pictures of the moon, you will need a telescope and the corresponding camera adapter. The adapter will enable the camera to be fixed to the telescope, multiplying the camera’s zoom by the telescope’s magnification.' This equipment can be ordered from online camera sources and usually ranges from $50 to $300, depending on the magnification power and camera style. A telescope would also be handy and those can range from $100 to $10,000.

Whatever your desires are, experimenting and practice will provide you with the best results. Unlike other styles of photography, astrophotography requires patience and repetition. There are many other techniques in photographing the universe. The ones listed in this article are a basic overview to get you started.