Nothing Wrong With Being A ‘Little Flashy’! 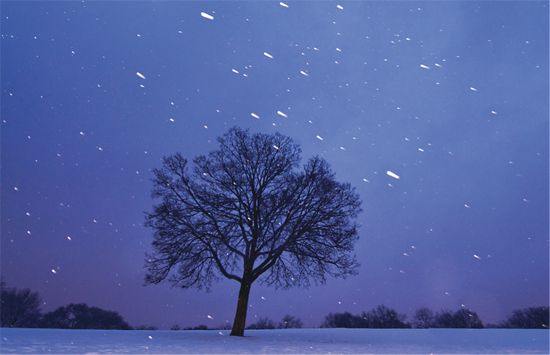 Now if you know anything at all about me, I am not known as the guy who often climbs to the highest rooftop and shouts to the world, "I LOVE MY ELECTRONIC NIKON SB-900 FLASH!" In fact, even if I was world-renowned for my electronic flash expertise, I could not, in good conscious, shout to the world from the highest rooftop that I love my Nikon camera SB-900 electronic flash, because quite simply I don't believe it is deserving of such a shout.

I do own one, or shall I say, with great humility, I own five of the darn things, but let me be quick to say it is not because of some mad love affair but rather it is because of a combination of impatience and not looking before I leaped.

About a year ago, I decided it was time; time to put away my fears of an electronic flash and simply "go for it!" Needless to say I went for it alright and proceeded to buy 5 Nikon SB-900 Electronic Flashes since I KNEW I would soon be doing all sorts of "tricky, make you stop and scratch your head, kind of flash images and darned if I would be able to execute any of these ideas with a single flash." Well, despite having five Nikon SB-900 Electronic Flashes, I have had most of my greatest adventures with just one of them. I can't say which one, since all five are in the flash case and I just grab one and "go for it", but one thing I have learned in owning these five electronic flashes and it is this: with just one flash, a world of fun and adventure are yours for the taking. It seems everyday, I am discovering something new and a new idea comes to the surface and well, suffice it to say, that is exactly what happened two days ago in this wonderful wintry city of Chicago.

Tom Skilling, weather guru at WGN-TV, was forecasting still yet another "worthy" winter storm and since I missed the last "worthy" winter snowstorm of several weeks ago, (I was in New Zealand, so shed no tears on my behalf!), I was determined to try my hand at being a "little flashy". All I needed was some light snowfall and a willingness to arise before dawn. I had this idea to capture falling snowflakes against the dawn sky that would also include one of my favorite 'naked' trees over at Horner Park, just off Irving Park Blvd.

Now you might be asking yourself-"How is it possible to have a dawn sky of any color when it's snowing?" First of all, I wasn't expecting a clear dawn sky, but the typical grey sky that one gets with snowfall, BUT I also know that at this hour, even a grey sky will record a bluish hue and the bonus on this day was that there was a really small sliver of clear sky on the horizon, somewhere over Lake Michigan, cause I also recorded some subtle magenta near the bottom of my composition.

Okay, so there I was laying in the snow, with my camera mounted on tripod along with the Nikkor 12-24mm set to the focal length of 20mm. With my aperture set to f/5.6, I focused on the tree, and adjusted my shutter speed until a 1/15 second was indicating a correct exposure. All that remained was to fire up the flash in manual exposure mode, setting the flash to f/5.6 at full power AND then setting the zoom of the flash to 105mm. Now why would I set the zoom of the flash to 105mm when I am shooting with my lens at the 20mm focal length? Because I wanted the flash to travel further into the scene with thus illuminating snowflakes that are further away. This in turn created far more depth then if my flash were set to the 20mm focal length. Well, did it work? Seeing is believing and what was most surprising and NOT expected, was the initial reaction of myself and several of my trusted neighbors-at first glance it looks like one of those star-trail time exposures or even a meteor shower. Just another example of having fun with a single flash!

A final note: Stay tuned for another really fun flash tip next week that will also include a really important message on buying a flash system. What I will share with you may surprise if not shock many of you, but suffice it to say, I have a solution for all of you out there who are contemplating the purchase of an electronic flash system! Suffice it to say, it will be news that Nikon and Canon would rather you not learn about!

Although we have snow on the ground today, the season of spring has either arrived or is just around the corner for many of you. Make this spring a season to remember by enrolling in one of our March classes!