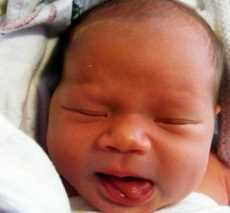 1.   Through the wonders of science, it is known that the two sides of the human brain work quite differently. The left half of the brain is for analyzing, following processes and procedures and conducting life in a step-by-step manner. The right half of the brain is the creative, intuitive portion, which is obviously very important to succeeding as a digital photographer.

The challenge for most people is that approximately 88 percent of the population of the world tends to be very left brained. The source of this tendency is typically how you were taught to cope with the world by your parents and the educational system. Parents, because they were similarly instructed as children, strive to position their children within the range of what is considered “normal.” Normal, however, is the same as being in the middle of the road, the average; safe, but unexceptional.

As someone trying to make a living as both an artist and an entrepreneur, you will not advance very far unless you can overcome left-brain thinking and use more of the right brain. Another bit of advice from parents is not to speak with strangers. That’s fine as a child, but as a professional photographer, strangers will always be the source of your next project and your ultimate success. If your parents imbedded that moral too deeply, then you may have trouble being the extrovert that entrepreneurial success requires. There are many examples of artistic types that are creative geniuses, but they have no social skills.

2.   You may have also been subject to the disapproval of family and friends when you declared that your career choice was to be a professional photographer. It’s likely they reacted as if you had just said you planned to join the circus. They may have even worked very hard to convince you to choose a “safe” job, which is a clear indication that they are thinking with their left brains. The first sign that you are becoming more right brained is that you resist their insistence and move ahead with the goal, career and life that make sense to you.

3.   Many of us acquire a strong left-brain tendency if we have any work experience within the common business or corporate structure, which is obsessed with process and procedures. Bosses and corporate executives want employees to move from one step to another whenever undertaking a task. Many companies even have printed manuals that essentially dictate these steps. Thinking outside the box is not rewarded and often grounds for dismissal.

Some large corporations, such as Apple, Google, etc., are starting to prove that they can be large and successful and motivate and award employees who think intuitively instead of simply acting like an automaton.

4.   Because you, like most everyone, has been ingrained with left-brain thinking from childhood, you’ve transferred that tendency to the operation of your photography business. You try to start with the first step toward success, when the right-brain solution is to start with the end in mind. Intuitive thinkers live in the future, not the present. They determine who they want to be in the future, in very specific terms, instead of simply being who they are today. Only when you know where you want to go can you create the structure and procedures for your photography business that will take you to your goals.

5.   Right-brain thinkers are also always using the conscious mind to tackle problems and devise solutions. This typically solves nothing, leaving you more frustrated that you can’t move forward. As one experts says, “If you have a big problem to solve, escape from your typical working environment as quickly as possible.” Go to the beach or walk through the woods. These environments will reduce or even eliminate left-brain thinking and allow your right brain to take control, which is where the solution is more likely to be found. This is why many people awake in the middle of the night with an idea or solution because sleep also reduces the operation of the right brain.

6.   Because left-brain thinking tries to keep you safe and secure and not stray far from the path of normalcy, you are less likely to take risks. Of course, risks must be calculated to some extent, but focusing on being safe doesn’t allow room for creative entrepreneurial thinking, which leads to success.