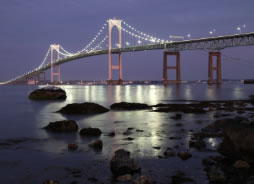 Your Rhode Island photography promises to contain just as many interesting pictures of your adventures there as those in the biggest U.S. states. With many inviting beaches strung along Rhode Island’s 400-mile shoreline, you and your family can experience a classic Atlantic beach vacation. It’s absolute fun for the kids and a relaxing break for parents. If you’re one, then you’ll discover many wonderful opportunities to take Rhode Island photos of your kids’ pure enjoyment, as they build sandcastles, romp in the surf and play hide-n-seek among the dunes.

Most Rhode Island photography will focus on three major themes: the state’s rich heritage and history as one of the 13 original colonies, its love affair with the sea, and how the rich and famous of a bygone era brought their gilded lifestyle and pleasures to Newport and the surrounding area.

You can take Rhode Island pictures of its history nearly everywhere you point your digital camera, but the best way to experience the state’s colonial and seafaring past is to follow one of its heritage trails, such as the East Bay Heritage Trail. East Bay is opposite Providence across the upper reaches of Narragansett Bay. Keep your camera ready for many Rhode Island photos, as you wind your way through charming bayside towns and villages that have preserved their historic inns, traditional village squares, and 18th- and 19th-century mansions, homes, gardens and farms. You can follow many state-designated trails through South County, Providence, Black River Valley, Newport and other regions, and capture many images for your Rhode Island photography.

Maybe, the dominant theme of Rhode Island photography is enormous Narragansett Bay and the maritime tradition it has fostered for generations of those who have made their living on the water. Your Rhode Island photography wouldn’t be complete without pictures of the Bay from the deck of a boat tour. If the ships and boats that ply the world’s waters are some of your favorite photographic subjects, then you’re virtually guaranteed an incredible variety of vessels on the Bay. Better yet, climb on board a historic schooner; a great place to shoot spectacular sunsets on the Bay for your Rhode Island photography. For a great sailing adventure, join the crew of a twelve-meter yacht, but make sure you record all the racing excitement in Rhode Island pictures.

Although there are many historic sea-related sites and scenes to include in your Rhode Island photography, the best may be the state’s numerous lighthouses. In fact, from one Narragansett Bay boat cruise, you’ll see and photograph 10 lighthouses. Think of the great Rhode Island photos you can take of lighthouses: softly lit by a sunrise filtered through a morning mist; bright and colorful in full sunlight; dramatically positioned against the angry sky of an approaching storm and the pounding surf; and bathed in the orange light of the sinking sun. Those are the kind of Rhode Island photography images that both amateurs and professionals will want for their portfolios.

Make time for Rhode Island photography of the many magnificent mansions and estates that dot the shore of Easton Bay on the Newport peninsula. The Breakers, Chateau-du-Mer, Rosecliff, Marble House, Belcourt Castle and others were the summer residences of the grand American families of the late 19th century that made their fortunes in shipping, mining, railroads and finance. You can tour, and even stay, in many of these architectural wonders, and take many Rhode Island pictures of how these people lived during America’s Gilded Age.