What Is Photography? Capturing and Controlling Light 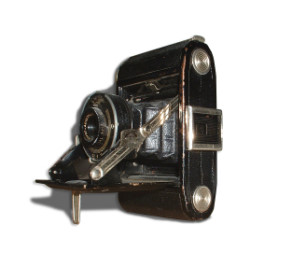 Although the ancient Greeks and other early cultures did not have cameras, as we would define them today, they did understand the concept of “camera obscura.” It combines two Latin words, “camera,” which means “room,” and “obscura,” which means “dark,” therefore, “dark room.”

This explains one of the most fundamental answers to the question: What is photography? A room is made totally dark, except for the light that enters the room through a small hole made in the wall (or ceiling) of the room. A law of physics causes the scene on the other side of the small hole to be projected onto the opposite wall in the darkroom as an inverted image. Light always travels in a straight line; but when light reflects off the brightly lit scene outside the dark room and enters the small hole, the rays tend to cross and flip the scene or subject 180 degrees and reverse the right and left sides of the image. Eventually, this simple principle would result in shrinking the camera obscura from a dark room to a dark box, which became the camera, as we know it.

Historically, many thinkers and “scientists” (philosophers, as they were known in early cultures) helped to develop the concept of camera obscura. The earliest record is from Mo-Ti, a Chinese philosopher of the 5th century BC, who considered the “dark room” a “collecting place” or “locked treasure room.” Aristotle, the Greek philosopher, who lived more than 300 years before the Christian era, also understood the principle. Leonardo DaVinci is credited with the first known written explanation of camera obscura, which appeared in his notebooks of 1490.

This concept of what is photography continued to advance when the Dutch scientist Reinerus Gemma-Frisius observed a solar eclipse with it during 1544. A major step towards the photographic camera was the placement of a convex lens in the opening, and then the addition of a mirror, which reflected the image onto a surface that was not 180 degrees opposite the hole. By the early 19th century, the camera obscura was further modified to allow scientists to introduce the second fundamental component of what is photography: light-sensitive materials.

The 19th century was the critical period of the development of photography, as the early pioneers understood that they could record a realistic view of the world, of life, within seconds compared to the time-consuming method of drawing and painting. Plus, drawings and paintings were interpretative, even when artists tried to show a scene or subject exactly as they saw it. Because of the immediacy of photography, it quickly became a powerful communication tool. Initially, it could show a place or person that wasn’t otherwise accessible to a much larger audience than those viewing a painting or drawing. Then, the definition of what is photography expanded, as it became apparent that it could also record a specific event that was meaningful to almost everyone as well as events that were only meaningful to an individual, family or small group, thus becoming a memory saver.

This preservation capability of photography would be a major influence on the development of photojournalism for newspapers, magazines, books and other publications; advertising; motion pictures; television; and eventually the Internet. As more uses were found for photography during the 20th century, there would be more answers to what is photography. Today, photography is absolutely critical to astronomy, medical diagnosis and a long list of industrial/manufacturing applications. Plus, photography makes it possible to capture images of objects that are invisible to the naked eye and in dangerous locations. Ultimately, what is photography would include its value as a hobby for literally billions of people around the globe who want to record the memories of their lives and share them with everyone.