What Is Photography? The Age of the Snapshot 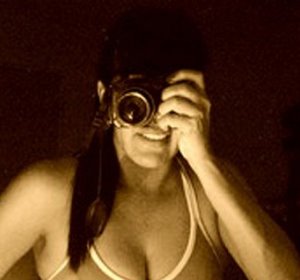 Until the 1880s, it was mostly inventors and the first photographers who understood what is photography; however, during this decade, a man named George Eastman would transform photography from an art form for the few to a hobby for the masses. Within a few years, he developed roll film and a roll holder that replaced the glass plate holders in large view cameras. During 1885, Eastern American Film became the first transparent photographic "film." This, in turn, led to the first commercial transparent roll film during 1889, which was critical to the development of Edison’s motion picture camera during 1891.

Eastman’s invention may have been revolutionary, but the small group of experienced photographers of that time didn’t immediately accept his film as the new standard. In what would be considered one of the great marketing insights of the modern era, Eastman, instead, decided to market his product to the general public and name the company that would do so, Kodak. By 1888, he had created the first Kodak camera, which was pre-loaded with 100 exposures of roll film. Now, everyone could know what is photography because they could easily carry the camera and shoot pictures of whatever they wanted. Thus, the “snapshot” was born.

Although the average person may not have understood all of the science and technology that resulted in a photo, they were free to “point and shoot” the Kodak to capture images of their family members and family events and their travels. In addition, artistic skills were not required to take acceptable pictures. The Kodak camera cost $25, but, more importantly, the public didn’t have to be bothered with developing the film or making prints. The camera and the exposed roll of film was sent to Kodak, where technicians did the darkroom work and returned the prints and the camera loaded with a new roll of film for just $10. It wasn’t long before veteran photographers, who had to take a darkroom with them to reload the old glass plates, also became Kodak customers. They could now load their cameras with the new film in broad daylight.

By 1896, the answer to the question what is photography included not only scientific/technical principles, but also mass marketing and mass manufacturing. Part of Eastman’s genius was creating the manufacturing processes to make 100,000 cameras and lower the price of his camera from $25 to $5. Within four years, he had refined the process so well that he introduced the first Brownie camera and was able to sell it for just one dollar.

By the turn of the century, what is photography was a question no longer answered with technical jargon, but by the great mass of people as a “wonder,” a “joy,” and easy method to preserve memories of the moment that could be shared with future generations. Eastman’s work not only brought photography to the masses, but also inspired others to make the camera even better. The next major development occurred just before the outbreak of World War I, when Oskar Barnack, a technician at the German company, E. Leitz, invented a miniature camera that was loaded with a strip of 35-mm film that had perforated edges. It came to the market after the war (1924), as the Leica. Now, it was even easier to take snapshots, given the camera’s compact size and the 36 pictures that could be shot quickly.

During the first half of the 20th century, other inventors would continue to make it easy for everyone to understand what is photography. The introduction of flashbulbs, then the electronic flash and eventually color film, a market Kodak dominated with Kodachrome. Photography reached a level of maturity that made it appealing both to the snapshooter for casual pictures, the serious amateur as an art form and the professional as a commercial medium.