Rule of Thirds in Digital Photography 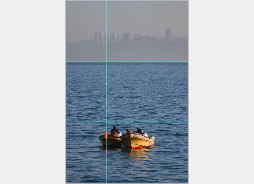 The so-called “Rule of Thirds” applies to digital photography as it does to film photography, video, painting and graphic design. I say “so-called” because this rule of thirds is not a rule at all. It is a tool or guideline which can be used in certain circumstances to create a more effective composition in your photograph.

When it becomes a “rule” your photos can lose their freshness and spontaneity and start looking like those of everyone else who is slavishly following the “rule of thirds.”

The basic principle of composition, senior to any of the “rules” is the idea that you want to create a mood or communicate a message in your photograph. Composition is what you do to convey that message or mood. The rules are all subservient to this basic concept. And, like the rule of thirds, they are only of any value if they help you convey your message or mood.

You may have noticed that those new to digital or film photography who don’t necessarily have a great eye for composition, tend to always place their subject dead center in the frame. This can lead to a static look. No energy, motion or tension. Sometimes that’s what you want. But let’s say you want to create a bit of tension or excitement in your photos, the idea of motion or action. To get away from that static look. 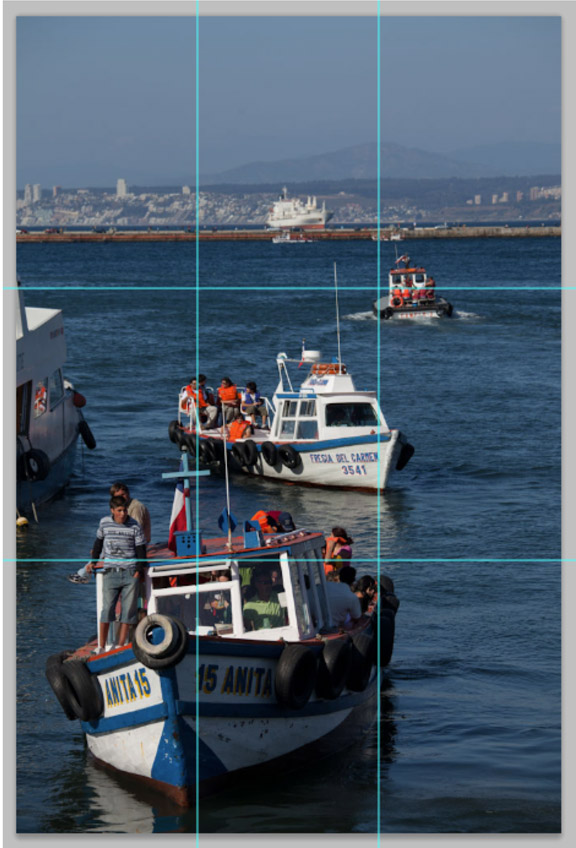 Here the rule of thirds is a tool that you can use to help you. By this rule, the picture is divided into 9 rectangles by drawing or imagining two equally spaced vertical lines and two equally spaced horizontal lines, creating a simple grid. The theory (and you can test this out for yourself to see if it works) is that key points of the subject should be placed roughly at one of the four points where the lines intersect. Also, that key vertical or horizontal lines (the horizon is the obvious example) should be placed along one of the vertical or horizontal lines of the grid created by the rule of thirds. If your subject is moving, you may find you want to leave space in front of the subject. So if a person or a car is moving into the frame, the idea is to place them at the intersection which leaves two thirds of the frame in front of them.

Here are some examples of using the rule of thirds.

If you are taking a portrait of someone and the eyes are the center of attention, place them at the top two intersections of your frame or, if that doesn’t work, place them on the top line of the grid. 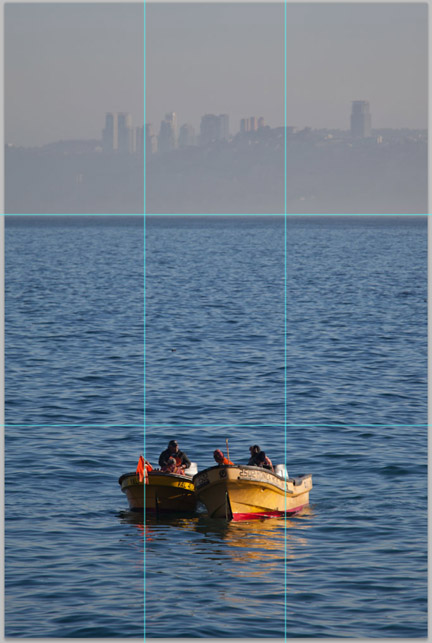 There is a danger in following the rule of thirds too closely and under all circumstances: all the other photographers who have learned this as a “rule” and invariably apply it, are going to be taking the same subject matter following the same rule of thirds and the photos are going to end up looking the same. So if you want your photos to stand out, make sure you follow the rule of thirds (and any other rules of composition) very intelligently and break them often and freely in order to achieve the senior concept of composition, which is to arrange the elements of the photo so that they convey the mood or message that you want to convey.

David © Phillips is a professional writer and photographer living in Seattle, WA. You can find out more about him and his work at www.dcpcom.com . Photograph(s) in this article are © David C Phillips, All Rights Reserved.