What Is Photography? An Evolving Moneymaking Opportunity 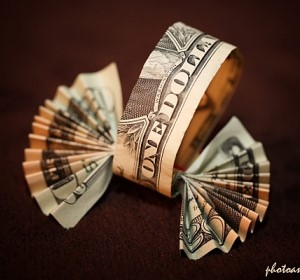 As the early pioneers of the medium tried to understand what is photography, there were only a very few that could make money from the images they captured. When Englishman Roger Fenton and American Mathew Brady “invented” photojournalism with their pictures of the Crimean War and the American Civil War, their work could only be printed in newspapers after first becoming engravings.

It wasn’t until 1880 that printing technology had been developed that allowed The Daily Graphic of New York to print the first halftone image. The invention of flash powder during 1887 made it possible to record images indoors. Even with these advancements, the engraving process was still the primary method to print images that were originally photos in a newspaper and magazine through 1927. The introduction of the wire photo during 1921 added another piece to the photojournalism puzzle. Photos could now be transmitted via telegraph. Before photojournalism could become a moneymaking opportunity, the 35mm camera (1925) and flash bulbs (1930) had to transform the definition of what is photography.

Portrait photography was probably the earliest commercial use of the medium, since even the daguerreotype and wet and dry glass plate methods of the mid-19th century made it possible to photograph individuals, families and groups. Later, the tintype became very popular and is often associated with portraits from the Wild West. Wedding photography was limited by the large size and difficult operation of the equipment, so most 19th-century wedding photos were taken in studios before or after the ceremony. Hiring a photographer to capture the actual wedding event didn’t become commonplace until after the Second World War.

As various innovators broadened the concept of what is photography, other moneymaking forms, such as fashion, advertising, food and fine art, slowly became acceptable during the early years of the 20th century.

The major turning points for commercial photography during the first half of the 20th century were Leica’s introduction of the 35mm camera after World War I, the development of film technology by George Eastman and the first SLR (single-lens-reflex) camera from Nikon during 1959. Portable equipment, roll film, color film and artificial lighting made it possible for more photographers to choose a commercial career. Despite these advancements, making money with a camera was limited to those willing to commit the time to learn camera and darkroom techniques. For the serious hobbyist or amateur, it was difficult to break into the ranks of the professional, although some did.

In modern terms, the largest leap forward to create more moneymaking opportunities for more photographers, even those with limited knowledge and experience, was the digital revolution. The digital photography era began during 1976, when Canon introduced the AE-1 camera. It was the first with a microprocessor to focus and set exposure time, automatically. Suddenly, what is photography was not restricted to the analog method of film exposure, although it still remains popular with a select group of photographers.

During the next 35 years, digital photography technology advanced so quickly that it was possible to become a successful commercial photographer without years of apprenticeship or being accepted by an “old boys’ club.” In the photography world of 2012, more amateur photographers are able to make money with their camera, and still work their day jobs. Professional-grade cameras, lens and equipment are not required to photograph weddings, high-school senior portraits, Internet projects and images for stock photo companies, to name just a few moneymaking opportunities.

Digital photography has made it possible for many people with a passion for the art to become full-time and well-known professionals within just a few years. A perfect example is Will Burrard-Lewis, a young English photographer, who is a featured interview on PhotographyTalk.com. It only took him two years to advance from an unknown to a highly regarded wildlife photographer whose work has appeared in major publications and exhibits around the globe. He is proof that what is photography is whatever you make of it; and the sooner you start, the more moneymaking opportunities will come your way.

To learn more about how you can make money with your digital camera quickly and easily, click here.

The Nikon D5600 is a few years old now, but it's still a very capable camera for beginner and enthusiast photographers. Learn about this camera's features in our Nikon D5600 review.