Peter Lik: Building an Empire One Landscape Photo at a Time 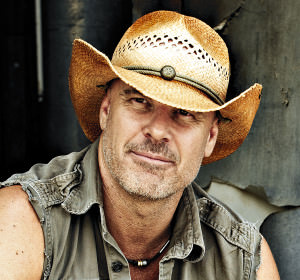 Undoubtedly, Peter Lik had more career and life choices, having been born to Czech parents after they immigrated to Melbourne, Australia. There would be many opportunities for an excellent education as well as succeeding through simple, honest hard work. Lik avoided the trauma of many teens and young adults trying to decide their direction in life, when his parents gave him a Kodak Brownie camera as an eighth-birthday present. His life plan was probably not fully developed at that tender age, but he was confident photography would be the centerpiece. While other kids were wondering what or who they would become as adults, Peter self-directed his photography education throughout his childhood and young adulthood. He learned, he practiced, he worked hard and he began to develop a style and creative vision.

The greatest lesson of his young photography career occurred when he decided he needed the influence and experience of photography in the United States. He arrived during 1984. His travels took him to Alaska where he met Allen Prier, another photographer, who has become an accomplished chronicler of the people and places of Alaska. He provided Lik with his first exposure to the medium-format panoramic camera. Prier not only showed Lik the techniques associated with this camera, but also admonished him that success as a landscape photographer required the big format; in other words, “Go big or go home.”

Prier’s advice had more than just a photographic influence on Lik; it went deeper, creating a drive in Lik to develop a worldwide brand, to build a photography empire. He worked toward his broader vision as soon as he returned to Australia. He applied what he had learned about shooting with a larger format camera during a photography trek though the Australia’s Great South Land. He also put the “go-big” philosophy into action by starting a fine art publishing house and a gallery, which would be the first of many throughout the world. The roots of an empire had been planted.

With strong self-confidence in his photographic as well as entrepreneurial abilities, Peter Lik returned to the United States. He was seeking not just new learning opportunities, but also to “conquer” the challenge of the country’s landscapes and succeed on the world’s biggest photography stage. His “go-big” attitude manifested itself in an enormous undertaking to photograph the natural world in every U.S. state. These images brought him more attention, which continued to grow when included in his popular book, Spirit of America.

As the momentum behind his name and brand increased, Lik’s work began to garner the notice and awards it deserved. He has earned the Master Photographer distinction for both Australia and the United States. More recently, he received the Windland Smith Rice International Award during consecutive years: as the 2011 Plant Life Winner with his photo, “Inner Peace,” and 2010 Art in Nature Winner with his world-famous photo, “Ghost.” “Inner Peace” can be viewed at the Smithsonian Institute in Washington, D.C. from late April through September 2012.

Peter Lik’s photos are exhibited at major shows across the globe; but he hasn’t left it to chance to make his photos available to the public and those that purchase his images. Peter’s photography empire is now centered in Las Vegas, from where he and his staff manage 13 galleries under his name and work with collectors and others who have purchased more than $200 million of his photos. During 2011, he was paid $1 million for a single photo, “One.” Lik has been equally busy building his brand by doing what few landscape photographers have ever done: host a weekly TV series, “From the Edge with Peter Lik,” that airs on the Weather Channel. He is bringing his photography to a very broad audience with behind-the-scenes reports of his adventures to find and capture landscape images.

Photo is by Denise Truscello.