How To Photography: My Go-To Recipe for Bringing Out Details 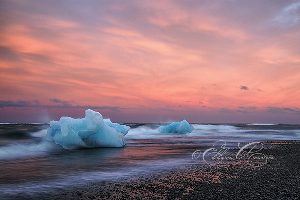 In a few short years Nik plug-ins have completely changed my workflow.  Years ago I had very little use for plug-ins, thinking that I could use Photoshop to make whatever adjustments an image needed.  After all, I write books on software, including Photoshop, and am reasonably adept at using it.  But when I began experimenting with Color Efex Pro, I was hooked!  Not only is it more efficient to use Control Points rather than to manually create layer masks, but the filters open up worlds of possibilities to experiment with all sorts of effects. With Color Efex Pro 4, I love being able to combine the various filters and have created a few recipes that I rely on.

My basic go-to recipe in Color Efex Pro 4 is a combination of Contrast Color Range, Pro Contrast and Tonal Contrast. One of my “secrets” for adjusting images is to boost the midtone contrast.  Many people make their contrast adjustments using the entire tonal range, but that often leads to an image that looks harsh and may have blocked shadows and/or highlights.  I prefer to accentuate the mid-tone contrast to make an image pop.  The Dynamic Contrast slider in the Pro Contrast filter brings out midtone contrast. Often it makes details more prominent.  As a bonus, the Correct Color Cast slider is right there to adjust any colorcast.

Last, I add the Tonal Contrast filter if I want to further bring out details in the highlights, midtones or shadows. I use a light hand because I, personally, am after a more realistic result, not a grunge HDR look. But the flexibility is there to use it to reflect your vision. The results can seem almost magical.

In some cases, such as with this image of the icebergs, I also add Detail Extractor. In this case it brought out the texture in the foreground.  By combining it with the other filters I can use a lighter hand with it and avoid accidentally creating artifacts. This is a winning combination to transform flat images into WOW images.