How To Photography: A Simplified Workflow Using Nik Software 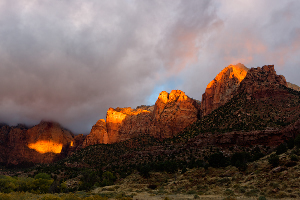 Recently I volunteered to photograph my son’s High School (Monterey Bay Academy) for a new website and related recruiting material that the school was putting together. What I thought would be a somewhat simple project turned into six location shoots at various times spanning two weeks. All of this shooting resulted in 95 edited RAW captures. I’m not sure about you, but I can spend anywhere from 30 – 90 minutes per image when working on my RAW landscape files. I did entertain thoughts of shooting in JPEG mode, but knew I would compromise the ability to massage my file to its fullest potential. Having worked the math, I realized that I had to come up with a simplified workflow.

What is to follow is the procedure I used to cut hours out of my normal workflow. After the project was completed, I turned my attention to editing many of my fall shoots and was surprised at the results. Needless to say, I now use this approach with many of my images.

A key ingredient to help make this workflow stay simple is to be as meticulous as possible with the capture of the image.  I shoot all of my landscape imagery in RAW format. This means scrupulously monitoring the red, green, and blue histograms at the time of capture and avoiding unnecessary clipping in either the shadow or highlights (especially the latter). If the tonal range of the scene is indeed outside the camera’s dynamic capture range, then one has to decide on either using graduated neutral density filters to help balance the scene, or bracketing images for possible HDR processing using Nik Software’s HDR Efex Pro.

Once the images have been captured and imported, my attention turns towards simplifying my RAW processing in Adobe Camera Raw in either Photoshop or Lightroom. Basically, I like to exit my RAW processor with a somewhat flat image as I did with this sunrise image from Zion National Park’s Towers of the Virgins Sunrise. I set highlight and shadow points, but then I backed them off just a tad. I turn off all sharpening, noise reduction and curve adjustments (these will be done later). One key is to set the bit rate to 16-bits to allow for an expanded tonal and color range while editing in Photoshop (I reconvert back to 8-bit once finished processing the file). Lastly, I set my Camera Profile to ACR 4.4, and then went to Lens Correction and placed a checkmark next to “Enable Lens Profile Correction.” The image was then ready to open into Photoshop or Lightroom. By the way, many of these settings can be saved as Camera RAW Defaults.

Next it was time to open my image into Photoshop CS5. Thanks to the awesome products from Nik Software, my editing workflow is very simple.  My first step was to open the image into Nik Software’s Dfine 2.0 and allow the auto mode to do its thing and remove unwanted noise. It’s best to do your noise reduction on the front-end of your workflow for the best results. I used to remove noise in the RAW processor, but I have found using Nik’s Dfine 2.0 to be far more consistent and much simpler.

Now the fun really begins! Next I, used Color Efex Pro 4.0 to correct the image contrast. I like working to get the proper contrast first, as changes to tonality affect the saturation of color. I open the photo into Pro Contrast then click on the third preset down the list, and then select Dynamic Contrast (this is new in Color Efex Pro 4). Voila’, the image just pops! Generally I like the look as is, but I can modify of all my settings quickly and simply with a few tugs of the sliders! For this image, I reset the Correct Color Cast slider from 30% back to 0 percent, as I wanted to retain the warm alpenglow light painting the peaks. I also backed down the Correct Contrast from 30% to 23 % and the Dynamic Contrast from 60% to 41%. These were all just visual adjustments – simply playing with the sliders until the image “felt” right.

Next, I clicked on the Add Filter button (Color Efex Pro 4 now allows for filter stacking) and went to the Brilliance/Warmth filter.  There are many new visual presets to choose from along with setting your own controls. One of my favorite visual presets is the Perceptual Saturation and the Warmth Filter.  I’ll also at times add a Warm visual preset then add a Cool visual preset on top, and blend the two visual presets using the selective reduction slider – there are so many options! For this image, I actually liked the look of the Cool Colors visual preset, as it allowed for the warmly lit peaks to play off of the patchy blue sky. I reduced the Warmth slider from -40 to -12 as I felt it was just a bit too cold at the default setting.

At this point, I thought the image could use a bit more saturation so I re-opened it into Brilliance and Warmth and clicked on the Increase Saturation visual preset and reduced the opacity from 100% down to 20%.

Next, I flattened all the layers  in Photoshop (Layer>Flatten Image). I then saved my file as an 8-bit TIFF, then in Photoshop I can go to Image>Duplicate and re-size that file for whatever output I desire. Lastly, I use Nik Software’s Sharpener Pro 3.0, oftentimes brushing in the sharpness at varying opacities on different areas of the image. If I have a sky for example, I’ll oftentimes not sharpen that portion of the image. This holds true with anything that appears soft in nature.

That’s it! My image is ready to go. Start to finish; I can oftentimes get through an image in minutes rather than hours.

So, the next time you are facing a large project and you don’t want to sacrifice quality, try this method. It certainly cut hours out of my total time and I delivered the images on time and with confidence that they could be used from large display prints to web displays.