How To Photography: Using Viveza 2’s Shadow Adjustment Slider to “Ground” Your Photograph 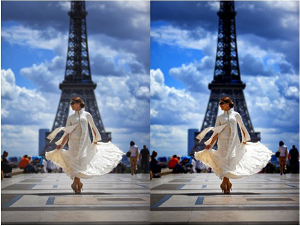 In many situations after processing our initial captures, we run into a stumbling block.  The processing looks good, and we are close to achieving the look that we want, but it lacks a good “grounded” shadow.  Having a “grounded” shadow, which is a shadow with dark density that still maintains detail, helps to create a full tonal range in the photograph.  In many cases, this is more appealing to the viewer.

To solve this we can use the “Shadow Adjustment” slider in Viveza 2 to darken just the darker parts of the photograph.

In this situation, we darkened the shadows with the “Shadow Adjustment” slider and then used the “Brightness” slider to brighten the image in order to create a nice, full tonal range.  By darkening the shadows more (at a higher percentage) and then increasing the brightness, we are adding contrast in a more controlled way than simply sliding the “contrast” slider to the right.