What Is Photography? Edward Curtis and the Preservation of Native American Cultures in Pictures and Recordings 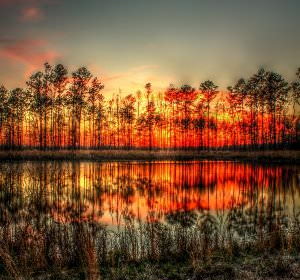 Many photographers of the late 19th/early 20thcentury traveled throughout the American West recording the images of the Native American cultures that were quickly disappearing. No one, however, did a more masterful and comprehensive job—and paid dearly for it, in terms of personal relationships, financial assets and health—than Edward S. Curtis.

Curtis was born at the same time many photography innovations were being introduced. At his birth in Wisconsin during 1868, the reputation of Mathew Brady, as the consummate visual chronicler of the American Civil War, was firmly established. The dry plate process was introduced during 1871. The same year, 1885, that Curtis became an apprentice at a photography studio in St. Paul, Minnesota, at just 17 years of age, George Eastman showed the world the first transparent photographic "film." During 1888, he had created the first Kodak camera; and four years later, the first commercial transparent roll film became available. One can only imagine how these inventions influenced a young man with a growing passion for photography.

Within 8 years (1893), Curtis was married, a father and a partner in a photography studio in Seattle, Washington. Most of his clientele were society women who wished to look alluring and elegant in the then current rage for portrait photos. His reputation as a portrait photographer led to Curtis’ first experience capturing the image of a Native American, Princess Angeline, a daughter of Chief Sealth of the Duwamish Tribe.

Curtis may have had a long, successful career as a portrait photographer and a quiet family life if he hadn’t helped a group of lost scientists during a shooting expedition of Mt. Rainier. One of the members of that group was George Bird Grinnell, a prominent academician of Native American cultures. This chance meeting and their ensuring friendship resulted in Curtis accompanying Grinnell and other scientists on the Harriman Alaska Expedition of 1899. Among the group were naturalist John Muir and the respected zoologist C. Hart Merrimam. During the two-month journey, Curtis recorded many interesting and first-time images of the Alaskan wilderness.

Later, Grinnell invited Curtis to join him for a scientific inquiry of the Piegan Blackfeet in Montana. It was during this trip that Curtis became passionate about Native American cultures. With his early collection of photos, Curtis held exhibitions and lectured to audiences throughout the U.S., and his images were published in major periodicals. This attracted the attention of President Theodore Roosevelt who hired Curtis to be the photographer for his daughter’s wedding and also record a number of family portraits.

With this growing reputation, Curtis was able to secure backing from the famous banker J.P. Morgan to concentrate solely on traveling throughout the American West to photograph Native Americans and their way of life. Once again, Curtis was in the right place and time, as he was able to convince some of the most well known Native Americans to sit for his camera. They included Geronimo, Red Cloud, Medicine Crow and Chief Joseph.

Not only did he capture thousands of images on glass plates with his 14 x 17-inch view camera, but also he and his assistants preserved more than 10,000 recordings of songs, music and the spoken words of his subjects. The more Curtis photographed Native Americans, the more they trusted him, giving him the name, Shadow Catcher.

Curtis’ 30-year project and more than 40,000 photographs became one of the most ambitious publishing projects ever, the 20-volume series, The North American Indian.

Such ambition took a terrible toil, however. Curtis’ wife divorced him during 1916. He lost $75,000 when a motion picture, In the Land of the Head-Hunters, documenting the Kwakiutl Tribe of Vancouver Island, failed commercially, although it was highly acclaimed. Family and financial disasters continued to pursue him, leading to the detriment of his physical and mental health. Eventually, Curtis recovered sufficiently to start writing his autobiography, but it wasn’t published until after his death during 1952, when he was 82.

Today, Edward S. Curtis is hailed as one of the greatest photographers, not just because of the volume of his work, but also because he understood the Native American’s perspective and was able to capture it photographically, preserving for all time cultures that are lost forever.