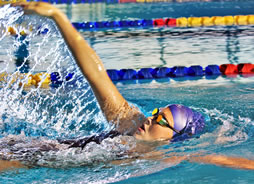 Four decades as a photographer scroll easily through my mind as an ongoing loop of "new" techniques. In the late 60's, posterizing was the hottest thing in the UCLA darkroom. Our student projects overflowed with starkly contrasting black and white images that took their lead from advertising and design photos worldwide.

Cross-processing, infrared film, solarization and turbo filters--each had its time. As technology evolved, creativity nipped its heels to grab the pieces that produced unique imagery. By 2009, these "cutting edge" techniques, when they appear, are usually used as a way of creating "retro" images. New becomes old. And so it continues. Every iteration of what's "new" has the potential to motivate serious photographers toward excellence, acclaim, and an income based on creativity.

At present, Photoshop's High Pass Filter is driving a wave. Photographers are living squarely in the vice of an unprecedented squeeze: a confluence of mass-market digital imagery and a financial meltdown. To simply survive the shrinking marketplace, photo professionals MUST go above and beyond the pack, MUST be creative and unique. In this context, High Pass Filtration is one way to gain an important artistic edge in a field of first class contenders. The great news about learning this technique is that it's not just an investment in style, but also an investment in your future. But I get ahead of myself: first things first.

Using the High Pass filter begins with shooting an image in raw file format. "Raw file" and "camera raw" are a familiar terms to most photographers. Most understand it's a larger file size. For High Pass purposes though, it's helpful to understand in a bit more detail just what a raw file is and why it is preferable to a jpeg in High Pass work.

Although raw files and jpegs use similar technology to convert two-dimensional grayscale "maps" into color files, the differences are enormous in terms of how much image control remains available to the photographer, instead of the manufacturer's proprietary converter software (e.g., Nikon's .NEF variants or Canon's .CR2). The difference among color converters not only differs from manufacturer to manufacturer, but also changes as technology evolves. In short, different converters, used in both jpeg and raw files, are based on the manufacturer's subjective interpretation of what looks "best" can yield very different baseline results.

Without getting technical (or too obsessive about comparisons), let's think of a jpeg file in broad terms as a ready-made tuna mix used in a cafeteria sandwich. All the ingredients are pre-combined and ready to go. Separating individual components within the mix is not a possibility and further additions or changes to the mix will probably produce a heavy-handed result.

In contrast, a raw capture is a freshly made sandwich at a four star restaurant: fresh ingredients are placed individually on the chef's countertop. He may use his creativity to modify any or all of the ingredients and then combine them in ways that are not possible in the cafeteria. The finished product is then plated in its original, plump size.

Of course, both processes turn out a "tuna sandwich" but their respective values and attributes are likely to be significantly different.

Jpeg files are relatively inflexible, particularly with regard to altering exposure. They also heavily compress color data and thus can exaggerate subtle colors and tones, like skin or other fragile elements, especially during editing. In every instance however, shooting raw allows far greater control over an image: the only on camera settings that affect the image are aperture, shutter speed, and ISO-everything else can be manipulated, including white balance. It's not just coincidence that one meaning of raw is "untried." Raw files are an open door for High Pass work.

What exactly is High Pass Filtration? It's a means of blocking lower wave frequencies, while permitting only higher ones to pass. Such filters are used in acoustics, optics and electronics and physics among other fields. For Photoshop users, it's useful to think of the opposite of High Pass Filter as Gaussian Blur. Other adjectives may help draw this distinction:

For Photoshop purposes, High Pass Filtration reveals where the greatest contrasts (i.e., the sharpest angles and edges) appear in a photo, then intensifies and boosts their saturation. It's a layering tool that permits higher frequencies to pass through while blocking lower frequencies.

In order to understand High Pass function, think in terms of layers, rather than effects created by a single pass. Sound waves are a reasonable comparison. If a stereo is adjusted to all treble, one could argue that this is High Pass Filtration at 100% opacity and saturation.

Conversely, all bass would be Gaussian Blur. The original sound would sound either brassy or blurry at the extremes. The magic is in adjusting the balance-and that's what tweaking settings and using High Pass Filter can do for a good image. To take this comparison one step further, adjusting the bass and treble won't make a good song out of a bad one.

High Pass Filtering has been around a while. You may already be familiar with a cousin of High Pass--Unsharp Mask-- in Photoshop. But where Unsharp Mask (despite its contrary name) sharpens an image, High Pass is Unsharp Mask on steroids. It not only sharpens, it alters colors in a way that makes an image "pop" right off the page. Everyone creating High Pass imagery does it a little differently. What's described here is just a starting point. PLAY is always involved if you want to push the envelope and make it your own.

To understand High Pass, a basic knowledge of Photoshop is necessary; familiarity with the concept of layers is useful, too. The image in question must be shot camera RAW to insure the best results. I open all my Nikon D3 digital files as camera raw and no longer bother to shoot jpegs as a backup. In the early days of digital photography, I shot both camera raw and fine jpeg but over time realized it was overkill. Now, I simply don't want to waste the space on my compact flash card.

Upon opening a raw image in Photoshop, there are eleven slide control bars inviting an adjustment. Most of the time, I adjust Exposure (raw converters have varying limits) and Saturation, leaving all other settings alone unless I'm addressing a borderline exposure or it's a very tricky lighting situation. The eleven slide bar settings in Photoshop CS3 and CS4 for camera raw images give the photographer almost unbelievable control of an image.

Start with the best raw image you've got: something that is already exciting, dynamic, and has a full range of colors. Begin with a normal exposure. Usually, I open my image in the largest setting Photoshop allows: a 71 mb file. 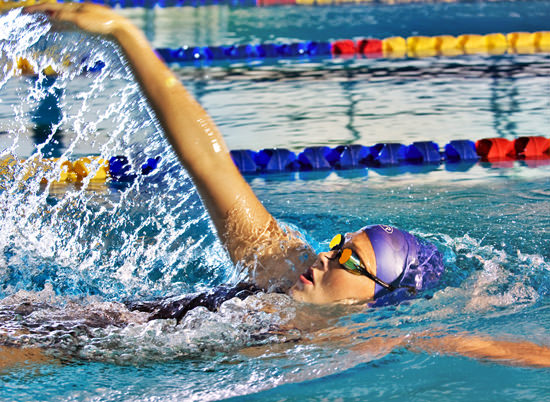 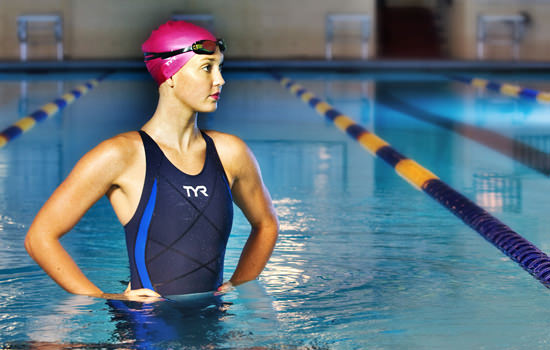 As you can see, the process for using the High Pass Filter is pretty straightforward, but the resulting images are most certainly not. Once you've come up with an image you like, try creating different variations. Here are some possible ways to further manipulate your finished product.

As I've played around in Photoshop, I've found that I can create an interesting retro look after a High Pass image has been created and flattened by backing off the saturation then adding some warmth. Here's how to do it: 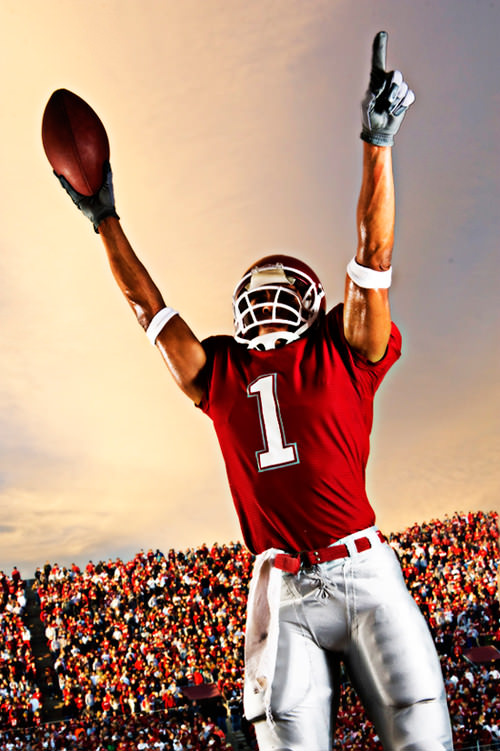 Repeat Steps 1-6 (or continue on from Step 6 if you're continuing with the same shot). 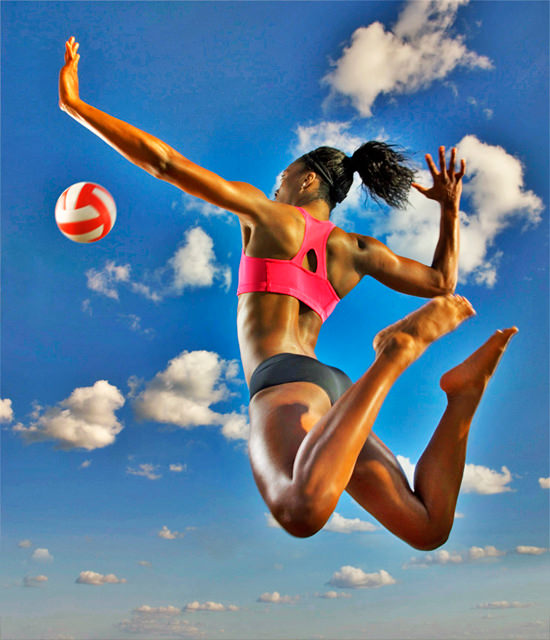 Using the High Pass Filter option is indisputably a lot of fun, but most importantly it's a source of many fresh ideas that allow photographers to create images that were simply unimaginable only a few years ago. Because shooting raw is a prerequisite to take full advantage of the creative goldmine offered by such a sophisticated, flexible file, photographers simultaneously make that investment in the future I alluded to earlier. Bruce Fraser, author of an informative Adobe Whitepaper, "Understanding Digital Raw Capture," raw converters will continue to improve as digital imagery, which is still in its youth, moves rapidly forward.

More digital change is on the way, and it's likely to reflect the same leapfrog pace we see in adolescent kids: remarkable metamorphosis in a short period of time. Shooting raw images insures that files will be ready take immediate advantage of new technology as soon as it hits the market. Savvy photographers are taking position to jump on the leading edge of that Next Best Thing.

In the meantime, we are all struggling to maximize the value of both our existing libraries and new images in a shrinking economy. High Pass images are appreciated not only by those who buy cutting edge photography, but also by people who are simply looking for maximum interest images. To many, the work seems not completely avant-garde, just bold and unique. More than once, my clients have quipped, "I don't know what you did here, but it is SO cool!"

High Pass cannot redeem a poor image, but it can make a superior image into something spectacular. It's a tool that is more than a fad; it has "legs." Its utility and practicality will likely be sustained over time. That's leverage. Whether you have an image that has already worked well, or one you shot yesterday, High Pass offers an excellent return on an investment of your time and attention.

Photography by Pete Saloutos
Text by Pete and Aleta Saloutos