What Is Photography? A College Student Discovers Light…During the 1920s 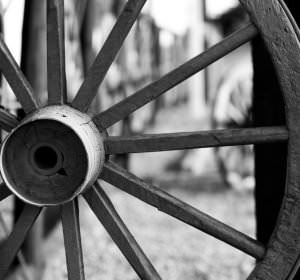 For many, what is photography is a journey of discoveries. Such is the case in this PhotographyTalk exclusive, a report on photography written by a female college student during the 1920s.

“Although I spent a great deal of time on this project, I feel assured that it was well-spent. I have succeeded in becoming familiar with a subject of which formerly I knew very little. The history of the camera, which I was compelled to secure from books, appeared to be a little uninteresting, but it was necessary and, by far, more interesting to see the camera itself in order to understand its mechanism. I am sure I have been successful in attaining the object of writing this report.

“The history of photography appears to be a very curious one to me. It shows how important discoveries are the outcome, not of one mind, but of the investigations of numberless men working together independently of each other and to ends altogether diverse.

“It has been observed that the tanning of the skin by exposure to the sun’s rays is as much a photographic action as is the blackening of luna cornea or horn silver, the observation of which may be said to have been the first step in the science of photography. This horn silver is found in the mines of Freiburg. It is a dull, shining silver ore and consists of silver and chlorine in chemical combination and is know to science as chloride of silver. In its native state, horn silver is completely colorless, but so soon as it is exposed to the light of day, it, in a course of a few minutes, assume a violet tint.

“This effect of light upon luna cornea appears to have been first observed by the alchemist, Fabricius, in 1556; and long after his time it attracted the attention of men of science although without leading to any practical results.

“Many persons must have observed the blackening of paper under the action of lunae caustic, which is the secret of photography; and, yet, it was long years before anyone thought of the uses to which it might be applied in the production of pictures by means of light.

“The first person of whom we have any record who attempted to turn to account this property of silver nitrate to darkness under the influence of light appears to have been a German physician, Johan Heinrick Schultze, of Halle, who in 1727 attempted by means of written characters upon a surface prepared with a mixture of chalk and a solution of silver nitrate to take copies therefrom on paper that had been made translucent. Nothing material was added to these results, which were not very successful until, in 1777, the Swedish chemist, C.W. Scheele, took up the discovery of Fabricius and, applying combined chemical and spectrum analysis to the science of photography, found that the violet rays of the spectrum act more energetically upon silver chloride than the blue, yellow or red rays. He thus proved that the rays of light are not all alike chemically active.

“Other important discoveries were made. It is claimed by the French that the first actual photograph was taken by Professor Charles, who struck with the property possessed by silver salts to blacken in contact with light, made some interesting experiments in a course of a lecture on physics delivered by him at the Louvre in 1780. By means of a strong ray of light, he threw the silhouette of one of his pupils upon a sheet of paper that had been saturated with chloride of silver. The paper under the action of the light, blackened immediately at those parts, which were exposed to the sun’s rays, while it remained white in those parts where the shadow fell, so that the figure of the youth was shown in white upon a black ground. As soon as the shadow was withdrawn, the white exposed to the sun’s rays began to darken. Mr. Charles left no account of his process and considerable doubt has been thrown upon the reported achievement.

“While up to the end of the 18th century the problem of drawing light was still an unsolved one. I found that it was interesting to note that one Frenchman, Tiphaigne de la Roche, made so apt a guess at sun-picturing that it amounted almost to a prophecy. He published in the year 1760 a book called “Giphantic” and in which he describes a method whereby a strange people, in whose land he is sojourning, produce pictures of objects.”

This excerpt from the college student’s report on what is photography reveals how much photography as evolved during less than 100 years. It also shows that college students’ attitudes haven’t changed much when it comes to writing a report on a subject about which they know little or nothing and find uninteresting…that is until they actually research and write the report!