What Is Photography? A College Student Discovers How To Focus a Camera and Photograph Interiors…During the 1920s 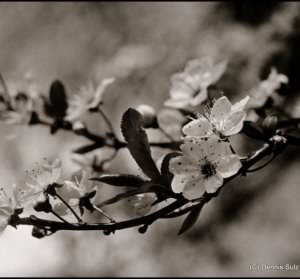 This is the third excerpt from a Midwest female college student’s report on photography written sometime during the 1920s. The original manuscript is not dated. It is evident in this third installment that a knowledgeable photographer of the day is showing her how to operate a camera and specifically how to photograph interiors.

“The term focus means bringing the rays of light forming the picture through the lens to a point where they are shown clear and distinct upon the ground glass. With a fixed focus camera, the lens is constructed and adjusted in the camera by the manufacturer, so that all objects that come within the range of the lens will be in focus where the plate-holder is placed. The adjustable focus camera is constructed with a ground glass screen at the back of the camera and between it and the lens is a flexible bellows, which can be operated to bring the lens and ground glass nearer together or farther apart as the case may require. For instance, where the objects to be photographed are close at hand, the lens and ground glass should be extended; for objects farther away, the lens and ground glass should be brought nearer together. In making this adjustment, it is necessary to examine the image or picture on the ground glass to determine when it is clear and sharp. The image will appear to better advantage if the light is excluded between the eye and the ground glass screen. This is accomplished by putting the camera on a tripod and placing a cloth over the head and camera, excluding the light; this is commonly called a focusing cloth. The operation is called focusing.

“In order to get as sharp a negative on the plate as appears on the ground glass, it is absolutely necessary that the plate when inserted in the camera box be placed exactly the same distance from the lens to the ground glass as it was at the time of focusing.”

“In photographing interiors, it is necessary to give greatly increased exposures, varied, of course, according to the illumination, the color of the walls, furniture, etc. Even in well-lighted rooms, exposures should seldom be less than 10 to 20 seconds and others from 25 seconds to hours. The best results in this class of photography are obtained by plates specially prepared called 'double-coated,’ which makes the wide latitude of exposure possible. When the exposure has been correct the most perfect and beautiful results can be obtained by proper development.

“The first thing to be considered in regard to interior photography is the point of view from which the picture shall be taken. In the case of a small room, it is impossible to take in anything, but just one corner of it – unless a wide angle lens is employed and the difficulty which immediately presents itself is to make that one corner appear in the photograph as representative of the whole as possible. A wide-angle lens is an instrument, which has been designed to overcome this difficulty in connection with the small angle of view, which the ordinary lens is able to embrace. It is a lens of very short focus in relation to the size of plate, which it will cover and consequently it gives much smaller images and can throw a large quantity of them onto a plate of given size. In a general way, it is best to take up a position for the camera in one corner of the room, for in a square room this gives a greater distance and the opposite corner has better possibilities for a picture than a flat wall would have. The camera should be placed as nearly as possible at the height of the eye, so that the resulting photograph will represent the view as it would be seen by a person standing at the point whence the photograph was taken.

“As regards exposure, it is impossible to give any definite instructions for it may vary to any extent from half a minute to half an hour and under difficult conditions may easily reach half a day or even more.”