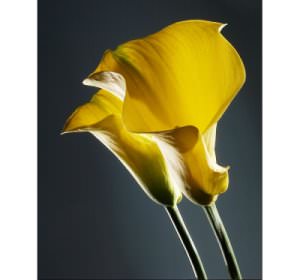 In shooting still life scenes, it's great when you can come away with images that are compelling enough to print, frame and live with. But unless you're conscious of how to successfully capture what you "pre-visualize", it's easy to end up with images that are "almost great", and not quite print-worthy.

For the still life photographer, the biggest challenge has to do with the lighting. Understanding the nature of light and learning how to control and modify it will ultimately bring you to the point where you are essentially "painting with light".

In this lesson, photographer Ben Clay demonstrates some straightforward techniques that will get you thinking about the fundamentals of lighting and how to best use them to serve your vision.

How Not To Shoot Still Lifes

For this shoot, I used a modest "prosumer" DSLR primarily to demonstrate that compelling images are more a result of the quality of light and less about what camera you shot them with. Additionally, it's important to note that you can get perfectly terrible results with any make of camera should you opt to shoot in the AUTO mode.

So to start off, I wanted to demonstrate how not to approach shooting still life scenes. After returning from the florist with these calla lilies, I put them in a vase and placed them on a table against a wall in my home office. Then, I set the Exposure mode dial to AUTO, activated the pop-up flash and took a shot. [Figures 1 and 2]

Perfectly terrible, right? Then again, the word "terrible" implies there is at least some element of the image that grabs the viewer's attention. But not in this case. No, the adjective in this result is much more severe: BORING.

Photographing beautiful flowers this way could be compared to playing the piano with winter gloves on. You may be able to get the job done, but who really wants to experience that?

For this shoot, I wanted to keep things simple and shoot in my small home office (8'x8', 8' ceiling). For lighting, I just used the two lights included in the Photoflex First Studio Portrait Kit (without the Umbrellas). Each light unit is comprised of a light fixture with a parabolic reflector, a 250-watt bulb, a cord with switch attached that plugs directly into the wall, and an LS-B2211 LiteStand. [Figure 3]

I then brought in a wooden table, set it against the wall and set the vase of calla lilies on it. I set the lights to either side of the set, attached the camera to a tripod and made some adjustments to the camera settings.

The first thing I did was deactivate the flash and changed the Exposure Mode dial to M (Manual) in order to adjust the shutter speed and aperture settings manually. [Figure 4]

I also changed the White Balance setting so that the color of the images would be neutral, or color-balanced, with the FirstStudio lights (Tungsten, 3200K).

Once the camera was configured, I took one light, turned it on and placed it off to the side to pick up the texture of the flower petals. One of the nice things about working with continuous lights is that you can see the effects immediately on your subject as you move them around the set.

Once this light was where I wanted it, I took a few test shots, adjusting the aperture and shutter speed settings, to dial in the exposure and depth of field that I wanted. [Figures 5 & 6]

As you can see, this is a vast improvement over the built-in flash result. Because the light is raking across from the side, I was able to pick up much more detail in the texture of the petals. This type of off-axis lighting also helps to render the flowers as having more depth, or as being more three-dimensional.

Still, the shot is fairly high in contrast and you'll notice that the left side of the lilies fall fairly heavily into shadow.

Now in this instance, some might figure that the best way to minimize the contrast and illuminate the left side of the lilies would be to add the second light to the other side at roughly the same angle as the first light. Let's just see what happens when we do this. [Figure 7 & 8]

The results are interesting. The second light definitely added more light to the left side of the lilies, but it also flattened out the overall lighting, as well as the texture in the petals weI got in the first result. Looking at the shot overall, it's definitely a step up from the built-in flash result, but still somewhat boring. Also note that the background, while offering some contrast to the lilies, is pretty flat and uninteresting.

Next, I turned off the second light momentarily and repositioned the first light somewhat to get more of what I was getting in the shot with just one light. I also took some time to reposition the flowers so that they would make a nicer composition in the frame.

When I got the first light where I wanted it, I then took the second light, brought it closer toward the back, and aimed it directly at the back wall. This second light served two purposes: first to create a tonal gradient in the wall, and also to bounce light off of the wall and into the shadow areas of the left side. [Figure 9]

Once the lights were positioned, I took another shot. [Figure 10]

Notice how this result is now much more dynamic. I regained the detail in the petals, the shadow areas are not too dark, the composition is more interesting, and the gradated background increases the overall sense of dimension.

Adjectives one might use to describe a shot like this last one might be "pleasant", "calming", "pretty"... It's a good exercise to do when you're developing a shot. Leave the room for a minute or two, come back and try to look at the scene or image objectively. What adjectives come to mind? Are these the adjectives you're going for? Remember that the lighting tools you use, and the way in which you use them, will heavily influence the tone of your images.

So let's say that you were looking to change this scene from a "pleasant" one to a "dramatic" one. What would you do? In this case, I decided to employ a very effective method called "back lighting" or "rim lighting". Essentially, this type of lighting allows you to light your subject from behind, creating a strong silhouette against the background, picking up any texture that may be visible and rendering the front areas slightly dark in order to create a more dramatic mood. [Figure 11]

To start, I first turned on the rear left light, pointed it at the back of the lilies and came around front to see how the light was affecting the scene. After making slight modifications to the positioning of both the light and the lilies, I took another shot. [Figures 12 & 13]

Here's that drama we were talking about. The effect is very graphic, high in contrast, but in all the right ways. Notice how the petals and stems have sharp contrast and separation from the background, giving the shot a rich sense of dimension. Also notice that the slight spill from this single light provides gradation in the background as well.

One Light At A Time

Next, I turned off this light and turned on the right-hand one. I encourage people just starting out with lighting to get into the habit of adjusting each light individually. It's much easier to see the effects of one light and make changes to it than when two or more lights are on at the same time. Although this may seem like a hassle at first, you'd be surprised with how much time you can spend chasing your tail with all the lights going, particularly when the lighting elements in your sets get more involved.

Once this second light was positioned where I wanted it, I fired off another shot. [Figures 14 and 15]

Again, very dramatic lighting, but this time from the opposite side. At this point, I was ready to take a shot with both lights on and see what the combined effect would be. [Figures 16 & 17]

This was just the look I was going for. Each of the lights is effective at illuminating the calla lilies in stark contrast against an elegantly gradated background. And because of their positioning, the lights do not detract from each other the way they did in figure 8.

Before striking the set, I changed the color space in the camera to grayscale and and took a black and white version. [Figure 18]

Because of the dramatic, high contrast lighting, this scene is well rendered in the stark tones of black, white and gray.

As you can see from these results, there are many ways you can develop your shots with respect to mood. The more practiced you become with lighting techniques -- the more you experiment and try different moods -- the better you'll become at creating images you'll want to print, frame and live with!