How To Photography: Film Efex: Modern in Color Efex Pro 4 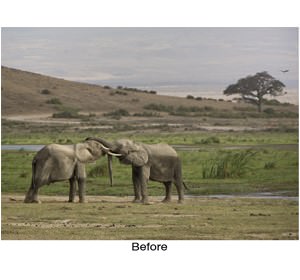 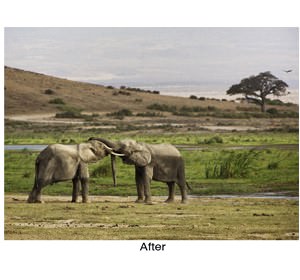 The Film Efex: Modern filter within Color Efex Pro 4 is a wonderful filter that lets you simulate the look and feel of analog film. When applied, it breathes new life into your images by not only introducing a new color palette, but by also giving you the ability to further tweak the film settings for maximum effect. It is truly reminiscent of the days when you mastered film to get that signature “look”.

Film Efex: Modern has four main controls that enable you to adjust the filtered effect, two of which are unique and powerful tools within Color Efex Pro 4 (and the Nik Software lineup). We can begin to see the power of the filter by getting a closer look at the filter controls…

The Film Type drop-down menu contains 33 different color negative and color transparency film types. Many of the listed films are currently available on the market today, however there are a few discontinued films in this list as well. Selecting a specific film type will apply an effect that simulates the saturation, color sensitivity, and grain profile of that particular film.

These film profiles are based on film that was shot by Nik Software and then sent out to various labs for processing. The resulting film was then scanned, analyzed, and adapted for use within Color Efex Pro (originally for Color Efex Pro 3.0). What you are left with is an amazing array of accurately reproduced film types, complete with their own tone curve and color profile.

The Brightness slider controls the overall brightness of your image. The default value is set to 0%, with a maximum of 100%.

The Contrast slider allows you to control the overall contrast of your image. This is a global application; the default setting is 0%, with a maximum of 100%.

The Film Details section expands to show four variable sub-sections that allow you to alter, enhance, or create your own look for a specific Film Type. Please note, all of the sub-section default values are determined by the Film Type that is currently selected.

The Film Details section can be expanded

Sensitivity allows you to adjust the brightness of each particular color found in your image. These sliders operate on a range from -100% to 100%.

The Sensitivity controls within the Film Details section

Saturation controls the vibrancy of a specific color within your image. These sliders operate on a range from -100% to 100%.

The Saturation controls within the Film Details section

The Tone Curve can be used to adjust the contrast of your Film Type. It enables you to make changes to the tonality and contrast of the image as a whole (RGB), to the Luminosity channel, or to the Red, Green, and Blue channels separately.

The Tone Curve controls within the Film Details section

Grain has two controls that work to add a realistic grain to your image by utilizing Nik Software’s Grain Engine. The Grain Engine breaks the image down by pixels and applies the grain at this minute level, while also giving you control over the grain’s size and appearance.

The Soft slider increases or decreases the apparent sharpness of the grain. This gives you control over the appearance and feel of the image.

The Grain controls within the Film Details section

Tip: Apply Film Efex: Modern to you image, and then take it to the next level by applying any of the other film technique filters within Color Efex Pro 4. Experiment with your film type by stacking it with Bleach Bypass, Cross Balance, or Cross Processing. You can then vary the Opacity of the added filter to get the right look!