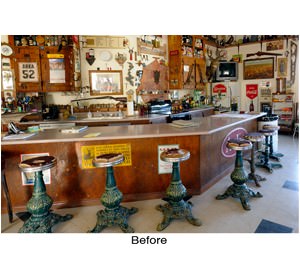 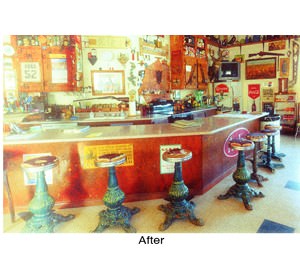 Film Efex: Nostalgic is another stylistic and creative filter that is a part of Color Efex Pro 4, and the Film Efex “family” (there are four total Film Efex filters). It creates the effect of an imagined film type and applies it to your image, while allowing you to vary the stylistic look and feel of the image by changing the brightness, vignette, perceptual saturation and several other adjustments. What you end up with is an effect that lends an artisitic and story telling look to each image.

By looking at the Film Efex: Nostalgic filter and its controls, we will get a better idea of what we can achieve.

The Brightness slider controls the overall brightness of your image. The default value is set to 25%. This slider operates on a range from -50% to 75%.

Perceptual Saturation changes the appearance of saturation, without actually increasing or decreasing the saturation of colors directly. It works by altering the hues of the colors in the image somewhat, to boost the perception of saturation of those colors. Essentially, it will increase the complimentary color component in surrounding colors, which changes the way the brain perceives color. The concept is very similar to the Color Contrast Range filter within Color Efex Pro 4. It is set to 80% by default.

Glow will add a small amount of a glow effect. This affects bright objects more so than others. This is set to 40% as a default starting point.

Film Strength controls the amount of the Film Type (or the stylization) that is applied to your original image. By default it is set to 80%. Moving the slider to the right will increase the effect, while moving to the left will decrease the effect.

The Film Type drop-down menu offers 12 different film type options. These have been designed to each give a different look and feel to your image.

Tip: This is a great filter to stack on top of a subtle application of the Polaroid Transfer filter. They both work together to bring added texture and depth to the image while retaining that artistic feel.