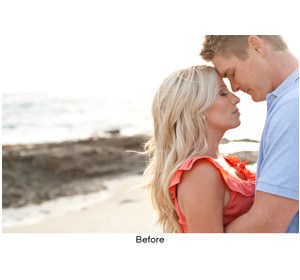 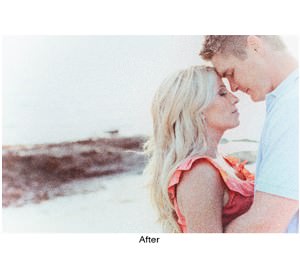 Film Efex: Faded is a fun filter that offers a great stylistic effect by bringing an aged charm to your images. It does this by simulating old, handled prints, altered with the effects of time. The filter can bring a wonderfully aged look to an image, imparting a warm, cherished look of a well-worn classic.

By looking at the filter a little closer, you will see that it affects the colors and contrast of your image, and also offers the ability to add some film grain.

The Brightness slider controls the overall brightness of your image. The default value is set to 0%. This slider operates on a range from -100% to 100%.

The Contrast slider allows you to control the overall contrast of your image. This is a global application; the default setting is 0%, with the sliders operating between -100% and 100%.

Saturation controls the vibrancy of color within the image. Moving the slider to the left desaturates the image while moving to the right increases saturation. This is set to 28% by default.

Haze adds a layer of diffusion. It does this by reducing contrast and softening the image. 50% is the default setting, adding a medium amount of haze to the image.

Film Strength controls the amount of the Film Type (or the stylization) that is applied to your original image. By default it is set to 70%. Moving the slider to the right will increase the effect, while moving to the left will decrease the effect.

The Film Type drop-down menu offers 12 different film type options. Initially this is set to Film Type 1. You can utilize the dropdown box to preview and change the Film Type.

Tip: A great companion filter to pair this with Film Efex: Faded is Image Borders. For the best result, you will want to place the Image Borders filter on first. This will allow you to define the borders, thereby framing the image. Then, once you apply the Film Efex: Faded filter, you will have a consistent color and tone to the overall image. This makes the entire image appear faded, rather than having the stark white Image Borders placed on top of the classic look.