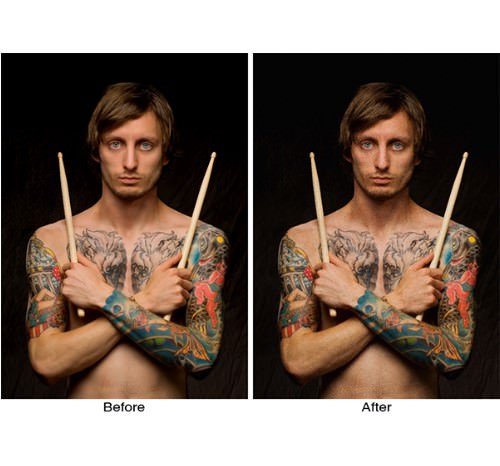 Film Grain in Color Efex Pro 4 is a great no-nonsense filter that applies the essence of analog film to your image: grain. It gives you the texture and appearance of realistic film grain, without creating a noisy look. This is a useful filter to use if you want to introduce a gritty, natural grain to your image without adding any color variance or other stylistic attributes that may come from any of the Film Efex filters.

This is a very straight-forward yet powerful filter, with only a few controls…

The Grain Softness control operates between Soft and Hard, and defaults in the middle of the two options. Moving the slider to the left introduces some softness to the grain by decreasing the sharpness. Moving the filter to the right will harden the grain by sharpening the edges of every grain.

Film Contrast applies a natural film S-curve and defaults at 50%. Moving the slider to the left will remove any Contrast that has been added to the image, while moving it to the right will increase the contrast in the image.

The Shadows and Highlights protection sliders are set to 10% by default in this filter.

Tip: This is a great filter to use as an introduction to the Film Efex family. Using this particular filter will give you great insight on the Nik Software Grain Engine, and allow you to see what happens to your image as you add grain. Once you feel confident using Film Grain, you can then branch out and experience the variations of color and tone with the other Film Efex filters.