The Top 10 Photography Destinations in the World Revealed 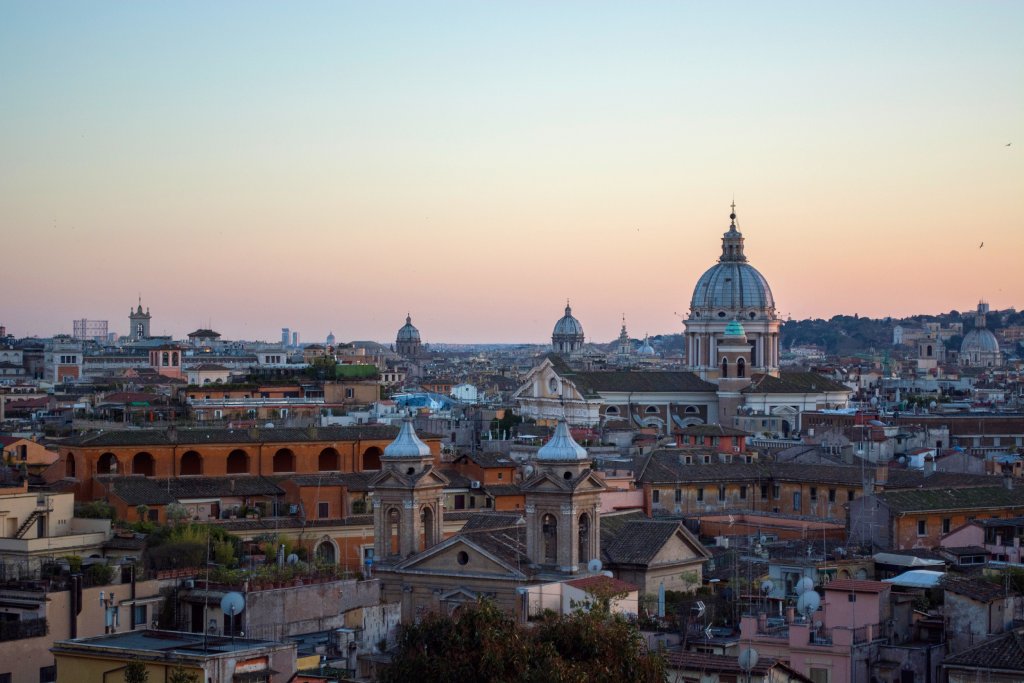 Photo by Julia Solonina on Unsplash

It's that time of year again. TripAdvisor has revealed the top 10 photography destinations of 2019. Some of them may surprise you. 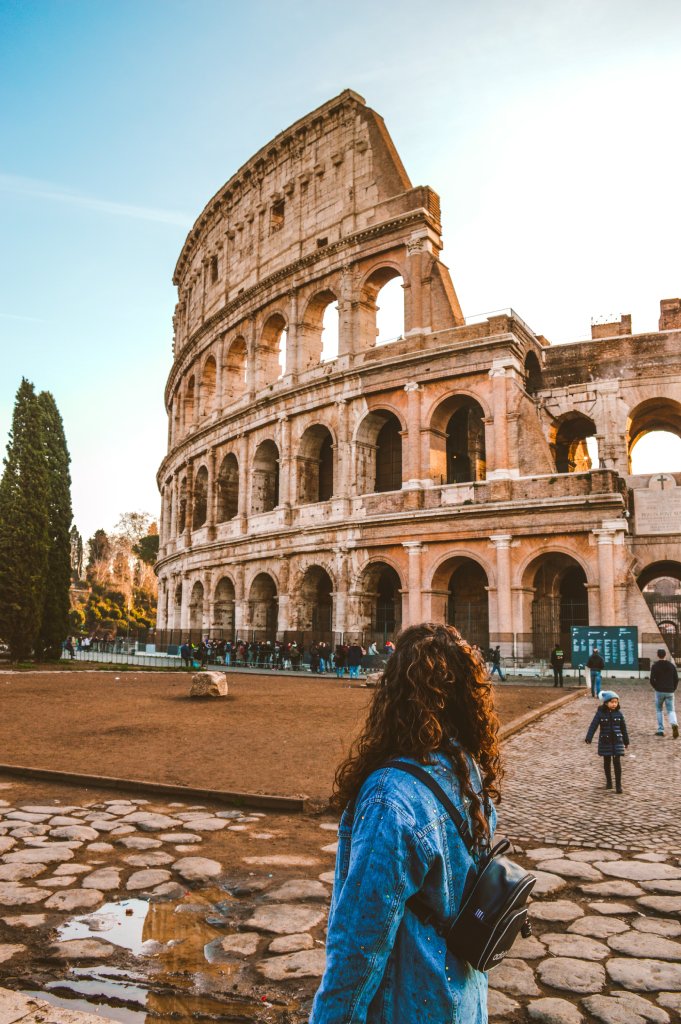 Photo by L A L A on Unsplash

The Colosseum sees over 7 million visitors every year or 21,000 people per day. For something built nearly 2,000 years ago, that's an impressive number.

One of the reasons this tourist destination is so popular for photographers is that it is cheap to get in, just $14. In fact, most photography destinations in Rome are either cheap or free to enter since they are part of the city's history. 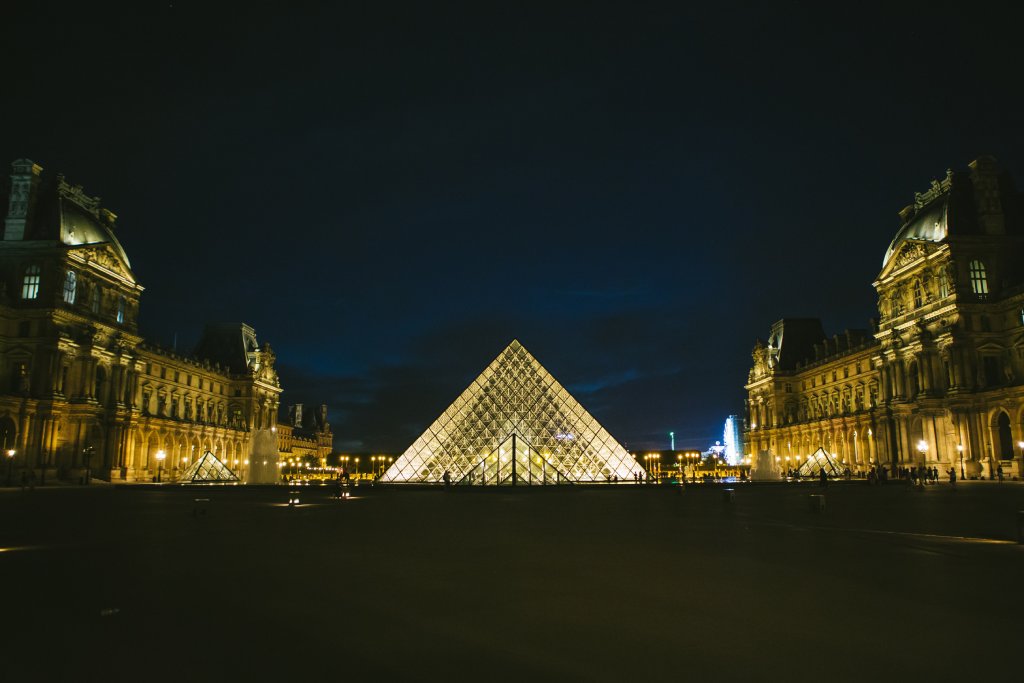 Photo by Shubhagata Sengupta on Unsplash

The Louvre Museum, which hosts the largest art collection in the world at 38,000 pieces, beat out the Eiffel Tower this year as the most popular photography destination in France.

A great number of visitors to the Louvre go just to see the Mona Lisa. But, many other visitors go for the architecture. The Louvre was built back in 1190 as a fortress, before being converted into a palace during the 1600s, and finally being converted to its final form as an art museum in 1793.

Typically, it will cost you $19 to enter, unless you visit on the third Saturday of the month when the entry is free and the crowds are even more unruly. 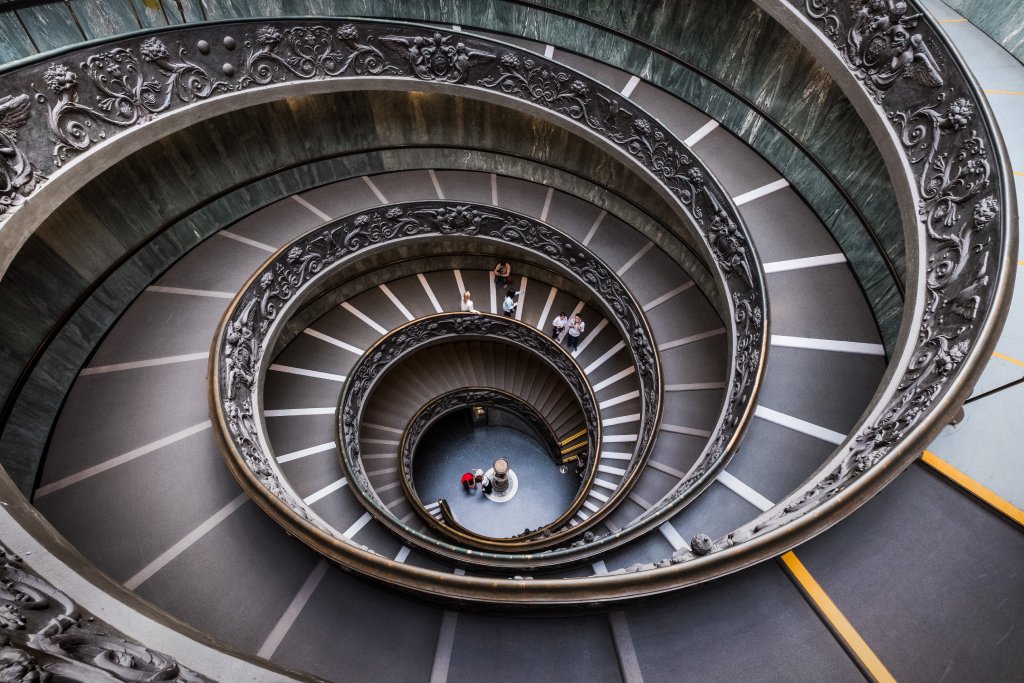 Photo by Nicolas Hoizey on Unsplash

Just one of many great photography destinations in Italy, the Vatican Museums in Vatican City features a ton of religious artwork that each pope throughout history has donated to.

You can also see the Sistine Chapel in Vatican City, although the ticket price is more expensive at $29.

Amongst the most popular photography spots in Vatican City are: 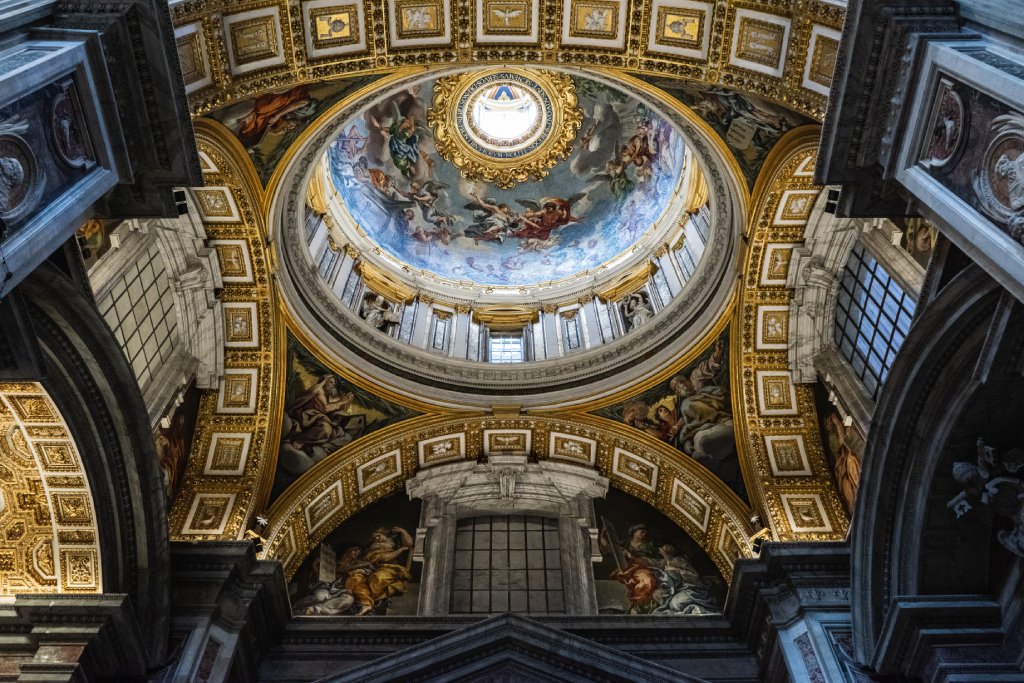 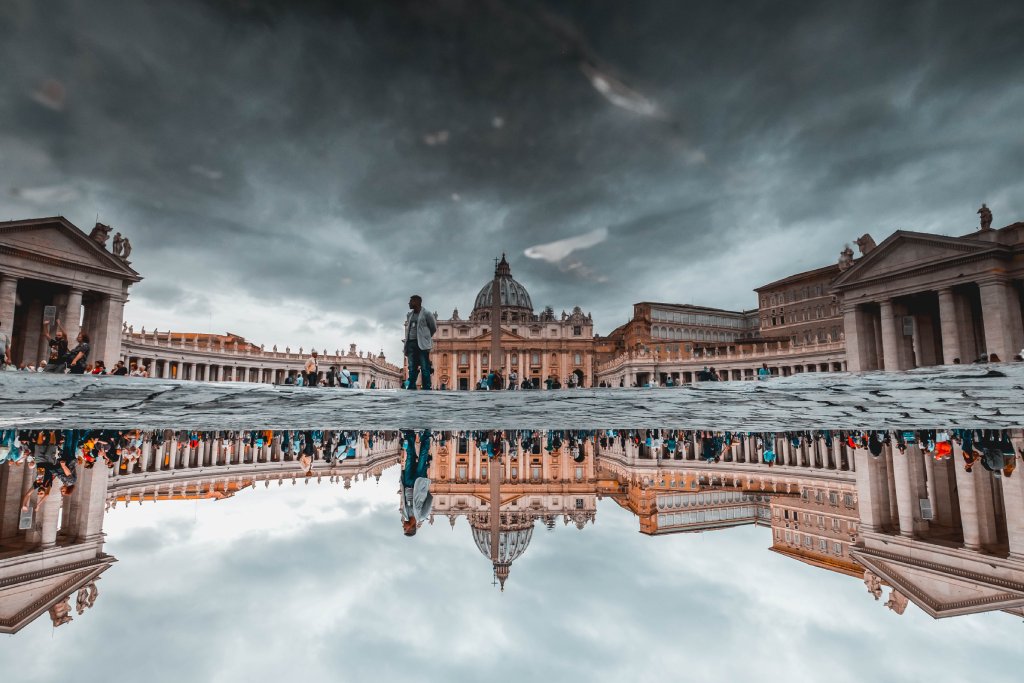 Photo by Sean Ang on Unsplash

With so many beautiful shots in one place no wonder Vatican City is one of the most popular photography trips.

4. The Statue of Liberty, NYC 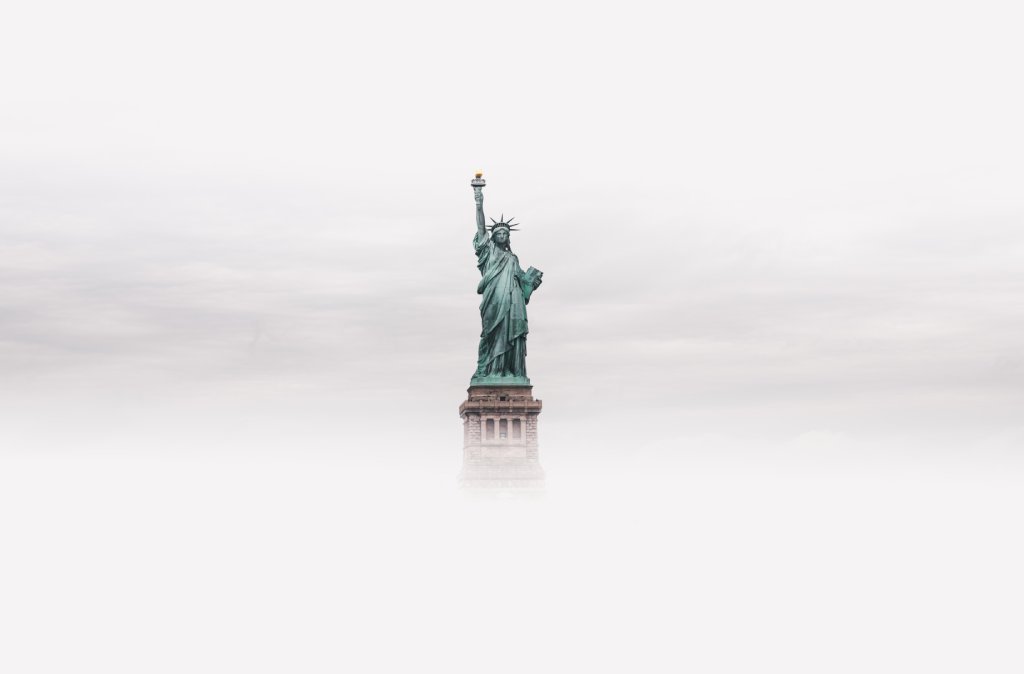 Photo by Luke Stackpoole on Unsplash

This one kind of surprised me, given there are so many beautiful photography destinations in New York City. However, the Statue of Liberty stands in remembrance of the many values Americans hold near and dear.

Plus, standing in the middle of the New York Harbor, Lady Liberty is frequently flooded with a mist so heavy you cannot see her at all.

It's a magical time.

You can climb the 330-feet to stand in the Statue's crown, but you need to book those tickets well in advance and the views of the Statue are much more beautiful from the ferry ride, which is just $19.

And, if you're already visiting the Statue of Liberty, you may as well hit up the rest of the photography hotspots in New York City, like the Empire State Building, Times Square, 42nd Street, and Brooklyn. 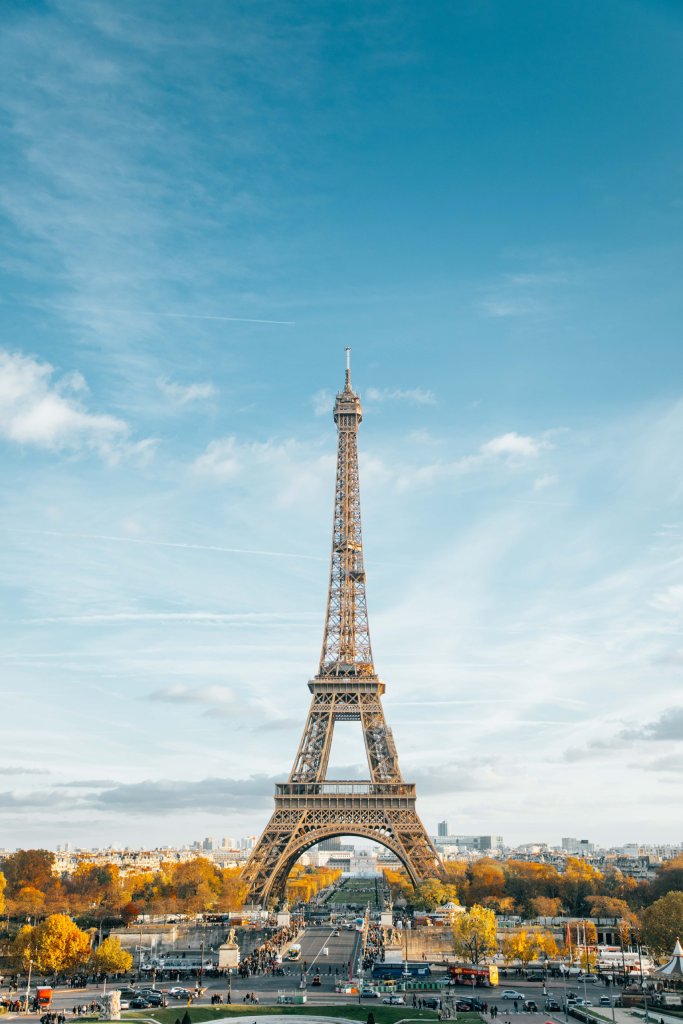 Photo by Anthony DELANOIX on Unsplash

The Eiffel Tower was built in 1887 and features 2,665 steps to the top (and an elevator for those of you who aren't interested in any cardio on your pastry-heavy vacation).

An interesting tidbit not many people are aware of or follow is that you legally cannot post pictures you take of the Eiffel Tower during the night.

This is because the light show that is put on around the Tower first began in 1985 so it falls under a French artistic copyright law.

You can get tickets to the Eiffel Tower for just $11. 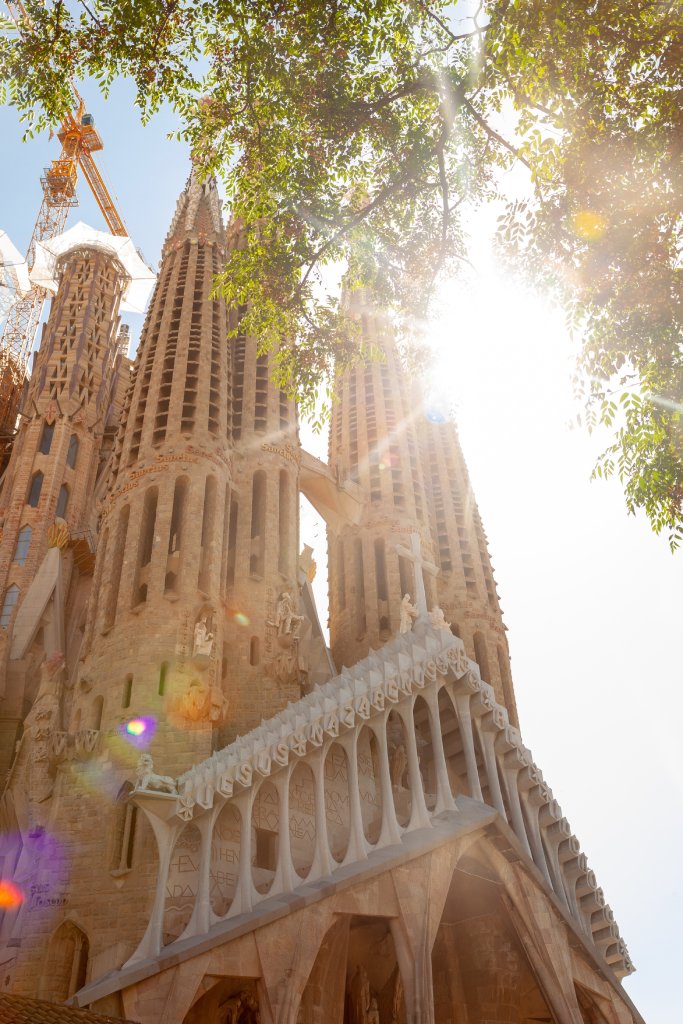 Photo by Duncan Kidd on Unsplash

The Sagrada Familia in Barcelona is famous for never being finished, which means every time you take a photography trip to Spain you will get to witness and photograph a newer version of this church.

This church is a UNESCO world heritage site and you can add it to your Spanish photography itinerary for $19. 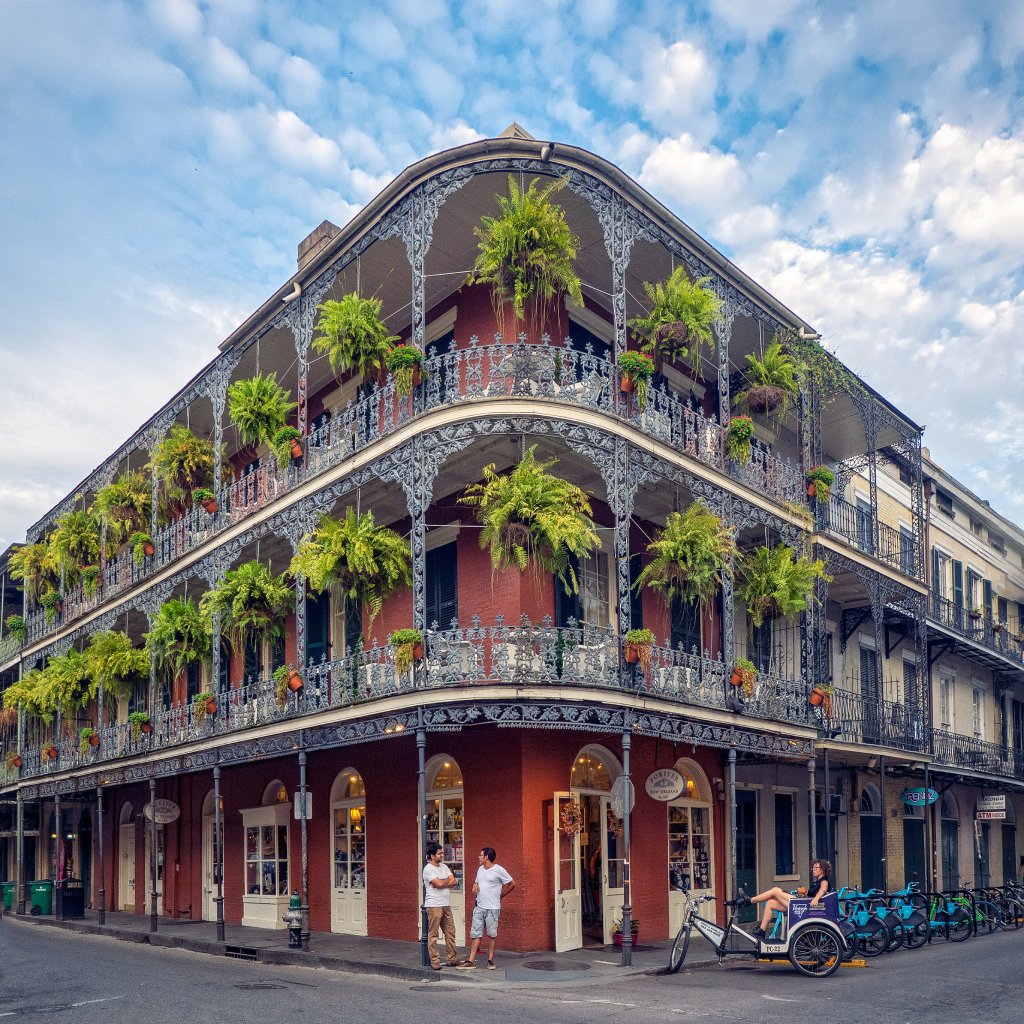 Photo by Rosie Kerr on Unsplash

The French Quarter in New Orleans is the oldest part of the city, which boasts an open-air French market, some of the world's most famous strip clubs along Bourbon Street, and is used as the background for yearly Mardi Gras celebrations held in February or March.

This coming February 25th will be when the 2020 Mardi Gras is held and it is free to attend.

The strip clubs will not be, however. 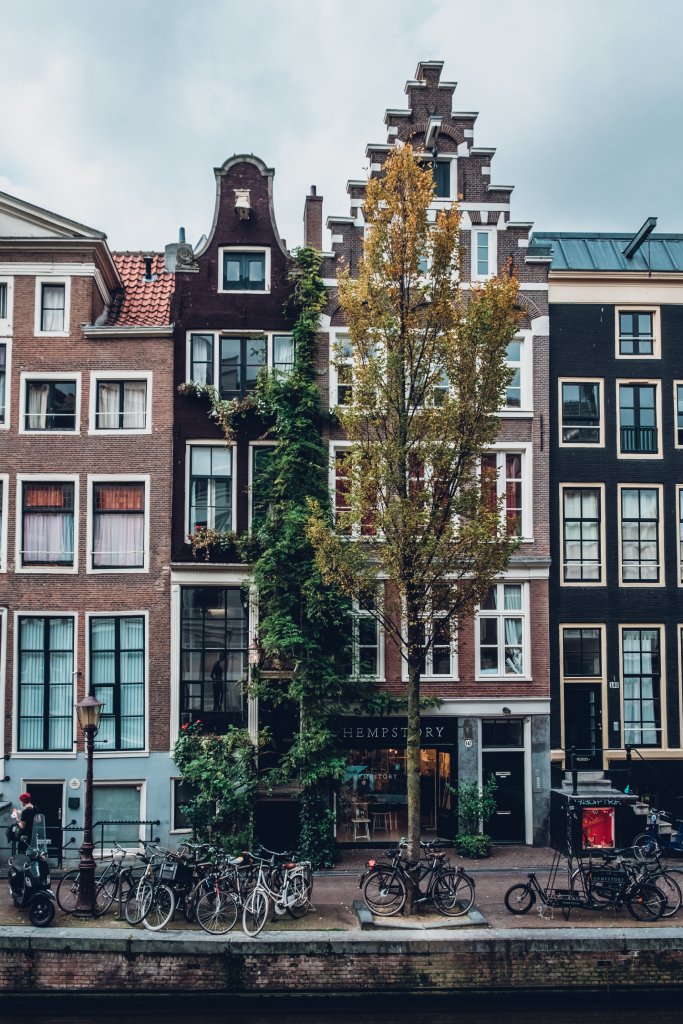 Photo by Robin Benzrihem on Unsplash

This is another photography destination that surprised me, if only because photography is actually banned in the attic where Anne Frank used to be housed during WWII.

However, for those history enthusiasts, the Anne Frank House allows you to see the bookcase which hid the Frank family and Anne Frank's original diary, which is the most famous diary in world history.

You can take photos of the outside of the house, though, which is quite beautiful. 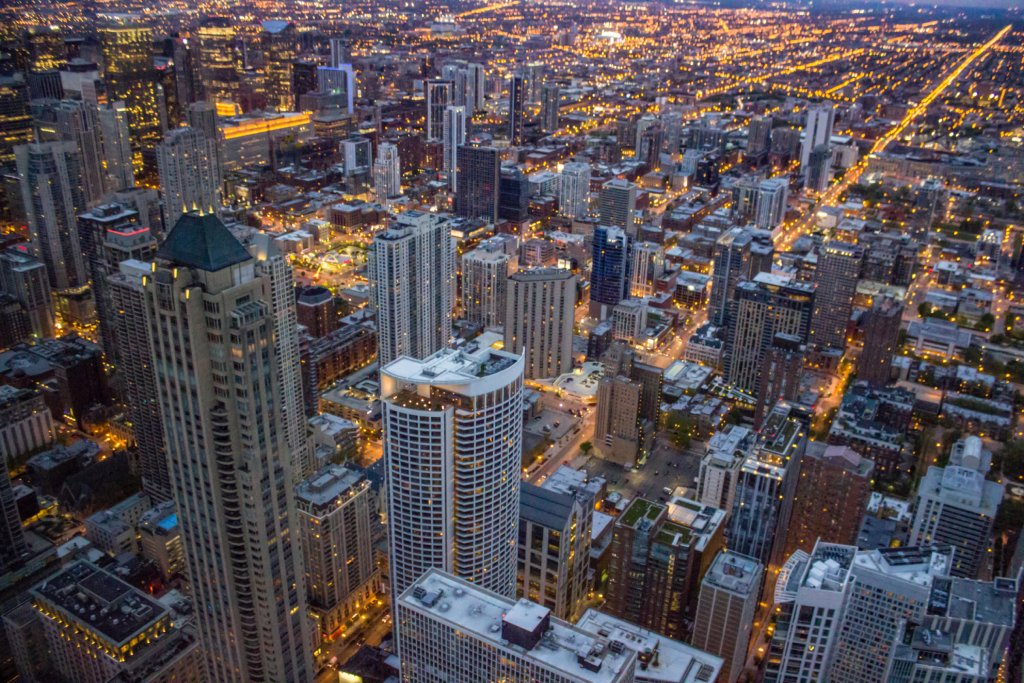 Photo by Gautam Krishnan on Unsplash

This photography destination is not for the faint of heart since its dizzying height of 1,353 feet is the tallest viewing area in the United States.

Did I mention its glass?

The Skydeck is located inside of Willis Tower, and of all the photography spots in Chicago is definitely the most terrifying.

Earlier this year one family was left shocked after the glass floor beneath them shattered.

Thankfully, the glass that shattered was only protective glass and wasn't weight-bearing.

You can visit these terrifying heights for $25. 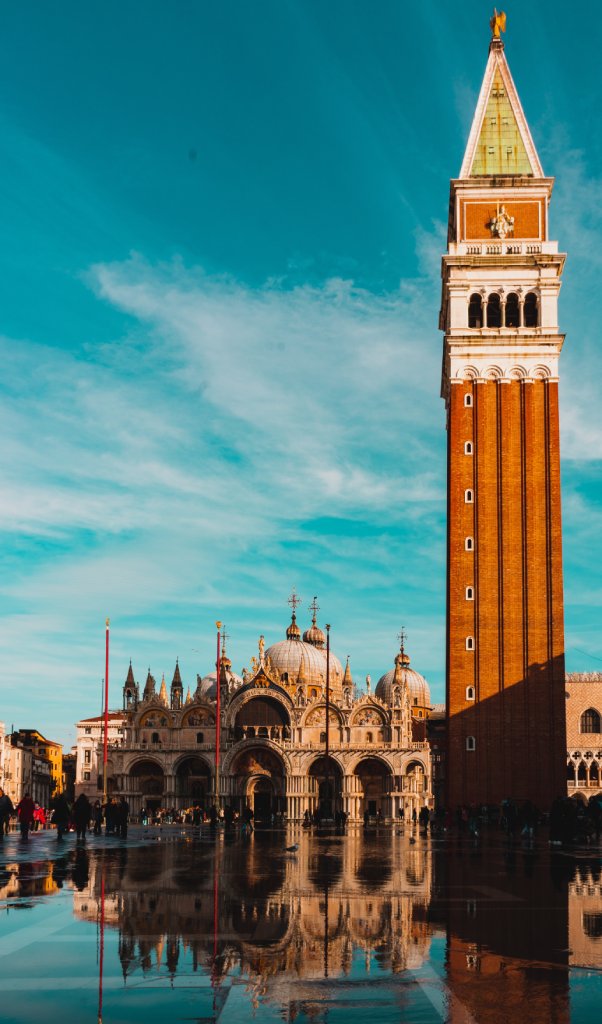 It seems Italy was the most important photography destination of 2019 since 3 Italian landmarks made it on this list.

The Piazza San Marco in Venice made headlines just a few weeks ago when the square was completely underwater due to the worst floods the city had seen in years.

The Piazza San Marco features the oldest cafe in the world, Caffe Florian, and St. Mark's Basilica, one of the most famous Catholic churches in the world. 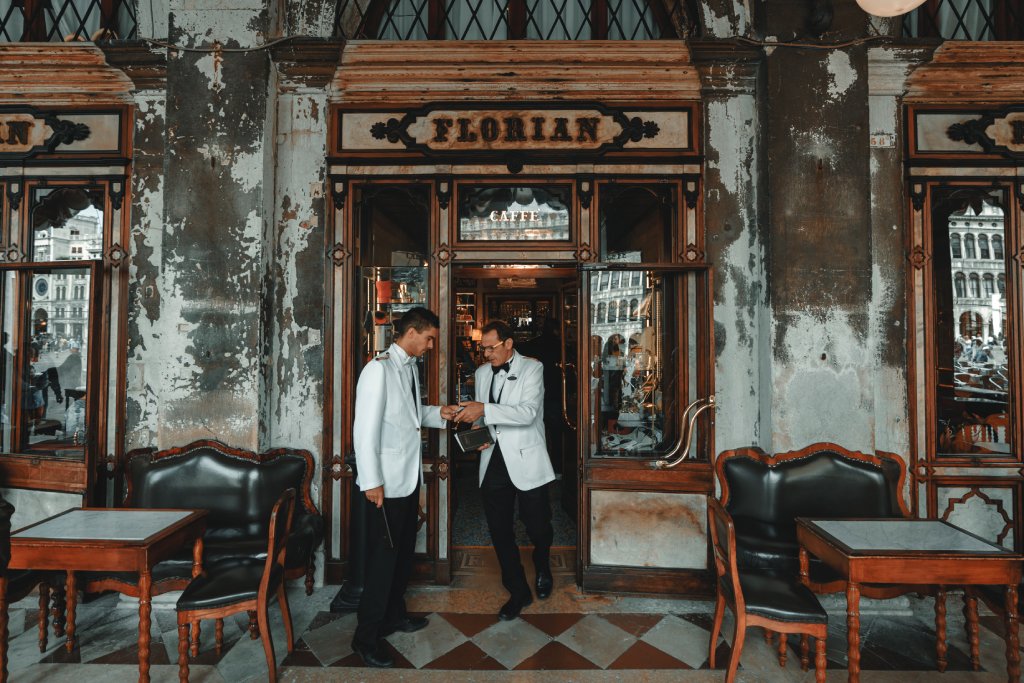 The problem with this historic landmark in Italy is that it gets closed from time to time due to floods that are becoming more and more frequent. This is because the square is the lowest point in an incredibly low city.

You can go to the piazza for free. 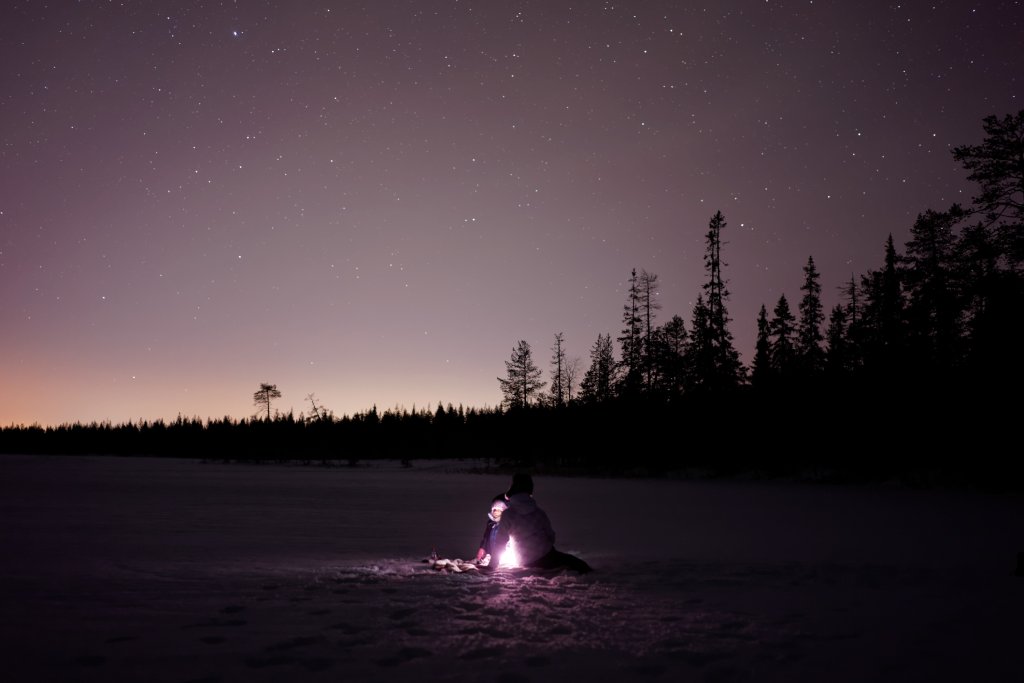 Photo by Vincent Guth on Unsplash

Rovaniemi is known for attracting photographers from all over the world. What are they after, you ask?

They are there trying to capture the Northern Lights. Rovaniemi is located in the northernmost province in Finland and is also home to the Santa Claus Village. In fact the "Visit Rovaniemi" website touts that Rovaniemi is "the Official Hometown of Santa Claus."

This may be because, aside from reindeer rides and the Northern Lights, there is no other reason any practical person would ever want to visit this town.

Sitting right underneath the Arctic Circle, Rovaniemi is cold. The average temperature in January is 7 degrees Fahrenheit. And since the Northern Lights can only be witnessed from August to April, it's no wonder this destination dropped off of the list this year. 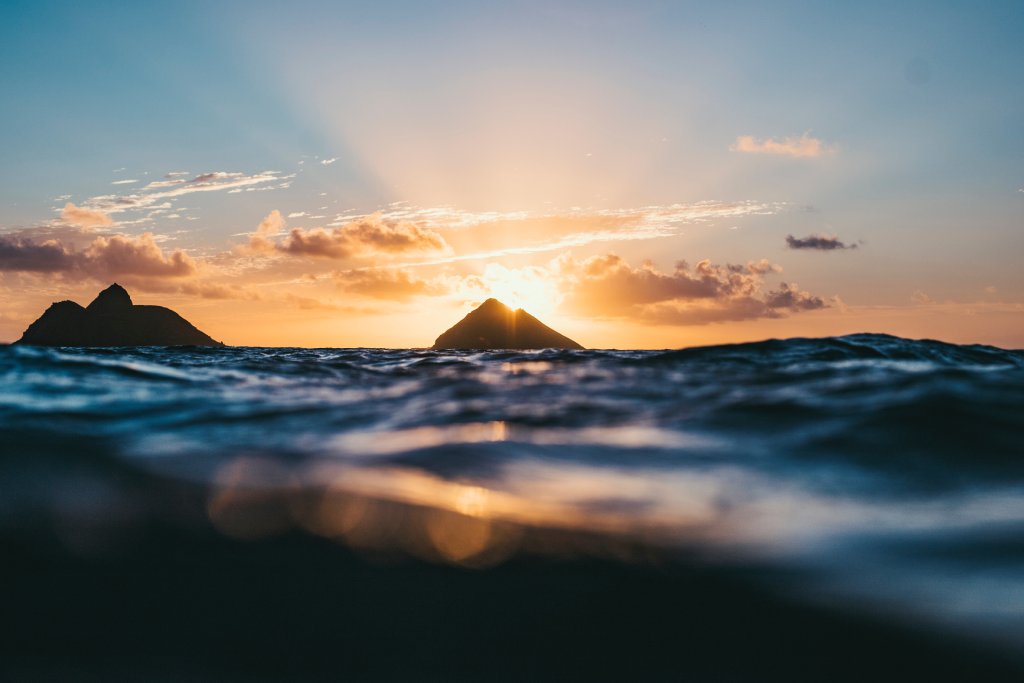 Photo by Ryan Pernofski on Unsplash

Hawaii's most populous island also happens to feature some of the world's most beautiful beaches, highest waterfalls, and most treacherous hikes.

Oahu sees over 5 million visitors every year and is the only state in the union where people of color outnumber white people, which means there is an incredible hodge-podge of ethnic food, like Burmese and Thai, so you can be well-fed while trekking around the island seeking out photography spots in Hawaii.

Beware the high prices on the island, though, especially since AirBnBs were just banned thanks to hotel lobbyists. 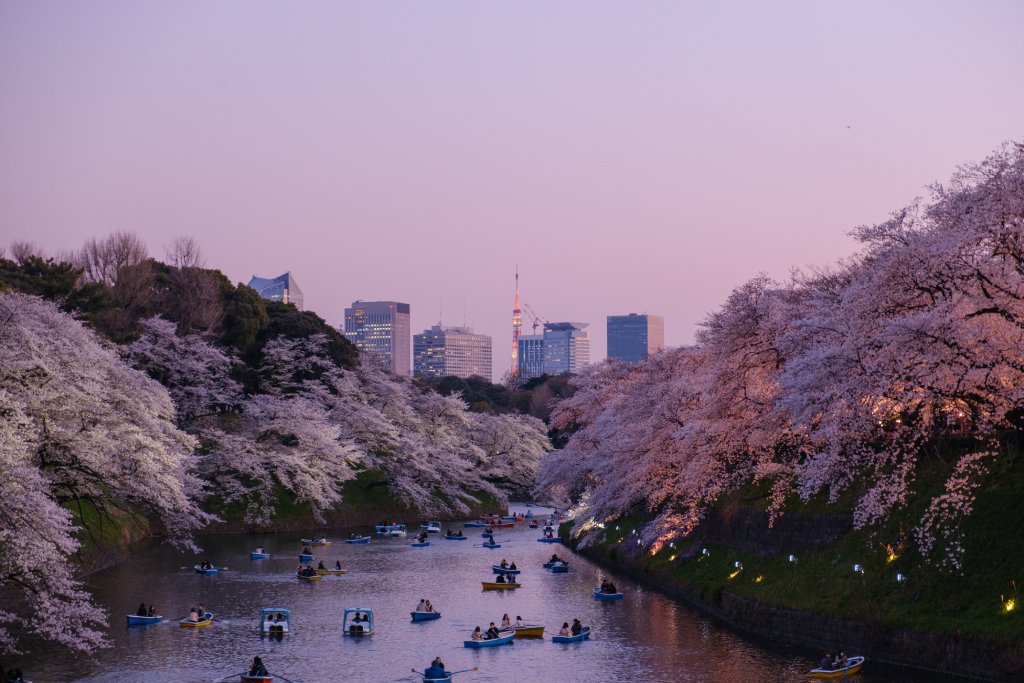 Tokyo may be best known for the Japanese cherry blossom season, which happens every year in early April.

But, Tokyo is also known for ancient temples, incredible raw fish, and technology. The city is actually known for the largest metro economy in the world which rakes in over $1.6 trillion.

The city sees almost 30 million visitors in 2017, up from just over 10 million in 2013. This historic tourism boom isn't slated to slow down in 2020, considering Tokyo is hosting this year's Olympic Games in July.