How To Photography: Creating Motion in a Frozen Moment 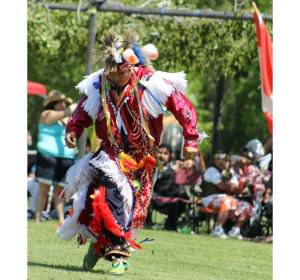 For the great majority of digital photographers (which means you are likely a member of this group), the purpose of a taking a picture is to memorialize a specific moment in time, a moment that will never be duplicated. Critical to recording any moment is producing photos that are clear, sharp and full of detail. What good are pictures of family events, holidays, vacations and fun with your friends if the photos are so blurred that most everyone is unidentifiable?

Thinking in terms of frozen moments in time and then capturing them as “still-life” images becomes the default setting for many photographers. They (which again includes you) have wandered into a photographic cul-de-sac, taking pictures of objects, subjects and the world as if they were cardboard cutouts. In reality, most everything and everyone are constantly in motion; and once you learn how to reveal the movement (or direct the movement) that is occurring when you take a picture, you will experience a creative breakthrough.

Using your camera’s exposure settings to show objects and subjects moving is just the first step, however. Implying motion in your digital photos also strengthens your compositions because motion can also signify a mood. Shooting at a slow shutter speed will give the water tumbling over a falls or among rocks a look of movement. This conveys a sense of calmness, and more interest, for viewers. At the other end of the scale are photos of the city, maybe shot at night, again at slow shutter speed, with car headlights as lines of light and all the fast-paced activity in constant motion.

To capture these kinds of images, you’ll need a tripod and a remote shutter release cable or wireless trigger because you must use a slow shutter speed, so you don’t want the camera to move, or cause it to move.

You can create motion in your photographs with the opposite technique: The subject is in focus (to some degree) and the background or surrounding environment is blurred to suggest motion. This is accomplished with the panning technique. Now, your camera and you, to a certain extent, move with the subject, at the same speed and in the same direction. You also use a slow shutter speed and the amount of blur imparted to the background will depend on which shutter speed. The panning technique may also blur the subject, or parts of him, her or it, but the subject will be sharper than the background, which will make your digital photos more dynamic and three-dimensional.

Subjects of some “traditional” photos are posed and are not meant to move: portraits, wedding photos, fashion, products, landscapes, etc.; however, they can also be creatively rendered by implying motion. For example, a casual portrait of a teen football player in his uniform can become more unique if he stands in the foreground motionless while the action on a practice field or a game behind him is allowed to blur. Newlyweds can be shown in a motionless embrace on the dance floor, while their guests surrounding them whirl and spin.

Another technique to create the effect of motion is to use the burst mode on your camera to take a series of separate images of a segment of continuous motion, much like the separate frames of movie film. This also requires a tripod and a shutter release mechanism. The separate images are then combined into a single photo with photo-editing software.

To select the correct shutter speed (and matching aperture and ISO sensitivity), you must first think about what kind of motion photo you want to shoot and the shooting environment, in terms of the speed of the subject and the distance from the camera to the subject. With this analysis and some experimentation, you’ll discover which shutter speeds on your camera allow you to create motion in a frozen moment.