How To Photography: Sharpen Your Landscape and Nature Photography Skills at Theodore Roosevelt National Park 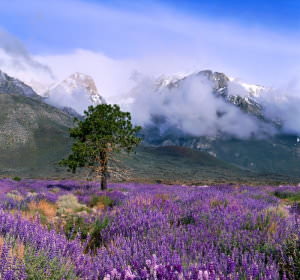 This is one of a series of How to Photography articles from PhotographyTalk about lesser-known US national parks with spectacular scenes and subject matter for your digital photography. Millions of visitors crowd Yellowstone, Yosemite, the Grand Canyon and other famous parks during the summer, but consider traveling to Theodore Roosevelt National Park in western North Dakota, where you can avoid the crowds and capture amazing photos of the Badlands and the wildlife that live there.

Theodore Roosevelt National Park has historical significance, since the President traveled there for a bison-hunting trip during 1883, as a young man. That experience not only prompted him to purchase two cattle ranch operations in the area, but also is where he formed many of his ideas about conservation. He was instrumental in the founding of the U.S. Forest Service and the preservation of many areas for various species of animals. Roosevelt is generally considered the most environmentally conscious President.

TR described the area that would become a park named for him best when he said:

"The Bad Lands grade all the way from those that are almost rolling in character to those that are so fantastically broken in form and so bizarre in color as to seem hardly properly to belong to this earth."

For millions of years, volcanic and other geologic activities have created layers of ash, sandstone, siltstone, and mudstone sediments throughout the Badlands of western North Dakota and eastern Montana. Since then glaciers and the rivers of the area, most recently the Little Missouri, have carved fantastic formations unlike any found elsewhere. These alone will provide you with endless opportunities to capture landscapes that rival any in most popular national parks.

These same geologic processes resulted in a wealth of fossils throughout the area. It is one of the richest places in the world for dinosaur fossils, but it also features many examples of petrified wood that are interesting digital photography subjects. Collecting fossils is strictly prohibited, however.

Eccentric rock formations are just part of the incredible landscape of Teddy Roosevelt National Park. Throughout its more than 70,000 acres, you’ll find forests, flood plains, rivers and streams and, most prominently, great expanses of prairies and grasslands. At first glance, grasslands may appear monotonous, but, in fact, they encompass a rich and constantly changing diversity of plants and animals. Bison, wild horses, elk, mule deer and prairie dogs are just some of the many animals that forage the huge abundance of grasses. The presence of these grazing animals attracts many predators, such as badgers, coyotes, hawks, and eagles. Because visitor numbers are low at Theodore Roosevelt National Park compared to the famous parks, you’ll have more opportunities to find quiet, secluded spots from which to capture great pictures of all this natural life without interruptions from cars, hikers and casual visitors.

Although the Badlands have few forests, the juniper woodlands are important shelters and food sources for elk and many birds, including Townsend's solitaires, cedar waxwings, bohemian waxwings and American robins. Train your camera on white-tailed deer, porcupines and forest-dwelling birds in the park’s hardwood forests of green ash, American elm, box elder and cottonwoods.

Theodore Roosevelt National Park is a great camping and hiking adventure for the family. Not only will you enjoy the rest and relaxation, but also it will put you in the best positions to photograph the landscape during the magic hours of sunrise and sunset, and even into the night.

President Roosevelt’s description of the Badlands after sunset includes a number of inspirational ideas for great photos.

"After nightfall the face of the country seems to alter marvelously, and the clear moonlight only intensifies the change. The river gleams like running quicksilver, and the moonbeams play over the grassy stretches of the plateaus...The Bad Lands seem to be stranger and wilder than ever, the silvery rays turning the country into a kind of grim fairyland."

Consider a digital photography experience this summer that is off the beaten path. Visit any of the lesser known US national parks in this series of PhotographyTalk How To Photography articles, so you can dazzle your friends with images of places they never knew existed.