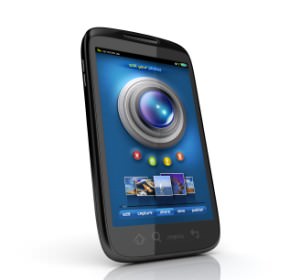 As the great American author Mark Twain said, when an obituary for him was mistakenly published, "The reports of my death are greatly exaggerated." The same can be said for the compact digital camera. Many digital photography industry experts and pundits have predicted that people simply won’t need a separate compact camera; however, until the digital photography technology in smartphones advances significantly, this potential scenario is many years in the future.

Granted, for many people who are exclusively social media mavens, the limited quality images from a smartphone are adequate for Facebook, Twitter, Google+, etc. They are not adequate, however, for those who want to learn digital photography and capture better and more creative images…and here are 10 reasons why.

Digital photography isn’t much fun or fulfilling when you’re unable to zoom a camera’s lens optically. Smartphones utilize “digital zoom,” which is a function borrowed from digital video cameras. Digital zoom works by cropping a portion of the image, and then enlarging it to the required size. Nifty technology, but it adversely affects image quality. With optical zoom, the glass elements inside the lens move to enlarge the view of a distant object without disturbing the size of the image. Optical zoom also provides you with more control of the relationship of the subject to the background or other subjects in the frame.

The lenses in smartphones cameras are not designed with much of a close-up capability, primarily because the manufacturers know this function isn’t a priority with smartphone buyers. Comparatively, Canon’s value-priced PowerShot ELPH 320 HS will focus as close as 1.2 inches (3cm). With the significantly larger sensor found in most compacts, you’ll also be able to isolate a macro object within a shallow depth of field.

A smartphone’s camera doesn’t do a very good job of locking on an object/subject in rapid motion and recording a sharp image. Even when you can capture the subject within the frame, you don’t have to enlarge it much before the subject becomes quite blurred. A clear performance advantage of a compact camera is its shutter release button, which can be pushed partially to pre-focus your shot repeatedly until you capture the desired action.

It is possible to take bursts of images within one second on some smartphones, but, once again, the quality of the images suffers significantly. Combine the 11 frames per second and 10.1MP of the new (July 2012) Panasonic LUMIX DMC-LX7, and you won’t miss much, plus your images will be superior.

Smartphone battery technology is very good, but its primary purpose is to provide as much talk time as possible; digital photography comes second. Load the Nikon Coolpix L25, which only retails for 89.95, with lithium batteries and you can shoot as many as 680 images.

If you decide to rely on a smartphone as your only digital photography device, then it must store not only photos and video, but also apps, music and data. Until the next-generation of storage technology is available, it’s best to store (and download) photos and video from a compact camera and reserve a smartphone for storage needs related to communications.

The filter apps available for most smartphones still don’t compare with those found on the newest compact cameras. Most importantly, you’re able to see how the filter or effect will make your photo look on the LCD display before you shoot it.

Many compact cameras contain essentially an onboard editing system. You can crop, resize, smooth skin, eliminate red eye and add various effects to be far more creative with your camera than just taking pictures. Not only does the new Sony Cyber-shot WX50 have a 16-MP sensor, 5X optical zoom lens and a burst mode of as much as 10 frames per second, but also it includes sweep panorama, underwater sweep panorama and 3D sweep panorama modes. This $199 compact has a long list of picture effects: HDR painting, miniature and pop color, to name just a few.