How To Photography: Know the Common Sensor Sizes Before Buying a Digital Camera 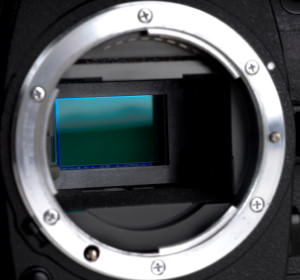 The age of digital photography can be divided into two time periods: when the size of the sensor in the camera mattered and when it became less important, which is where we are today. For years, new digital photographers were told that the primary specification to compare when buying a camera was sensor size. Now that virtually all well-designed and well-made digital cameras, both compacts and DSLRs, have sensors of more than sufficient size for their specific users, sensor size is less important.

Even smartphones, especially the iPhone 4S, have reasonably sized sensor, considering their digital photography capability is only one feature that convinces consumers to buy these phones. The iPhone 4S has an 8-megapixel, backside-illuminated CMOS sensor, which is a huge jump from the iPhone 4's 5-megapixel sensor.

Before buying your first digital camera (or even a replacement if you’ve had one for some time), you should be aware of the four common types of sensors found on digital cameras. With this knowledge, you’ll be able to choose the right camera, and sensor, for the kind of digital photography that inspires you.

Because a primary benefit of cellphones and point-and-shoot cameras is their small size, their sensors are equally small. In general, the smaller the sensor, the less light it can gather, which translates into lower quality photos.

When a small sensor has difficulty registering details in low light, the camera's (or phone's) image processor will try to improve the image. The processor will do its best to manipulate the shadows and highlights to give your photos more balanced contrast. To achieve this, however, may cause images to become grainer when shadows are brightened. The image processor will then try to lessen the grainy effect or digital noise, but that causes photos to lose some of their sharpness.

As sensor technology continues to advance, many experts foresee a day when smartphones will rival the budget-priced point-and-shoot cameras, in terms of digital photography capabilities. That’s not the case, yet, however. Canon and Nikon’s lowest-priced point-and-shoots (less than $100) have 10-MP sensors and Sony’s comparable models are built with 14-MP sensors.

Regardless of what the future may hold, it is still important to match sensors on point-and-shoot cameras with the kind of digital photography you like to shoot. For example, the budget-priced Canon point-and-shoots (as well as its higher-end compacts) have a sensor range of approximately 10 to 16 megapixels. Casual users photographing family events and fun with friends will receive all the quality they need at 10 megapixels, while those digital photographers who want more control and to use their cameras creatively will prefer the higher end of the sensor size scale.

Also known as Micro-Four/Thirds, these cameras are “miniaturized” DSLRs, giving beginner photographers the DSLR experience, but in a more compact and lightweight package. The concept behind these cameras is to design them with their own set of lenses that are interchangeable just like a DSLR. The Micro-Four/Thirds from Canon, Nikon and Sony combine the better optics of the interchangeable lens and larger sensors, ranging from 13-MP to 18MP.

APS-C sensors are typically found in entry-level or mid-range DSLR cameras as well as Sony’s NEX line, which are technically considered Micro/Four-Thirds. For example, the new (July 2012) Canon EOS Rebel T4i has an 18-MP sensor; the Nikon D3200 DSLR, 24MP; and Sony’s Alpha 65, 24MP. If you’re a serious hobbyist, enthusiast or even semi-pro, these sensor sizes will deliver high quality images that are sharp, color rich and full of detail. Remember, APS-C sensors are built with a crop factor. This means the image captured is cropped from the standard 35mm format. The lens’ view is magnified to a size larger than the lens you are using. For example, the image from a 28mm lens will be cropped to appear like an image shot with a 45mm lens. You must take this into account when choosing a camera with an APS-C sensor and whatever lenses you will be using with it.

Full-frame sensors are so named because they duplicate the view of a traditional 35mm film frame, eliminating the crop factor of APS-C sensors. Using the lens comparison above, this means an image shot with a 28mm lens will match the field of view you would expect with that lens. In most cases, full-frame DSLRS with full-frame sensors are designed and built for professional photographers. Only they need the superior sharpness and clarity of the photos these camera/sensor combinations produce.

The new Canon EOS 5D Mark III DSLR has a 24.3-MP sensor, while the Nikon D800 has a 36-MP sensor. Some of the newer full-frame DSLRs also come with “smaller” sensors, such as the Canon EOS-1D X at 18.1MP, although it costs almost twice as much as the 5D Mark III. The reason is that different professional photographers have different sensor needs. A portrait, fashion, interior architecture and product pro require the absolute sharpness of 36MP, while a sports or nature photographer will capture excellent images at “only” 18MP. Of course, professionals choose a camera for many more reasons than just the size of the sensor. Many of those pro specs often have no bearing on the camera choices of beginners, casual digital photographers and hobbyists and enthusiasts.

Learn the digital photography techniques that will help you take the best pictures possible with whatever camera and sensor size you choose, when you click here.