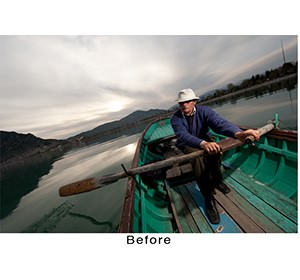 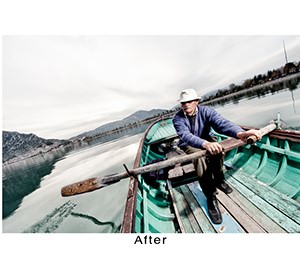 The High Key filter in Color Efex Pro 4 lets you simulate the look of a high key image, while giving you maximum control over the tones, contrast, and saturation of the image. It can also enhance images that were created in the same (high key) style.

A closer look at the filter controls will give you a better idea of how to achieve a great high key image.

The Glow sliders allows you to control the degree of glow added around objects in the image and is set to 66% by default. This slider control works in conjunction with the Standard High Key slider.

The Standard High Key slider adds a high key effect throughout the entire image, acting in a uniform manner. The default value is set to 16%, adding a slight high key effect.

Dynamic High Key is a unique control, adding a high key effect to the image based on color and tonality. It lightens darker areas of the image more than light areas. It is set at 42% by default. The highlights tend to stay relatively the same, while shadow values appear to brighten.

The saturation slider controls the vibrancy of the colors within the image. The default value is 28%.

Blacks enables you to emphasize the darkest areas in the image. Essentially it helps ensure that black tones are present within the image, contributing to the overall effect. It starts at 0%.

Contrast controls the overall contrast within the image. By default it is set at 86%.

Using a color chart, with a range of R G B C M Y colors, we can take a more comprehensive look at the way Glow, Standard High Key, and Dynamic High key can affect your image. (All other filter controls were zeroed out so that they had no effect on the sample.)

We begin with a base color chart.

After opening the chart in the High Key filter, we adjust Standard High Key to 100% to exaggerate the effect. You can see how it uniformly affects the whole image.

We then increase the Glow to 100%. You can easily see the softening and slight blur that this control adds to the image.

Conversely, if we apply only Dynamic High Key to the image, you will notice that the highlights and lighter values stay the same when compared to the Original image. Only the darker values have lightened.

Tip: It is noted that high key images tend to convey a bright and up-lifting mood. Try this filter on an expressive portrait for a great effect!