How To Photography: Learning a New Set of Skills to Shoot Better Video with your DSLR Camera 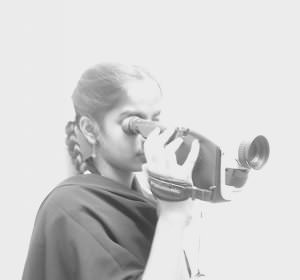 Compact and DSLR cameras have included HD video recording capabilities for many years. Casual photographers have reveled in the opportunity to shoot video as well as stills from one camera, although, for many years, professionals and serious amateur photographers have disregarded the function as being non-essential to their work. Their point-of-view quickly changed, as 2011 and 2012 saw a significant increase in the number of professionals who were becoming multi-media creators. A number of major motion pictures have now been shot with popular pro-level DSLRs, and many more are planned. The manufacturers haven’t been remiss in noticing these trends, so the video-recording systems on their newest DSLRs have been expanded and improved.

This has created a wonderful opportunity for new DSLR photographers and experienced hobbyists and enthusiasts to add videography to their repertoire of skills and output. Video recording, however, is not exactly the same as shooting stills, but the following list of tips will help you explore the world of video and improve your results.

1.    Manual is the still the best focus mode when recording video. Although the auto-focus (AF) function in newer (and more costly) DSLRs is improving, manual focusing is a skill you need to learn, currently.

2.    Using manual focus also makes it important to be able turn the focus ring on the lens without looking at it. Video simply requires too much attention to be fumbling with focus or turning the ring in the wrong direction.

3.    You can’t expect quality video footage unless you use a tripod and a ball head or gimbal manufactured specifically for video. One of the biggest mistakes of novice videographers is to pan the camera too quickly, which results in wild movements that make your video virtually unwatchable.

4.    As you pan with a tripod, your camera will have to read changes in the light and adjust its exposure values (ISO, aperture and shutter speed), accordingly. The auto exposure mode is unlikely to compensate quickly enough, so you should also learn how to choose exposure values manually.

5.    For most video shooting situations, 1/50th of a second is the preferred shutter speed.

6.    Most manuals and experts recommend ISO 100 for still photography; however, for video, select an ISO setting of 200.

7.    The principles of depth of field apply equally to still and video, which means the depth becomes shallower as you use a wider aperture, or the smallest f/stop number. For the beginner, this usually results in poorly focused video. For most of the video you’ll shoot, you’ll want more depth of field, so avoid using those wide apertures. A good compromise is f/5.6.

8.    The video feature on your DSLR has its own set of specifications, so here is another opportunity to bury your head in your camera’s manual. An important spec is the number of frames per second; and 24 fps is the recommended setting, if possible.

9.    White balance is another auto function on your camera that you don’t want use during video recording. If you’ve avoided learning about white balance and how to set it on your camera, then schedule some more study time with your manual. It’s best to select one white balance setting for an entire video session.

10.    In many cases, HD video recording requires at least as much, if not more, post-production, so, to make that process easier, select your camera’s neutral image setting.

11.    Another skill specific to video is anticipating the movement of a subject, so you can focus on the place where the movement ends.

13.    Taking still photos in the vertical, or portrait, orientation is a creative tool, but not for video. TV and computer screens are horizontal.

14.    You can’t be a cheapskate when shooting HD video, so be prepared to spend the money for a high quality, high performance memory card. The inexpensive cards tend to slow the process because their buffers can overload.

15.    With the release of new DSLRs during 2012, more of them include stereo sound recording capabilities, but the microphones are still located on the camera. You can be more creative with video if you purchase an external mic, such as a shotgun type, so it can be held farther from the camera.

16.    Learning to shoot HD video with artificial lighting equipment is much more involved than still photography, simply because you must light the entire area in which your subject will be moving. It’s much better to use natural light and plan your video sessions where natural light is abundant.

17.    Acquire a N.3 or N.9 neutral density filter and make sure your filters are from the same manufacturer.