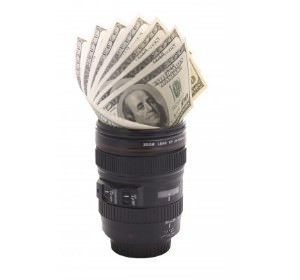 As a professional digital photographer, you must invest a certain amount of money to market your business and services to the public. To use your marketing budget effectively and efficiently, and generate a reasonable return on investment, you must also understand the media, marketing and demographic landscape, which is always changing. This PhotographyTalk article highlights a few of the trends that you should take into account as you develop, implement and manage your marketing program.

According to Nielsen’s 2011 State of the Media: Consumer Usage Report, more than 50% of men and women were checking email or surfing the Web for unrelated information on their tablets while they were simultaneously watching TV.

In addition, the age groups that predominately read newspapers are not the prime target audience of most professional photographers. According to the Newspaper Association of America, only 30% of adults, 18–34, read a daily paper. The percentage for adults, 35 or older, is 49%, and for adults older than 55, 57%.

Racial and ethnic diversity is much more evident among children and young adults, although it was less so with their parents. You should take special note of this trend if you’re a wedding photographer, as it may be beneficial to be familiar with a broader range of wedding ceremonies and celebrations that are based on various cultural or ethnic traditions.

As a professional photographer, you probably don’t spend much money on marketing/advertising compared to many businesses in your community, but knowing the trends in media, marketing and demographics should help you use your limited budget wisely and squeeze every bit of ROI from it.