7 Fresh Sprouts from Snapseed 1.4 That Make It Easy for Every Digital Photographer to Edit Images on the new iPad 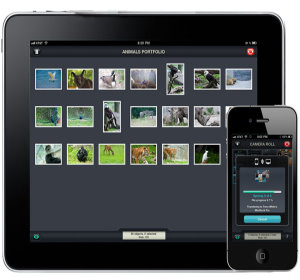 The very skillful people at Nik Software, maker of HDR Efex Pro, Color Efex Pro 4 and Silver Efex Pro 2, created Snapseed as a mobile photo editing and sharing app with versions for iOS on the iPhone and iPad, Mac OS Desktop, Android and Windows Desktop. Of the thousands of iOS apps available from Apple’s App Store, including its own iPhoto, Apple selected Snapseed as the iPad app of the year for 2011. Then, during April 2012, Nik Software received the Technical Image Press Association (TIPA) Award for Snapseed in the Best Mobile Photo App category.

With all this recognition, Nik Software couldn’t sit on its laurels, so it launched Snapseed 1.4 during April 2012. Snapseed was already an easy-to-use mobile tool, but the latest version has sprouted 7 fresh improvements that allow digital photographers of any skill level to edit and transform their images like the pros, and easily share them. These upgrades make Snapseed 1.4 the must-have app of this type if you’re a digital photographer who relies heavily on the new iPad for serious, or even casual, editing.

With these 7 upgrades, Nik Software has made what was already an amazing photo-editing app much better. The “standard” capabilities include a vast array of filters, including Grunge, Drama and Vintage. Snapseed still includes the company’s U Point technology that allows you to selectively adjust any portion of an image with a few taps and swipes of a finger. The app also contains a long list of other photo adjustments, such as Auto Correct, Tune Image, Rotate/Straighten, Crop and Details.

There is little doubt the Snapseed 1.4 is the only photo-editing app for every digital photographer, and at just $4.99 from the Apple iTunes store, you have no excuse for downloading and trying it, immediately.