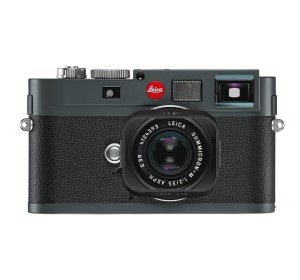 Photography, and then digital photography, became widely popular throughout the world because of the dedicated research and development of a few individuals and companies, but one of the most significant is known today, as Leica Camera AG. Part 1 of this PhotographyTalk.com article presents the early years of this company. Part 2 continues the story from the end of World War II, which was just as disruptive to the corporate goals of Leica as it was to Japanese and American camera entrepreneurs, such as Nikon, Canon, Olympus and Kodak.

From the rubble of the war, Ernest Leitz II re-built the company, and by 1951 the one-millionth Leica lens was manufactured and the one-millionth camera during 1961. Within this period of rapid, post-war growth, the company also introduced a camera model that would make Leica an even more celebrated brand around the world. This was the Leica M3 during 1954, with its bayonet mount and high-magnification rangefinder. When Leitz died during 1956, he three sons became the owners of the business. The family retained control of what was now Ernst Leitz Wetzlar GmbH until 1986.

A Vision for Binoculars

Ernst Leitz II, who was most responsible for propelling Leica into its leadership position during the 20th century, was also an avid hunter. He understood what was needed to create and manufacture a high quality set of binoculars, so they became another of the legendary Leica brands. The company invented the first rangefinder binoculars, spotting scopes with an angled eyepiece and the use of ridge prisms. Leica retains its pre-eminence more than 100 years later, since only its binoculars include an integral rangefinder and selectable magnification.

1907: The first Leica binocular product, the Binocle 6x18, is developed.

1963: Leica Trinovid binoculars, with a central focusing control and a true internal-focus system.

During 1986, a Swiss entrepreneur bought large portions of Ernst Leitz Wetzlar GmbH stock and reorganized the company because the Leitz family was facing financial collapse. Numerous corporate entities were created during this period and various mergers and partnerships occurred, which has led to the current structure of the original Leica holdings. Leica Camera AG manufactures and markets camera products. Leica Geosystems produces geosurvey equipment that also requires exceptional optics. Leica Microsystems AG is the descendant of the original microscope business.

Even with new ownership and corporate restructuring, Leica Camera AG continued to work on the leading edge of camera technology.

1966: The Leica Noctilux is the first 35mm camera with an aspherical element.

1968: The Leicaflex SL is the first camera in the world with selective-area metering.

1971: The Leica M5 is the first rangefinder camera in the world with selective light measurement through the taking lens.

1976: The Leica R3 is the first electronic Leica with selective/integral light measurement.

1984: The legendary Leica M6 with selective light measurement and LED display in the finder is launched.