It Could Happen to You: Bride Drowns During Wedding Photo Shoot 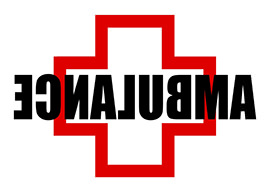 Typically, a wedding would seem to be a safe event, although some accidents can occur. If you’re a wedding photographer, however, you may not be expecting the bride to drown during a “dress-trashing” photo session. If that happened to you, would you be prepared for the family’s possible lawsuit and claim against your insurance? It’s safe to say that virtually no wedding photographer would have considered such a contingency.

That is what happened to Luis Pagakis, a Canadian wedding photographer, who was photographing 30-year-old Maria Pantazopoulos in the Ouareau River in Quebec, north of Montreal, during the summer of 2012. The bride had been married during June and wanted to trash her dress while floating in the river. Pagakis and her met at the location, where the first pictures he took was her sitting on rocks along the shore with just part of her gown in the water.

Ms. Pantazopoulos wanted to take this popular stunt one step farther, however, and actually walk into the river. Unfortunately, neither she nor the photographer was aware how quickly a wedding gown absorbs water and how much more it would weigh. In this case, police investigators estimated her gown probably weighed more than 100 lbs. soaking wet. She might as well have had a lead weight attached to her ankle because as she struggled, she was dragged further into the river. The photographer did his best to save her, but the rapidly moving waters began to drag him under too. Despite his best efforts, Ms. Pantazopoulos was swept down river into the nearby Dorwin Falls, where her body was found four hours later.

Family members were in the general vicinity of the photo shoot, but not present at the specific location. News reports didn’t state whether the photographer had photographed other brides trashing their dresses in water, but undoubtedly neither of them were aware of how dangerous the stunt could be, especially in a natural body of fast-moving water.

The original, or subsequent, news stories have not revealed whether the family has held the photographer responsible for the incident; but, even if the family hasn’t, there are two important lessons for all wedding photographers.

First, photographers should discuss the safety issues involved with “dress-trashing” photos before a bride requests it or the bride and groom spontaneously decide to jump into a swimming pool or the ocean at a wedding destination in the Caribbean, for example. As a wedding photographer, confer with your attorney about adding a clause to your contract that states you have clearly cautioned the couple against such photos and that you will not be held responsible for the outcome.

Even then, there is nothing stopping the widowed groom or the bride’s family from instigating a lawsuit against you. It may not be upheld in court, but you won’t know until the suit goes before a judge or jury.

The second lesson is to consider adding an umbrella policy to your standard business liability insurance coverage. In the case of the bride drowning in Canada, the family’s lawsuit could ask for an amount of money, possibly in the millions of dollars that exceeds the limits of a standard liability policy. An umbrella policy would provide additional insurance to cover such a large claim. Typically, an umbrella policy is beneficial in three ways:

Without an umbrella policy, you might find you could only pay a part of the judgment against you to the limit of your primary liability policy, with your business, home, possessions and future income subject to seizure by the courts to pay the remainder. The good news is that the premium on an umbrella policy is very affordable.

As a wedding or any type of professional photographer, you must be sure you are fully protected because you never know what “Could Happen to You,” even shooting an event as seemingly innocent as a wedding.

Talk with a company specializing in all forms of insurance for commercial photographers, semi-pros or full-time pros. PhotographyTalk recommends Package Choice, which you can contact for a free quote at http://www.packagechoice.com/index.jsp#htwms.