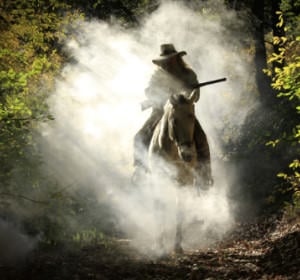 In this Slanted Lens lighting tutorial we take a look at using smoke as a creative tool. I'm going to concentrate on using smoke to create a silhouette and to show sun-rays.
When I shoot I often have a smoke machine on hand. When I shoot on location I always have one. Smoke gets me out of trouble if I have a background that needs to be covered up because it is too busy, boring or the wrong time period. It helps me to separate a person from a dark night sky or dark building. Smoke adds atmosphere and texture to the image which brings it to life. This atmosphere and texture add production value to the image for a very reasonable price. Smoke is cheap so use it often and recklessly.
The one problem you will encounter is getting the smoke where you want it in the shot. It is too hard to hide the machine in the shot and direct the smoke exactly where you want it unless you have some sort of ducting system. In this video we show you how to create a cheap ducting system that allows you to have the machine out of the image and duct the smoke right where you need it. Enough chit chat, let's have some fun with smoke.
Keep those cameras rolling and keep on click-in!

PS. I say that we used a Beauty Dish with Grid but it has no grid. FYI 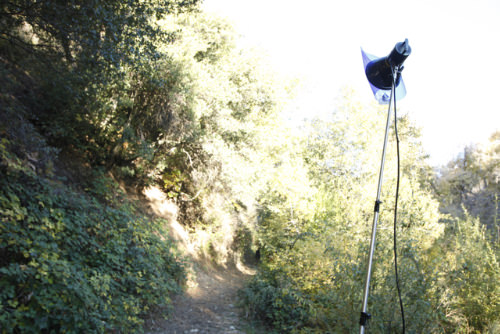 #2
Our first light is a 2400 watt seconds head down the trail to backlight the smoke. This light worked until the sun became stronger and then it got shut off. 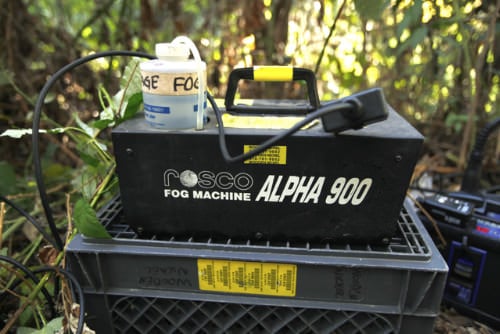 #3
We placed the smoke machine down the trail to create a wall of smoke to simplify the BG and create a silhouette of our man on horse as he rode up the trail. Let's talk about the smoke machine we were using. We used a Rosco fog machine, the alpha 900. It heats a Glycol and water mixture to the correct temperature at which time it turns into smoke. 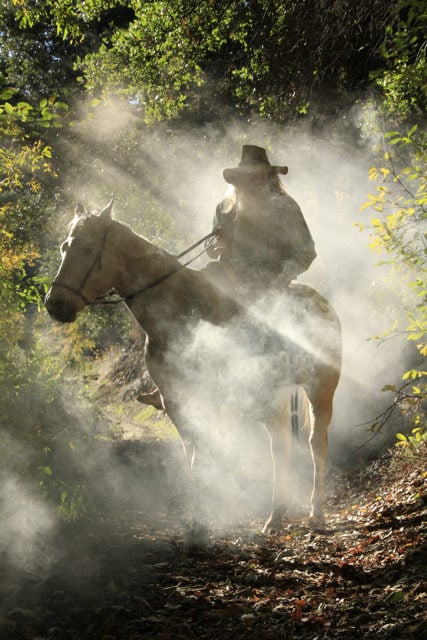 #4
Here are some of the shots with just the backlight and wall of smoke. 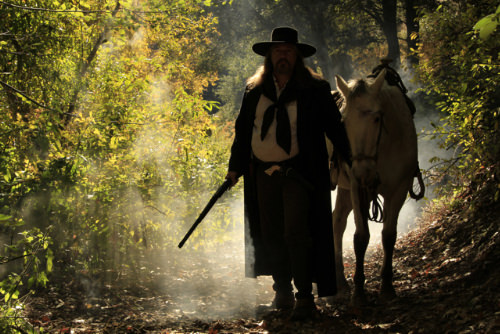 #5
The smoke is much thinner here but is still lit only with the background light. 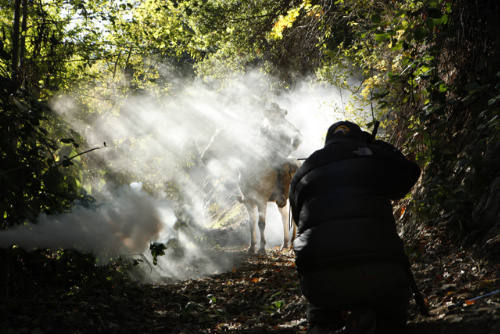 #6
I'm just down the trail from the smoke. 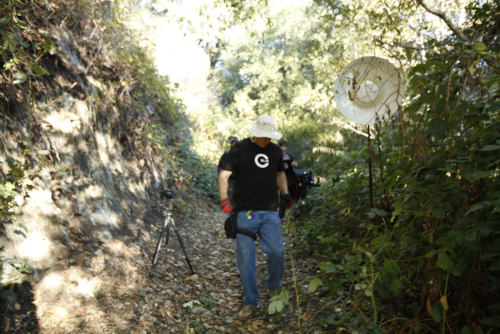 #7
Here we added a beauty dish up the trail to work on the rider's face. 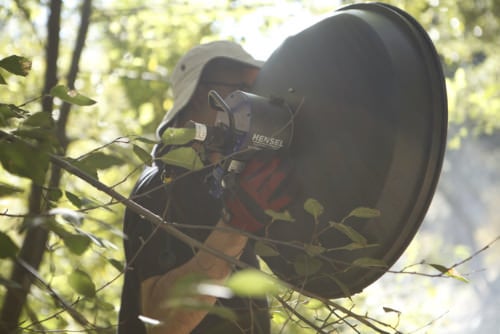 #8
The dish on his face moved us beyond the silhouette and created the look of a little sunlight on his face. 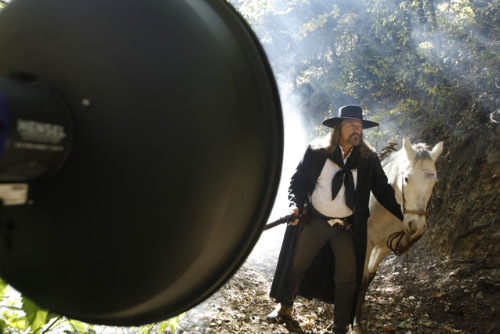 #9
My assistant hand held the beauty dish and followed the rider as he came through the smoke. 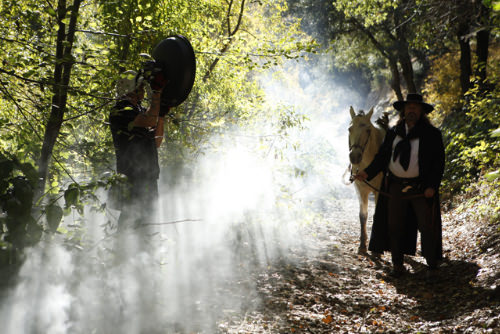 #10
It gave me the option to allow the rider to move around and still keep the light on his face. Not an easy thing to do but Rick is good at it. 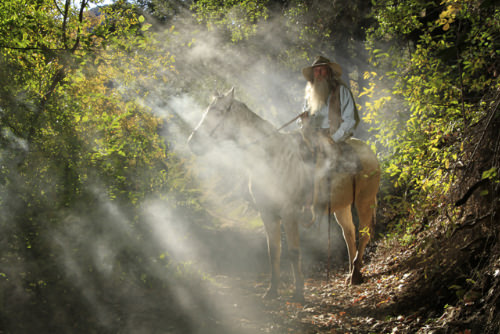 #11
Here are some of the images with the two lights. 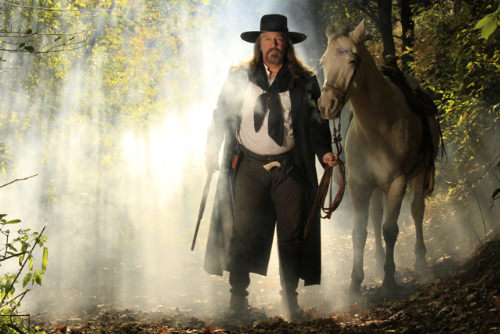 #13
His face is more open now and we are seeing some great sun rays in the background from the sunlight. The background strobe was turned off at this point because the sunlight was doing its job. 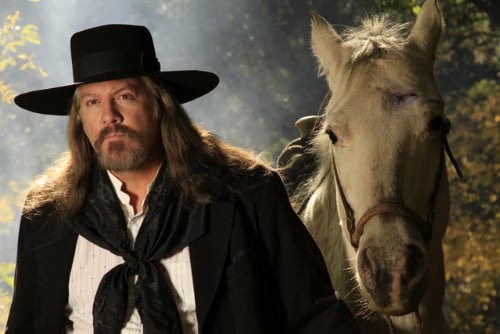 #14
The sun was in a backlight position and was perfect to create sun-rays as it came through the trees. You cannot see light unless something is reflected in it like fog, atmoshere, dust or smoke. Sun rays are around us all the time but if there is nothing in the air then we don’t see them. 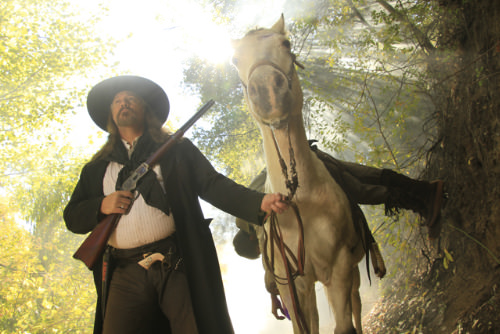 #15
Our smoke became the substance in the air to show the sun breaking through the trees. 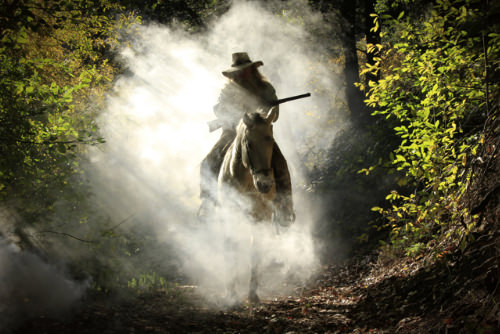 #16
I took this image into Nik Software Color Efex Pro 4 and manipulated it. 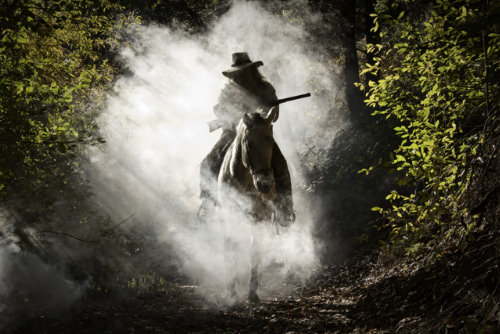 #17
I used a slight vignette to darken the trees on the sides and then removed some of the color with the Bleach Bypass filter . This gave the image a more vintage look. I’m very please with the image.
Keep those cameras rolling and keep on click-en.
Jay P. Morgan
Web address   http://www.jaypmorgan.com/
Blog address  http://jaypmorgan.tumblr.com/
YouTube Channel  www.youtube.com/user/TheSlantedLens
Recommended Reading: