One-Third of All SanDisk Memory Cards are Fakes: How to Identify Counterfeit Memory Cards 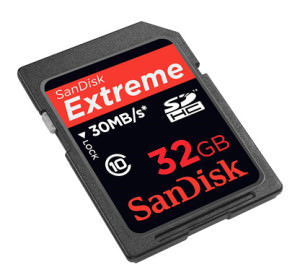 From ancient times to our digital world, “caveat emptor,” or buyer beware, has been an important warning for every consumer. For photographers, this is particularly true when it comes to buying memory cards. According to information shared on the Web, a SanDisk engineer stated that approximately one-third of all of the company’s memory cards are counterfeit.

The two photos above show SanDisk memory cards that look exactly the same; however, the one on the right is an “official” SanDisk card and has an actual capacity of 8GB, while the one on the left is a fake and will hold far fewer images.

Although most of us wouldn’t be surprised that the world is full of counterfeit products of all kinds, it’s the amount of them and how easily they find their way to otherwise reputable dealers and Websites that is rather astounding. As is usually the case, knowledge is the best way to protect yourself and to know you are buying the real thing. Your learning curve starts with understanding that each memory card is tested for a specific capacity as it comes off the assembly line at SanDisk and any of the well-known, credible manufacturers. It’s not unusual for a 64GB memory card, for example, to fail to match that capacity during the test, but does pass the test for a 32GB card. The manufacturer simply labels that card as one with 32 gigabytes of capacity, even though it was originally manufactured as a 64GB card. Nothing wrong with that, in fact, photographers should be happy that manufacturers are following “truth-in-advertising” protocols.

The process that causes the marketplace to be flooded with counterfeit cards starts with less-than-reputable resellers who acquire low-capacity memory cards, such as 4GB, for very little money. They then reprogram these cards with a much higher capacity, which your camera recognizes as such. If you don’t try to store more than 4GB of pictures, then you aren’t aware of the deception; however, as soon as you exceed the real capacity of the counterfeit card, data is corrupted, read/write errors occur and you start to lose photos.

Because the counterfeiters utilize this scam and others, you can’t blame the reputable sellers on the Web from which you’ve purchased many other products without experiencing any problems. They can’t recognize the fakes any better than you can; and, of course, you can’t expect Web businesses and local stores to test every memory card they buy.

Steps you can take to identify a Counterfeit Memory Card

The memory card manufacturers are well aware of this problem and realize it has a negative effect on their brand and reputation. Many of them have a checking system on their Websites where you can enter the serial number of a card, the bar code off the packaging and other information to determine if the card is real. Of course, you must have purchased the card to verify it with such a system, but if you discover that it is a counterfeit, then you may be able to return it for a full refund.

Counterfeiters also spend much time trying to duplicate the legitimate packaging of fake memory cards to fool consumers; however, if you take the time to look at the packaging closely, then you may notice that it doesn’t appear to be genuine. If you don’t think it is the original package or it isn’t sealed properly, then don’t buy it.

In an effort to move as many fake cards as possible and quickly, the counterfeiters may forget to give the card a serial number, or it may look suspect.

The following test is virtually foolproof in terms of determining if a memory card is a fake, but, of course, you must have purchased the card first. Begin by formatting the card completely. Don’t use the quick, default formatting. A formatting failure reveals that the card is legitimate, but defective, which means you can easily request a replacement, or it’s a counterfeit. You can also perform a write/read test by downloading and using H2testw 1.4. No other test does a better job of detecting fake cards. You’ll need a card reader connected to your computer, but the software will do an absolutely thorough test. Errors are sure signs that you’ve been peddled a counterfeit.

It’s easy to think of your camera and lens as your most important photography gear, but memory cards may be even more important. They are easily overlooked, however, because they are inside your camera. Without a genuine memory card and one that is working correctly, then all or many of the great photographs you’ve taken could be lost before you can even bring the home to share with everyone.

Check out: THE 19 MOST EXPENSIVE PHOTOGRAPHS EVER SOLD  and Memory Card Buying Guide