Octodomes Ping Pong and Fire at the Beach: A Lighting Tutorial 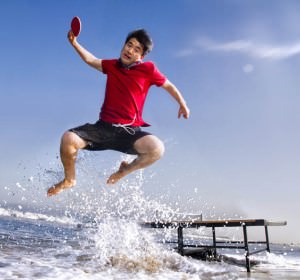 #1
By Jay P. Morgan
We had the opportunity to shoot promotional materials of Cui Baoqun, a national Chinese champion ping-pong player, for a television sow called King Pong. He is incredible to watch play and a very nice guy. We shot at a Malibu beach location and applied, to this shoot, some of the information that we learned about Octodomes in our last lesson. We needed both Video for the promo reel and some stills for the advertising pieces. The one thing you can be certain about on location is wind, and wind we got! It was terrible at first, and we could not even use the Glidecam. Fortunately, with time, it subsided, and we were ok. I'm glad we had Dynalite packs because they were light and easy to move around. At one point, the tide came in so fast that we almost lost the table and the power packs. It was an interesting day.  We shot with wind, water, and sand, and we threw in a little fire at the end of the day. It was the last shot and seemed the appropriate thing to do—light the table on fire. It was a great day. 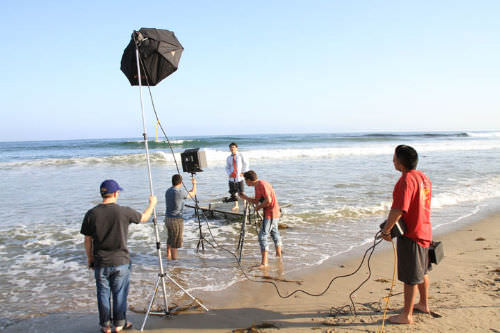 #2
Here you see a pull back shot of our set up. We are running both hot lights and strobes so we can shoot video and stills. 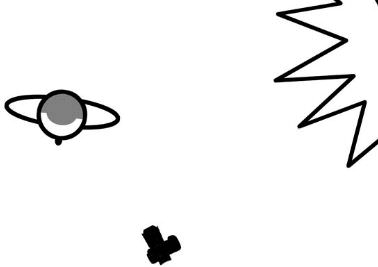 #3
I wanted to be looking out at the ocean with the Ping Pong table and player in the foreground. This only gives us two options. Shoot looking North east and use the sun as a key light. I donʼt care much for this option and the background is not that great. I usually want the sun behind the talent so I can control how their faces are lite. I choose to shoot south west and use the sun as a rim light. 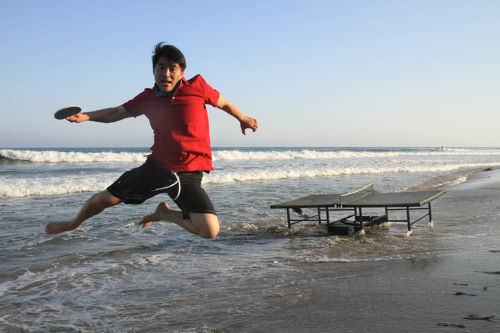 #4
Here is our first image. You can see that we have a nice rim created by the sun but need light on his face. I wanted plenty of depth of field and a quick shutter speed to stop the action. With this in mind I choose to shoot at f14 at 250 of a second. My ISo was 320.

#5
Here is our image with our strobe light. I'm using a “Dynalite strobe and the small Octodome. I choose the small octodome because it gives me a hard light and feels more like sun light. 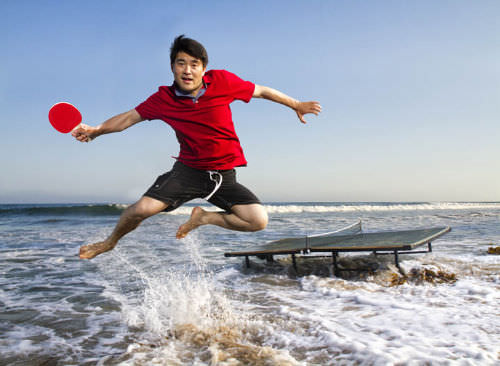 #6
Here is one of the fianl images. I dialed the Dynalite strobe pack down one stop. This gives me a very fast flash duration which is stopping the action of our talent as he jumps. 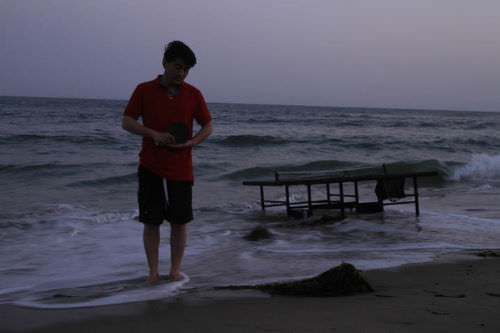 #7
At the end of the shoot the light was almost gone when we started to shoot he table on fire. The real reason we shot the table on fire is that we were concerned that we may get kicked out so it seemed prudent to do it last. The table does not always look very good after we have burned it so I guess there were two reasons to do it last.  This is our Ambient Light. 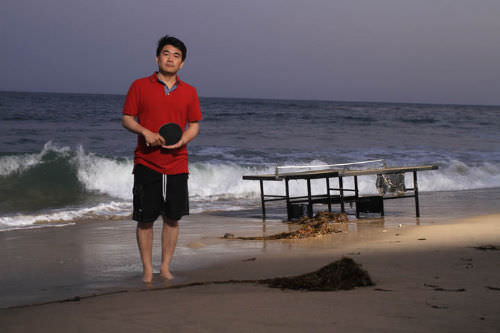 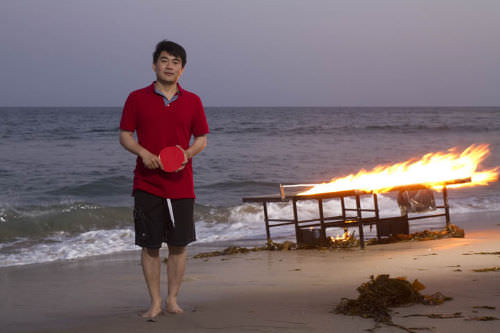 #9
We poor a liquid on the table called Bestine. It has several properties that make it perfect for this type of fire. One it does not flash when you light it. It does light up quickly but is not as volatile as gas or other liquids. It also does't burn to hot or long so as to catch the table on fire. 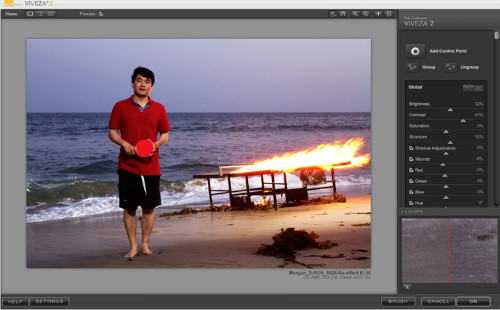 #10
In Nik Viveza I took the image and made some adjustments to it. I brightened it slightly added contrast and structure and pulled some warmth and red form the image over all. I then added a control point to his face and lightened it. I added another control point to the fire area and added warmth. 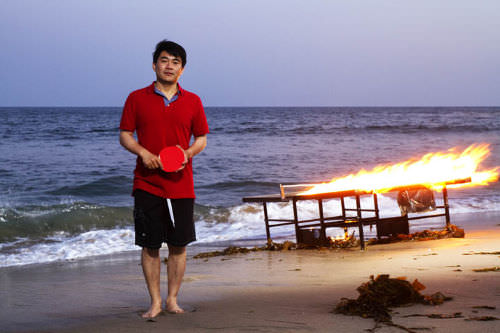 #11
Here is the adjusted image. 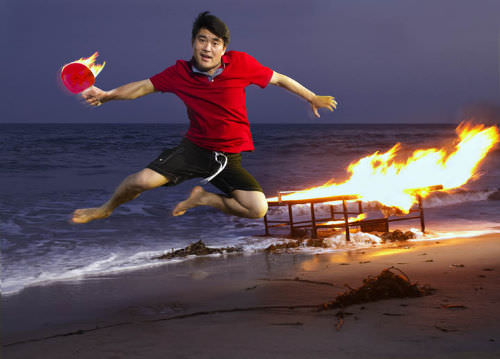 #12
We had a great shoot and the Video and the stills look great. This has been the applied science of octodomes and I hope you have learned as much as I have. Keep thohse cameras rolling and keep on click'n.