When to obey and disobey the Rule of Thirds 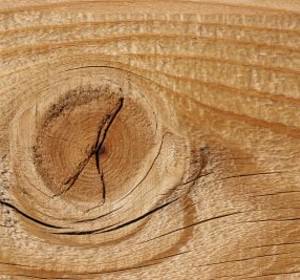 The Rule of Thirds is a guide for composing a photo to make it more interesting composition wise. If you imagine a tic-tac-toe pattern placed over your image, the RoT states that there should be “an important compositional element” at the points where the lines intersect and/or along the lines. Though this rule can be very useful, it is not set in stone. There are times to obey and disobey.

It is rare that you will find a photo where the horizon is in the very center of the image. Photos with horizons tend to look much more appealing if the sky is taking up either one-third or two-thirds of the image, which would put it on one of the lines of the RoT. This goes for both landscape and portrait shots.

People or things in motion

Perhaps you have heard of negative space before. It is the space in an image in which there is nothing, and it is often used to balance out the busier parts of an image. For example, if you find a beautiful tree alone in the middle of a field, you might try using the negative space around it to balance out the image instead of placing the tree in the center of the frame. To do this you might place the tree along the left or right side of the frame and leave the other side empty. Or step back and place the tree in the bottom-left or bottom-right corner of the image (where the imaginary lines intersect) and place the horizon along the bottom horizontal line, permitting it's possible with your scene.

If you are trying to create a symmetrical image with colors or buildings or patterns, splitting the image right down the center of the photo can create a very engaging effect.

This actually falls under both categories. If your subject is very close and you're doing a head shot, you'll most likely want the person to be in the center of the frame. Placing the person to one side or the other would seem a bit odd. However, since a person's eyes are the first thing we look at, it works best to put them along the top horizontal line. This almost doesn't need to be said though because if you're filling the frame with your subject's face, this is where they will naturally fall.

Photography is an art, not a science. There are no set rules that say how to take a perfect photo. The best thing you can do is experiment and see what works. The Rule of Thirds is in place, not only because it often does produce more appealing images, but to also get the photographer to think outside the box in terms of composition. Framing really can make or break a photo, and centering your subject is not always going to look best.