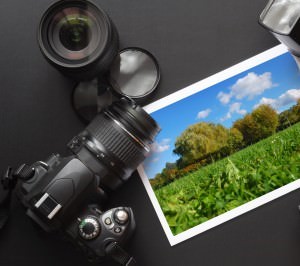 It was 38 years ago that Kodak engineer Steven Sasson captured the first photo with a digital camera. The camera weighed 8 pounds, took 23 seconds to capture the black and white image, and had a whopping resolution of 0.01 megapixels. You could say that we've made a little progress since then. Every year engineers are making camera that are faster, smarter, and more superior, making digital camera from 10 years ago, or even 5 years ago, almost worthless. While it's hard not to name everything that has been improved in digital photography, (megapixel count, autofocus, etc.) below is a list of some of the biggest game changers in the industry in the last 10 years.

This is arguably one of the most significant advancements since the birth of digital photography. The first digital cameras generated a lot of noise at higher ISO levels, making them unpopular or even unusable for low-light photography. In the last 10 years, ISO performance has improved dramatically with high-end cameras being able to use ISO settings at high as 6400 with minimum noise levels.

Low-light performance is often a big factor when separating cameras in terms of quality. Cheap cameras, though they may take excellent photos in normal daylight settings, suffer when it comes to dimly light scenes. This increased noise performance allows digital cameras to capture scenes in a quality that wasn't possible with film or earlier digital cameras. It has allowed for many of the incredible night-time sky photos we see today and also timelapse videos of the stars.

Now this may not be one that comes to mind first when thinking of digital photography, but due to the ability to cram a digital sensor and lens into a phone, everyone now has a camera, and this has perhaps changed the world of photography more than anything. Camera phones have allowed users to capture impromptu moments with their friends and of every other aspect of their lives. They allow users to connect and share things with one another.

It's hard to imagine a world without camera phones. Think if there were no cell phones photos on facebook. There would be no Instagram. We couldn't text photos to one another. How would you know what all your friends had for lunch that day? Okay. I never said camera phones were a strictly positive change, but they are a significant one nonetheless.

Facebook, Flickr, Tumblr, Reddit, Photobucket, and 500px. All of these sites were created in the last 10 years. While not all of them are exclusively photo sharing sites, none of these would be thriving today if it wasn't for the popularity and affordability of digital photography.

Digital photos are the new medium with which we express ourselves now. Never before has a generation been so obsessed with imagery and photos. Our world is more a visual world than it ever has been before and the existence and extreme popularity of these sites goes to prove that.