Spice up your creative life with a photography project. Here are our top 12 project ideas 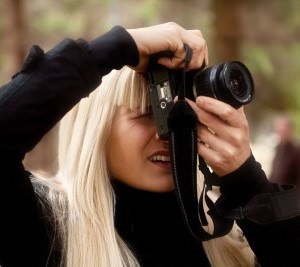 Photography projects are personal, creative endeavours that I think everyone should undertake, from time to time. Shooting for a project is helpful in many ways. It keeps you focused on one idea instead of having to ask yourself what to shoot next all the time. It is also very motivational and you never know how far you project could go until you finish it and show it to the world. Here are our top 12 project ideas.

It has become one of the most successful projects, and that is no surprise because there are some great ones out there. The idea behind it is simple . Shoot a good photo, everyday. It can be anything you see interesting that day, from a pair of cool shoes in a store, to an abandoned building. A word of advice though, Instagram photos of lunches are rapidly loosing popularity.

2. A new technique each month

It doesn’t sound easy and it isn’t. To actually learn something you have to keep practicing. Choose a totally new technique to experiment each month. It can be something new in the way you shoot , a new Photoshop trick, a different way of lighting the subject, you name it. It will be very useful in the long run to try out all the new ways of doing things that are out there. The ones that appeal to you are the ones you should keep practicing until you master.

Hit the streets and ask people to take their portrait. It sounds a lot harder than it is, trust me. Do it one day in a week for a while and after a few months make a selection of the best portraits. Make a commitment not to return from a day of shooting without a certain number of photos.

4. Photograph the less known places in your city

Every city has its secrets. It doesn’t matter if you were born there and have lived all your life in the same place, I guarantee you, there are still unturned stones. Go out and find them. They can be old buildings, little streets and alleys, old stores , etc. Every city has its history and its lesser known parts that are worth exploring. You might find yourself feeling like a tourist at home.

5. Pick a theme each month

Challenge yourself monthly to shoot something you’ve never shot before. You could be a portrait photographer who has never shot food. Give it a try! You might not make a career shift any time soon but it’s worth knowing what it’s like to be in another pro’s shoes for a change. You are likely to find new passions you never knew you had . A good friend of mine, who is a wedding photographer, recently took on a project like this and fell head over heels in love with astrophotography. I’m envious because he’s got that look on his face that you see on children when they get a new toy for their birthday. His wife isn’t so excited though.

I could go on for hours about how cool shooting film still is, and always will be. I won’t this time, but anyone should try it at least once. It changes you as a photographer, especially if your were formed in the digital era. You don’t have to spend a fortune on a new lab or fill a closet with film, but try and shoot at least one or two rolls each month, for the fun of it. Shoot whatever you like and pay attention to the process. Although it’s apparently similar to a DSLR, it’s quite a different story.

Somewhat similar to the 365, but it’s based on phone photography. Use your smartphone to document an interesting part of your day. A place you’ve been, some you’ve met, a new beer you tried, you get the point. It’s a small, creative exercise but it will do you good.

The evolution of technology in photography is fascinating. Today’s cameras are amazing and we are lucky to be using them, but what cool stuff they had back in the day! I’m talking about pinhole cameras, wet plate cameras...you can make a camera out of almost anything. Finding a totally different way of doing the process could bring new meaning to how you see photography. It may literally be the “rebirth” of you as a photographer. There are quite a few camera geeks out there who you can turn to for advice and expertise. Like I said, with the right skills you can make cameras out of old tin cans. The photographing process will be an experience different than anything you have ever tried so far and it can bring a great sense of achievement.

9. Go on a photographic journey

Sometimes, going on a road trip or flying half way around the planet is necessary to bring peace again into your creative life, and sometimes into your personal one as well. Make the next trip about something interesting instead of carrying 50lbs of gear that you probably won’t use more than a few times. Find a place or a story that you would love to photograph and go do it. Come back, edit the material and put together a book or an exhibition.

10. Photograph a place in each season

Choose a location that inspires you and make at least four compelling photos of it in one year, one for each season. Try to match the composition each time and maybe even chose a specific time in the day.

11. Pick a famous photo each month and try to recreate it

This is a great exercise to improve your skills. Pick a famous photo from the genre of your interest and do your best to recreate it as faithfully as you can. Do it once a month because sometimes it involves a lot of preparation. After you take the shot, feel free to experiment and ad your personal view to the scene.

Make a list of your top ten favorite songs and for each title, come up with a concept for a photo. Put it down on paper and go shoot it. Put them all together and share them with other fans.

Also Read: 8 TIPS MOST PROFESSIONALS WISH THEY HAD LEARNED EARLIER