How to Photography: How to photograph fog 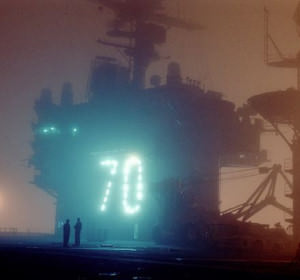 Fog can make a landscape truly dramatic, but shooting in foggy conditions can be difficult. You face the risk of a very flat image and often deal with lack of visibility.

Fog is essentially made of ice crystals or water droplets and it can happen any time of the year. The density can vary depending on numerous factors, but the thing to remember is that it typically forms where there are significant temperature differences between night and day. It usually forms at night and most of the times it can be seen early the next morning. The best places to look for fog are close to water. River banks and lakesides are great places to photograph foggy landscapes with a special atmosphere.

How your camera sees it

Fog creates significant contrast issues. Much like clouds (and softboxes), the effect of fog on natural light is that of softening it. This causes a major decrease in overall contrast for the perception of your camera sensor and, unfortunately, not much can be done do change the light, but only to adapt to it. Shooting hand held is also potentially difficult as long exposures are required most of the times. If there is a direct light source in the frame, like a street lamp or the windows of a house , it helps to find a higher viewpoint and get closer to the surface of the fog. It is often a question of luck whether the density will allow you to see another light source right away, or whether you will have to wait for it to lift. Trying multiple angles is the best way of dealing with this. The movement of fog resembles that of water. That means you will have to keep an eye out for changes in light, as they can happen very quickly.

For focusing, there is no fail proof method, but I strongly recommend relying on more than one lens. Take your wide angle lens as well as your tele zoom with you. Sometimes, the only clear sight will be that of a house on the opposite hill.

Filters can be helpful, but only if you are dealing with a thin fog. Using a circular polarizer in dense fog will probably won’t have any other effect than extending exposure times. If there is more visibility however, and especially in summer, a polarizer can enhance greens and blues. Also, always remember to keep your camera protected when shooting near water because fog could condense on it.

Misty landscapes can make fantastic photos. If you want to try and capture these beautiful sights, have a flexible approach and be prepared to constantly shift position or angle of view. Go to higher grounds when shooting through thin fog and go for the middle when dealing with thick fog.

Consider enhancing contrast and color in post processing, although I advise doing your best on location without later edits in mind.