7 very rare lenses every photographer would love to own

In photography, you have your average consumer gear that most amateurs use, you have your standard pro cameras and lenses that most professional photographers use for a living, and then you have the crème de la crème, the exotic beauties that most of us dare not even dream of. This following list contains some of the most advanced lenses ever built. They are simply optical works of art. Some were way ahead of their time, others have unmatched specifications. One thing they have in common is that they are all extremely rare and that is only part of what makes them so valuable. Here they are.

There were two clients for this lens. One was NASA, and to be fair, it’s not all that surprising. The other customer was Stanley Kubrick. You see, Zeiss made ten of these. They kept one for company history, they sold six to NASA who used them to photograph the dark side of the moon in 1966, and they sent three to Kubrick. He wanted them for shooting candle light scenes in his movie “Barry Lydon”. At f0,7, this lens is significantly brighter than the human eye. One of these beauties was sold at an auction a few years ago for $90,000. 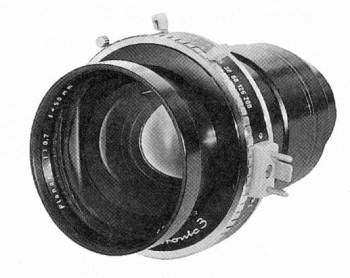 This lens was made for medium format cameras. At 250mm,it has the equivalent focal length of 135mm on full frame. Nothing to raise your eyebrows so far. Except for the brightness. To build a lens of this focal length at f1.3 is nothing short of extraordinary. It is the fastest lens ever produced for medium format and recent Ebay prices were around $33,000. 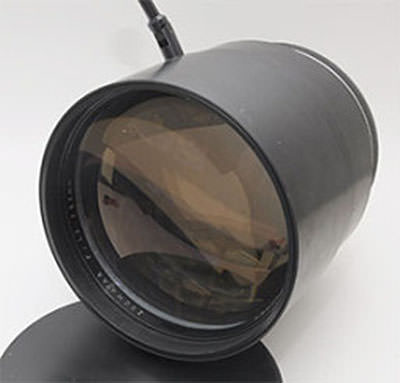 It is a monster by all means. It is the largest lens ever created for a SLR camera. Rumors have said that it was designed for government use in the cold war. Whatever its use, it is extremely rare. It weighs 220lbs (100kgs) and has a lens cap that if it were a hole , an adult could fit through it. The minimum focusing distance is 393ft (120m) and it is best used for photographing objects within a range of 18-32 miles. The brightness is controlled via a set of ND filters , corresponding to f14,f16,f22 and f32. I wonder what someone would look like using one of these from their balcony.

It was officially shown to the world for the first time at the 1970 Photokina, in Cologne, Germany. It is not known how many of these were officially made, but currently they are extremely rare and valuable. It is the world’s largest wide angle lens ( 35mm format). It weighs a staggering 5,2 kgs and has a field of view of 220 degrees. With this lens, it is no joke to say that you see what’s behind you when focusing. It literally does that! And all that at a brightness of f2.8. It truly is a Japanese triumph of optical engineering. Recent prices were reported to be around $160,000. 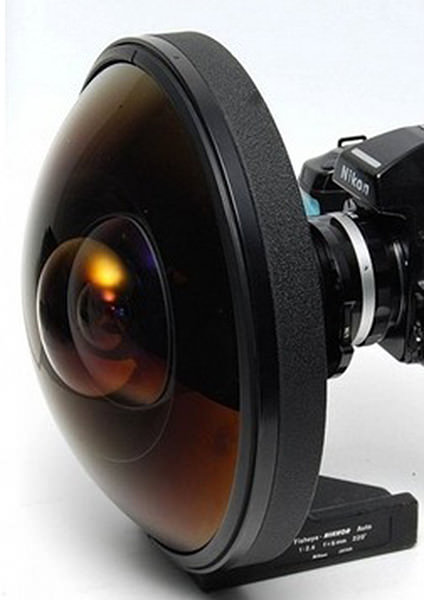 First of all, the combination of 500mm and f2.8 is very difficult to produce. Couple that with the fact that this is a zoom lens and you end up with a fantastic piece of equipment for wildlife and sports photography. Besides having incredible capabilities, it looks like a cannon from a Sci-Fi movie , which some photo-geeks may find very appealing. But getting serious, it is a great achievement for Sigma and a wonderful tool to work with if you are a sports or nature photographer. While not in the price range of most shooters, you can buy a copy here . 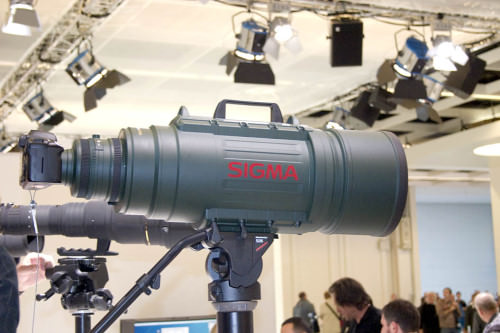 It was designed to meet “the high demands of a customer with a special interest in wildlife photography”. The unknown client opted for a Hasselblad 203FE 6x6 camera to pursue his interest and wanted a proper lens for the job. The price has not been made public , although the manufacturer stated that some of the glass blanks ( that is the uncut glass) cost more than a luxury sedan. It is no surprise that Zeiss is the company responsible for this wonder of technology. They have a serious background in space optics so I imagine they accepted the challenge with smiles on their faces. What they managed to come up with is nothing short of brilliant. It has the look of something sent back from many years into the future. It weighs as much as a motorcycle, and at 564lbs (256kgs), special servo controlled aiming and focusing systems had to be designed. This technology was inspired from the design of scientific telescopes . The construction is made of 15 optical elements in 13 groups and to be able achieve a brightness of f4 at this focal range was a challenge well met by the Germans. 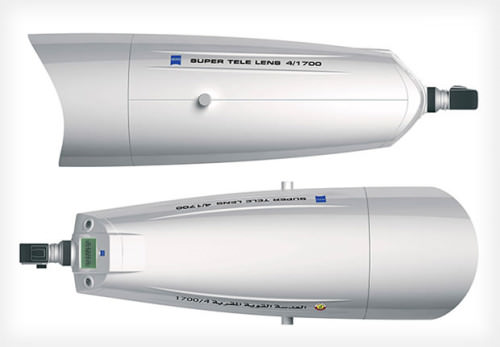 Find out what the advantages of medium format are from this book.

Only 350 copies of this 1976 model were ever made. Some photographers call it “The Holy Grail” of all lenses. Why is it so special? It is a 13mm wide angle lens that doesn’t distort. That’s right, it allows the user to obtain perspectives unimaginable with any other lens at close range. There was a rumor that each of these 350 jewels was blessed by a Shinto priest and that the Japanese customers were all invited to the ceremony. It has also been said that it is the sharpest lens Nikon has ever made and that the 14-24mm f2.8 gets close , but not quite there. It has always been a very expensive item , both used and new, partially because it is so rare but also because its unique abilities make it a very universal creative tool for any photographer. 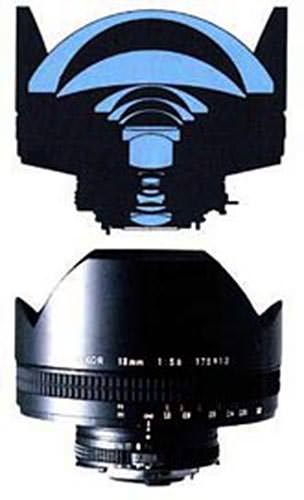 Read more about Nikon’s fascinating history in this book .